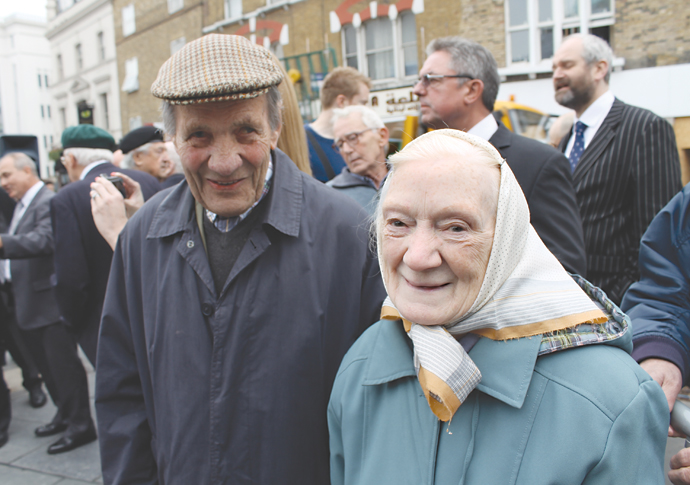 THE long shadow of starvation and beatings followed the life of Ernest John Mount at distant moments in his life – but he always pulled through, a stoic figure that can only command my admiration.

I knew the Mounts through Jim Mount – Ernest’s uncle – who acted as a kind of “minder” for the old Holborn and St Pancras MP Jock Stallard in the 70s and 80s and would often keep me informed about his chief’s diary.

I never knew until recently that Jim had a brother, Ernest John, who had been swallowed up in the Second World War as a prisoner of the Japanese in the Far East. Enlisted in the Royal Artillery, he was captured in Java shortly after the war with Japan began, and was later shipped off to Japan with thousands of other British soldiers and forced to work in coal mines – starved, beaten, thousands died from disease and continued beatings.

In the ship to Japan, the prisoners were kept in “hell holds”, with little food, dysentery rampant.

“You’d get up in the morning and your mate wouldn’t,’’ Ernest told one of my colleagues who spotted him, a quiet, thoughtful man, standing with reverence at an Armistice Day service some years ago. 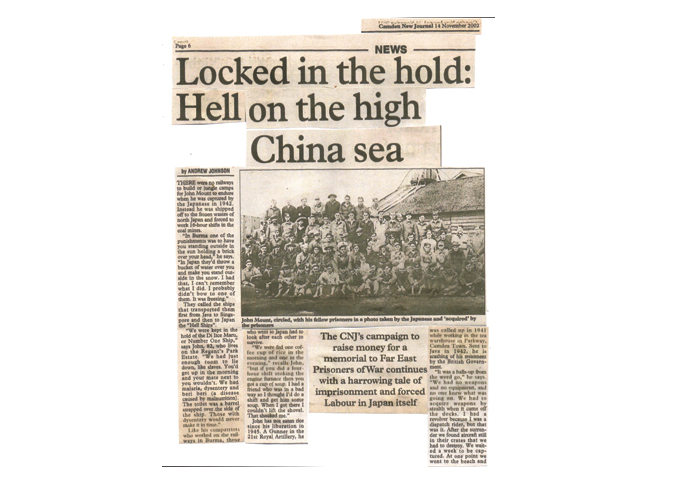 The New Journal feature from November 2002

When Ernest and the others were released they weighed just a few stone.

And, like so many soldiers and airmen who came back from the war, they hardly talked about it.

“There was so little known in the post-war years about post traumatic shock,” his son David told me this week.

“My dad didn’t talk about those terrible days. I think it may have been difficult for him to keep a job in the early years, and he had dark moments, I know, but he would never let it overcome him.”

His son treasures a copy of the Camden New Journal of November 14, 2002, where the harrowing story of his father’s life unfolded in the interview – it really had been the first time he had heard it in its gruesome detail.

My colleague had caught Ernest in a cathartic moment on Armistice Day remembering bitter memories buried for decades.

Ernest grew up in the Buck Street area of Camden Town in the 20s and started work at 14 in a “tea warehouse” in Parkway, Camden Town.

Later, he married a local woman, Mary Bradstreet, and they had two children. 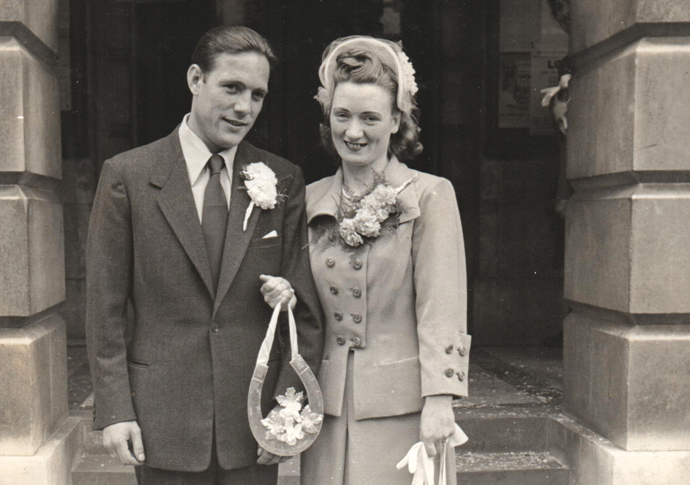 Ernest and Mary on their wedding day in 1954

I would never have got to know anything about Ernest Mount had it not been for the war memorial Japanese PoWs opposite the tube station in Mornington Crescent .

It all started after readers raised more than £8,000 for the memorial which was designed by a New Journal team, and erected more than 20 years ago.

Shamefully, a curtain has been pulled across that dark period in which more than 30,000 PoWs were brutally maltreated.

For many it is just a page that has to be turned but I could see when I met Ernest a few years ago what it meant for him. It had been difficult for him but he had walked from his home in Regent’s Park estate – he was just over 90 at the time.

Sadly, I learned this week that he had died in June, just two weeks short of what would have been his 100th birthday – and, sadly, too, his wife Mary, died a few weeks ago in December, also just short of 100.

Now, the Mount family, like so many working-class families, have vanished from Camden Town with the ebb and tide of life.

David now lives in Worthing, his brother John in Ramsgate.

An era has come and gone – and in some respects it was all inevitable yet the war memorial gave thoughts for this saga to me.

It is a unique memorial that has a special meaning for many old PoWs.

Schoolchildren should be taken to the site so that they can be given a “living” history lesson, harsh and brutal though it was.