A sad end for this unique, noble and generous-spirited institution 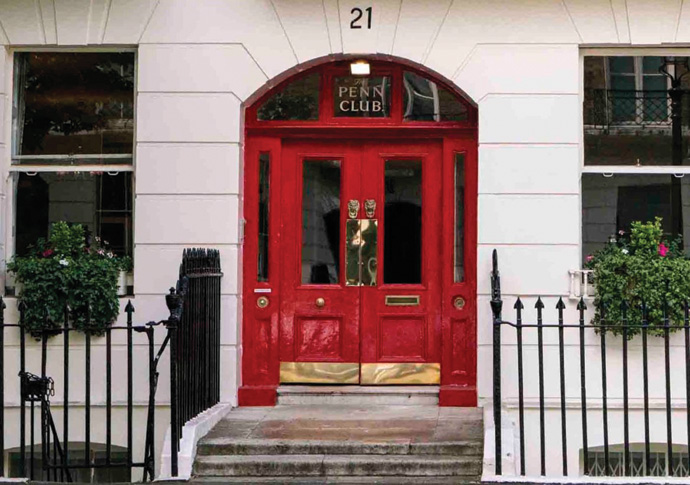 The Penn Club: Its doors opened hospitably to generations of guests paying less than half the going rate of central London hotels

IT wasn’t run by a hotel tycoon with a greed for profit. Nor by men in suits in distant boardrooms.

It wasn’t run for profit. The “hotel” I am referring to – known in many parts of the world – as the Penn Club in Bloomsbury was run on Quaker principles of hospitality.

And now, I hear this week, the Penn Club is to close its doors in Bedford Place after 100 years – another victim of the pandemic as hotels, in particular, fall under the axe of the lockdown.

Even so, with its 15 staff now facing redundancy, the Penn Club is still observing its Quaker faith by providing free accommodation to several nurses at the nearby University College Hospital.

It’s an example of how an enterprise should conduct itself – all profits having been ploughed into the hotel to keep it up to date.

Though it stood off Russell Square, a walking distance from the British Museum and the West End, the hotel of 43 bedrooms never charged “West End” hotel prices but kept its rates down to £71 a night – not even half of what it could have charged.

It grew out of the bloody battlefields of the First World War when a group of Quaker friends who had served as ambulance drivers and medical auxiliaries started the enterprise with the noblest of intentions – to provide good, decent accommodation at a rate people could afford.

They created an annual membership fee costing latterly around £140 which gave members a discount on nightly rates as well an ownership in the enterprise which was registered as a company limited by guarantee – similar to the mutual society run by John Lewis. This year it had 1,000 members from all over the UK, US and Australia – often attracting academics visiting London for study and conferences.

It stands as a lovely Grade II-listed building and was designed by an eminent early Victorian architect John Burton. It has attracted famous members down the years including the sci-fi writer John Wyndham, author of The Day of the Triffids.

But it had something other hotels – and certainly the big chains – lack: a sense of togetherness among the staff and the guests who frequently returned. The media has been full of the closures hitting high street stores. When a store like Debenhams closes it becomes a public event. Yet, in a way, the sudden end of the Penn Club focuses attention on government failures in the pandemic.

Could the Penn Club have survived the collapse of the hotel trade if the government had subsidised hoteliers directly or indirectly, say, by contracts to house – temporarily – homeless people and some of those in urgent need on council waiting lists? Last year Westminster Council and Camden Council had such contracts with hotels, big and small chains, but none, it seems, in the past few months.

Imagine, there are hundreds of empty hotel rooms all over the capital – and yet there are so many homeless in the streets, and this week so many kipping down in sub-zero temperatures!

And what will happen to the Penn Club hotel?

With the anticipated decline of the hotel trade in the next year or so, as visitors to London fall away, it is expected that the Club’s landlords, Bedford Estates, may convert the building into “luxury apartments” on long leases.

I understand negotiations between Bedford Estates and the Penn Club on possible rent reductions failed to reach an agreement, and that their long lease will end in March.

It is truly the end of an era as the general manager Fergal Crossan described it in a sad voice. He, too, of course is facing redundancy.