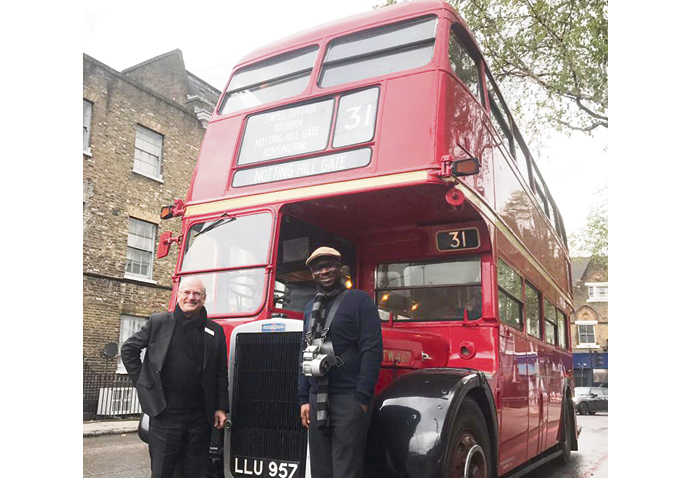 Sir Peter Hendy and Edward Adoo with the No 31

A CLASSIC No 31 bus made a “farewell” journey from its historic base in Westbourne Park, picking up stunned passengers on the way.

Metroline is taking over from Tower Transit in a new five-year deal with TfL that is seeing the No 31 move its base to Perivale. 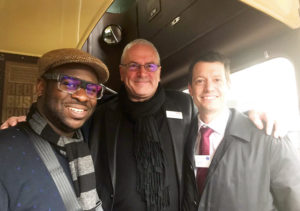 Mr Adoo said: “I went to this bus event a few weeks ago and I bumped into Liam Daniels and I said this tender is changing and we should do something.

“The 31 has always been part of Peter’s life, and Liam and Peter both own the bus that Peter drove on the day.

“When we left Westbourne Park the first stop we had six people but between Kilburn and Camden we were chocker.

“At Swiss Cottage there was a guy and his son who was saying it was bringing back memories of being at school. 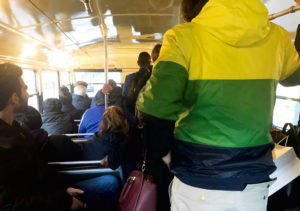 Passengers on the bus’s upper deck

“There was a lady in who stayed on all, just because she was enjoying the ride. I had to ring the bell three times because the bus is full.

“I started to see enthusiasts waiting on the pavement, taking photos.”

He added: “I get on buses regularly. You don’t see many happy faces. People were talking.

“Everyone wanted a ticket from the Gibson machine.

“With the Windrush it’s been a negative week, but this bus has put a smile back on my face.”