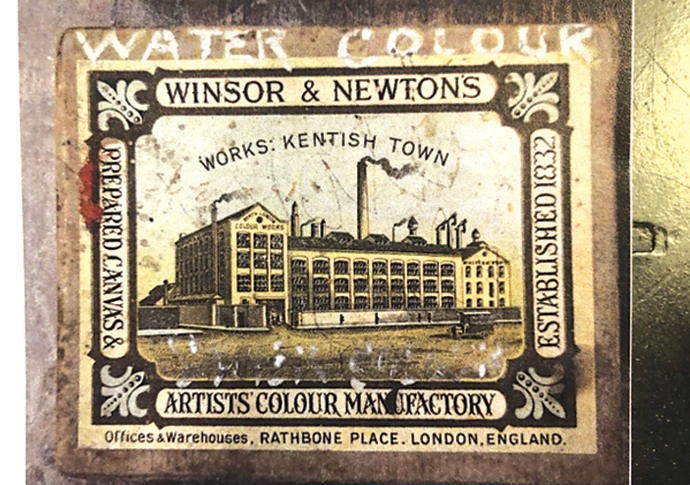 DISCOVERING the lives of those who lived in your home before you became the focus of a special lockdown project for neighbours in Kentish Town.

Now a micro-history of two streets, off Prince of Wales Road, has formed a new booklet – Ryland Road and Perren Street: brief histories – put together by history sleuth Sara Carroll. It reveals a wealth of fascinating stories about the communities who have walked our streets before us.

It sprung from a residents’ newsletter produced each day at the start of the pandemic.

“Stay home, stay local. These Covid lockdown instructions inspired us to reach out to our neighbours with offers of help,” writes Sara.

As people got used to lockdown, the focus of neighbours expanded – and they began discussing the history of their homes.

Sara, and contributors Martin Plaut and Trisha Montague, noted how there was a shared and enduring fascination with their street’s background.

“We engaged in research and produced articles for our newsletter,” writes Sara.

“We discovered and wrote about the people who lived in our houses before us – where they went to school, their jobs, the effects of war.”

With an aim to entertain and pique interest, rather than produce an academic tome, they have created for the neighbour­hood a fascinating picture of the households and businesses, factories and schools.

Inspector William Tomkin as the “worst street for immorality in the division,” with two brothels.

Many residents worked at a false teeth factory in Anglers Lane, and Ryland Road was at the heart of the area’s renowned piano-making trade.

Some homes were the base for cottage industries. Reginald Dix offered music lessons, while a Mr Ramsey advertised his services as a piano tuner. In Perren Street, Imperial Organs offered to buy your used keyboards.

Other tradesmen were not so honest. PH Products of Perren Street operated during the war, and had their collars felt for selling “Vit-Orange”, which claimed to have the vitamin content of 16 oranges per dose. In fact, it had a miniscule splash of citric acid, with no Vitamin C traceable.

In 1943, they tried selling “PH onion Powder”, advertised as an onion substitute. It was discovered to be nothing more than ordinary wheat flour with “a scarcely detectable onion flavour”, selling for 64 times the price of the flour itself.

“We emphasised the human element,” writes Sara.“It made us think about our environment differently. We were shocked by the number of people living in one smallish property in the late-Victorian period and amazed that some had live-in servants.”

Chapters on war damage, the story of Talacre Open Space and a pre-petrol engine world of horses and carts are among many that provide a fascinating and entertaining guide to two small streets whose stories will be recognisable to all in the borough.