OPINION: Gunners fans need not despair over the early exit – but the manager must learn some lessons 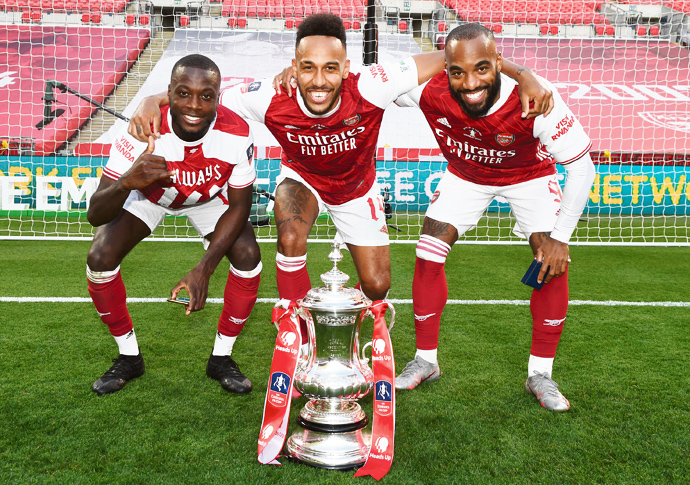 SO Arsenal lose an FA Cup match to the two-time champions of Europe and everybody goes bananas.

Guys, take a breather, compose yourselves and gently consider that whatever happens in this year’s competition, the name Arsenal is still going to be sat there at the top of the list as the club that has won “the famous old tournament” more times than anyone else.

The feverish delight that met the Gunners’ exit to Nottingham Forest on Sunday was as if some dark overlord had been felled by Lewis Grabban; the subjugated football people running into the streets celebrating with hands aloft that this year “it won’t be Arsenal”. At the time, when you are watching the open-top bus spin around Highbury Corner with the silverware on show for the 14th time, you don’t realise just how much resentment is building among the trophy-impoverished. You forget they have spent a lifetime telling their children, “Maybe next year, eh?”

Certainly, it is hard to feel embarrassed about not winning the FA Cup when it has happened to us so often.

If anything, the sweaty palms all around the Tottenham Hotspur Stadium for the visit of Morecambe – they are described as “minnows” in football parlance, or seven thousand places below Tottenham in the “football pyramid” – were more hilarious than a depleted Arsenal team losing to a Championship sleeping giant.

Spurs fans know what their team is capable of and certainly, nothing will match their watershed collapse to Mura, the Slovenian team you have gone through most of your life not knowing because they were only founded 10 years ago and come from a town – more of a village – with a population of only 10,000 people, earlier this season.

Let’s get the shocks in perspective, before you WhatsApp another picture of Forrest Gump racing past Mikel Arteta.

None of this, however, excuses the fact that Arsenal should’ve been able to win the cup tie.

A lot of the talk about the club being on the up has papered over the faults of Arteta’s time.

At the weekend, we had Nuno Tavares flinging his gloves off after being substituted in the first half; normally it’s polite to wait until after the interval.

Hopefully, peace will have been made, but there is a growing list of players now that the Arsenal manager doesn’t seem to be able to… manage. Back to Ozil, there was Guendouzi, the mystery Saliba, the captain Aubameyang – all a struggle – and now tantrums on the touchline.

Maybe some of his charges aren’t impressed enough by his coaching CV. Either way, Arteta is going to have to learn quickly if he is to take Arsenal to FA Cup number 15.