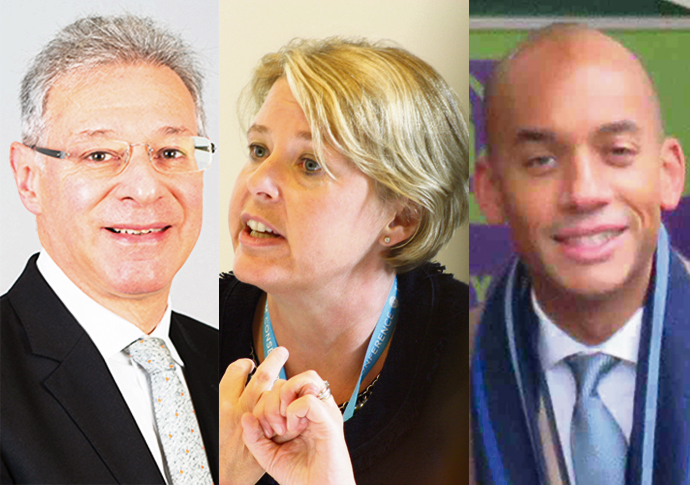 LABOUR’S new candidate in a key election battleground has dismissed two-time defector Chuka Umunna’s hopes of winning the seat for the Liberal Democrats.

Human rights barrister Gordon Nardell QC was selected by the Labour Party’s national executive committee, to stand in Cities of London and Westminster, the constituency often referred to as Two Cities.

His appointment comes after the original candidate Steven Saxby stepped down following an allegation of sexual harassment, which he denies.

Two Cities will be one of the ones to watch on December 12 election night because Labour and the Lib Dems both say they can gain the seat from the Tories.

Conservative Mark Field, who was caught up in controversy this summer when he frogmarched a female environmental protester out of a Mansion House dinner, is stepping down as MP and his party will instead field Westminster Council leader Nickie Aiken as their candidate.

Mr Umunna, meanwhile, is a newcomer to the seat, having abandoned Streatham, where he had previously served as a Labour MP. He quit Labour to help form The Independent Group and Change UK. After the new group failed to make impact at the European elections, Mr Umunna changed course again, leaving Change UK and later joining the Lib Dems.

Mr Nardell told the Extra: “The 2017 general election proved that this isn’t a safe Conservative seat any more. It’s a close race between Labour and the Tories, just 3,000 votes apart. People who need a Labour government now recognise that their vote will make a real difference. The Lib Dems have no chance here, they have come a distant third in every parliamentary election in recent history.

“People know that if they want a change of govern­ment, that means voting Labour.”

Local Labour Party members were not given a say on Mr Nardell’s selection.

When asked by the Extra if this made him less confident, Mr Nardell said: “I know the Two Cities well, I’ve spent most of my career working here, and I was delighted to win the support of so many local Labour members the last time they chose a candidate.

“In the last few days hundreds of members and supporters have been out knocking on doors with me in the cold and wet. They are confident Labour can win here, and so am I.”

He added that he was con­fident in the Labour Party’s Brexit strategy – to hold a second referendum, albeit after renegotiating a withdrawal deal – was appealing.

“We are the only major party offering a democratic solution to the Brexit impasse that the Tories’ arbitrary red lines have created,” he said.

“The Tories and Lib Dems are entrenching divisions by speaking only to their echo chambers. Labour wants to heal the country by speaking to people on both sides of the Brexit debate. That’s the right place to be.”

The barrister at Twenty Essex Chambers is a controversial figure himself.

He left his role as executive director of legal affairs for the Labour Party ahead of a BBC Panorama documentary which was critical of the way Labour handled anti-Semitism claims within the party. He described himself as a “lifelong Labour member” and was previously a councillor in Southwark.

Ms Aiken was selected ahead of fellow councillors Tim Barnes and Antonia Cox at a meeting on Monday evening.

Tory councillor Murad Gassanly, who defected from Labour, tweeted: “She’s a real residents’ champion and will put Two Cities first. I can’t wait to crack on with the campaign and defeat both the anti-democrats and the communists.”

The Green candidate in Two Cities is Zack Polanski.