‘Bistro’ would be named after 18th-century West End stage character 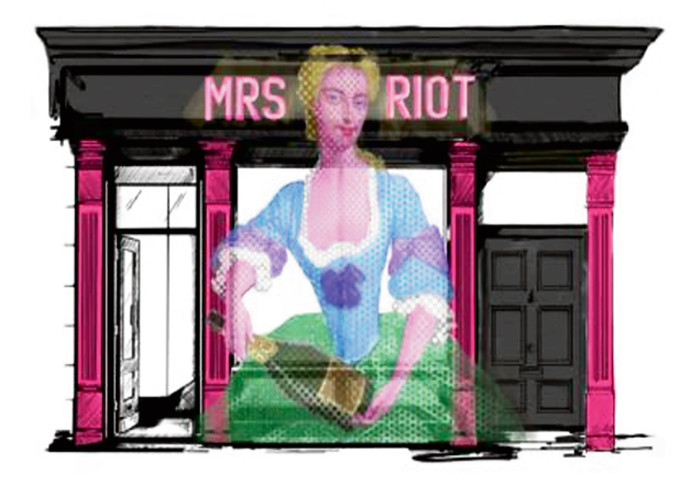 Designer’s impression of the ‘bistro’ look for Mrs Riot

A BOUTIQUE menswear store could be turned into a “bistro” named after an 18th-century star character of the West End stage.

It would be named “Mrs Riot” after Kitty Clive, an unruly performer and pioneering feminist who lived in the street. She is considered by some to be “London’s first celebrity”.

Mr Zuppar said the venue was aimed at a sophisticated clientele, but objectors say it will lead to anti-social behaviour and noise pollution.

One resident who lives opposite said they were “concerned about the public nuisance and noise impact” and disturbance caused by “late night rubbish collection and general servicing”.

Another is sceptical the venue, which Mr Zuppar hopes will “get the Instagram posts into overdrive”, will function solely as a restaurant and thought the design more like a bar.

Mr Zuppar’s application said there were plans for live entertainment at Mrs Riot which he said would consist largely of jazz and classical performances.

The Met police also said the plans, “will cause further policing problems in an already demanding area”. At a licensing meeting yesterday (Thursday), PC Nicole Sondh said: “My greatest concern is ambiguity as to what this venue will be: a restaurant, performance venue, or a bar.”

In a letter to Westminster’s licensing team, Mr Zuppar said: “The restaurant will be operated responsibly alongside all local residents. We plan on being a welcome addition to the rich tapestry of Covent Garden.”

The character was named thanks to her unruly and self-indulgent behaviour, which culminated in a famous burlesque musical number parodying the Italian opera of the day.

Ms Clive was scouted at 17 when she was overheard singing while cleaning the steps of a tavern, later becoming a comedy star and the highest paid actress of her day.

The bistro is supposed to be an homage to the spirit of this “cheeky minx, refined siren… pioneering feminist”.

The committee’s decision is due next week.