Book gives a voice to daughters of Africa 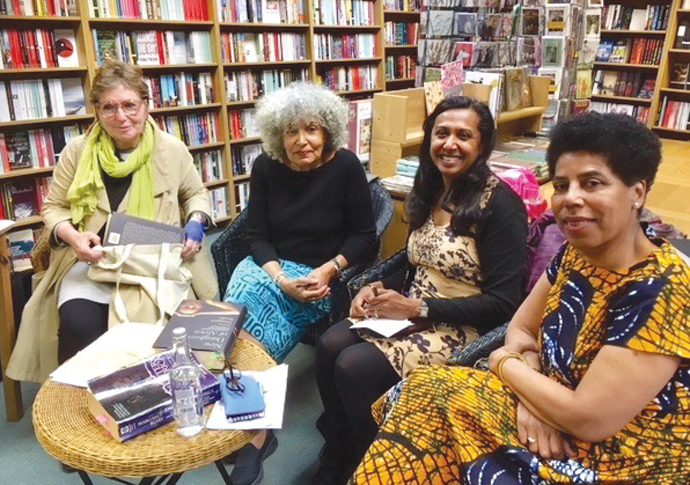 I HEAR that the book my colleague Angela Cobbinah wrote a chapter for is to be launched in South Africa, Nigeria and the US.

Called New Daughters of Africa, it’s a book with a wide appeal but also a special one for women of African descent, and of some significance to London.

Angela Cobbinah writes movingly of her early years as the only black girl in the Cornwall area, a little memoir that caught the eye of the editor Margaret Busby.

My picture shows Nah Dove and Angela Cobbinah after an event in the Owl Bookshop in Kentish Town – Nah, an academic of Highgate, was among 200 writers in the book, appearing alongside Chimamanda Adichie and Zadie Smith.

Nah and Angela were in conversation with Harriet Evans and Shezan Renny of Highgate Labour Party.

Margaret Busby attended the event before flying to a book festival in Trinidad.