Karen Buck was returned to Westminster North, the constituency she has held for Labour since 1997, with a reduced majority

KAREN Buck said it would have been “electorally destructive” for Labour to have fully backed leaving the European Union, in comments following the devastating general election defeat.

The Westminster North MP, who had campaigned for remain, said Brexit had “divided and damaged” the party, while a perception of a “toxic” leadership and timing of the election had also played its part.

The Conservative landslide is widely regarded to have stemmed from its election slogan “get Brexit done” while Labour’s position had become unclear on the doorstep.

But Ms Buck said: “Embracing full ‘leave’ would have been wrong and also electorally destructive. The leadership issue was toxic, the election timing was a grave error, and the delivery of the campaign was flawed.”

She was returned to the constituency she has held for Labour since 1997 with a massive, albeit reduced, majority.

She wrote on Twitter: “We didn’t win the election. Which means we didn’t actually win the argument. I think we had it mostly right on these issues but that’s not enough if we can’t take people with us and put policy into practice.”

Ms Buck described as “wise words” an election message to MPs to listen to councillors in the run-up to next year’s Mayor of London elections. 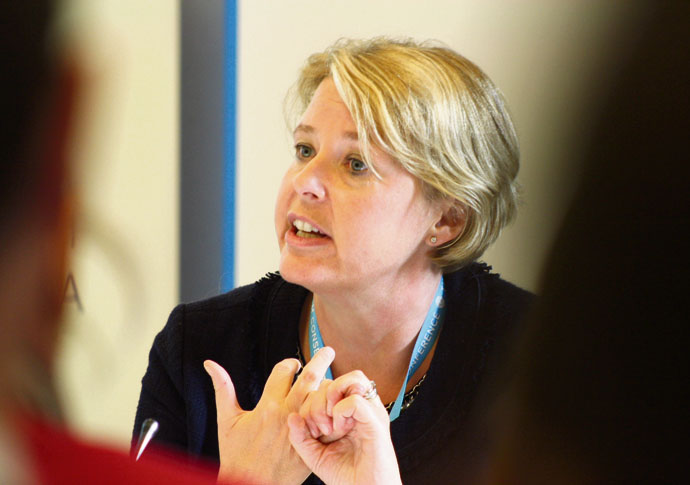 Westminster Council leader Nickie Aiken (above) was elected to Cities of London and Westminster, ahead of Lib Dem hopeful Chuka Umunna, who came second ahead of Labour’s Gordon Nardell.

Critics have questioned the Lib Dems’ decision to field such a prominent candidate in a marginal constituency. Despite each of the party’s claims in the run-up to the election, the constituency was clearly a three-horse race.

Ms Aiken, who in­creased the Conservative vote share on the 2017 election, said: “I was surprised that the Lib Dems thought it appropriate to parachute a ‘celebrity’ candidate into the seat. It was obvious during the campaign that Chuka Umunna knew very little about the unique issues and concerns those of us who live in the constituency have, and want to improve.”

Tipped for a prominent role in government, she was photographed standing directly to Boris Johnson’s right in a group shot of 109 newly elected Tory MPs.

Yesterday (Thursday), she added: “I’ve now spent my first week in parliament beginning to learn the ropes. It is a huge privilege to sit on the green benches on behalf of the people I serve. Now that the Queen’s Speech has been made I look forward to helping see the wide range of legislation announced become law.”

Details of her surgeries will be available in January while her departure from the council will trigger a by-election in the Warwick ward. A decision on the replacement council leader will be made by the Conservative group.