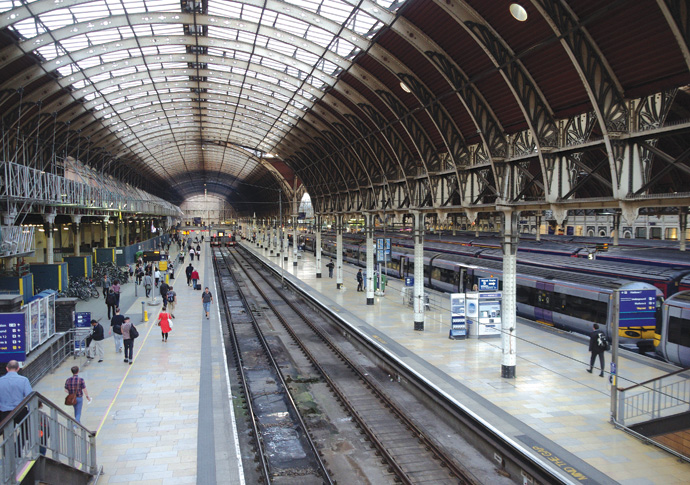 GREETINGS, strollers! We parted company outside the Boatman Institute in Junction Mews, Tyburnia, and now commence this week’s virtual walk by heading to Paddington Basin.

Today, as Diary last week muttered under its breath, the basin is surrounded by patterned paving, al fresco restaurants, shops, offices and homes. It is a very different look compared with its original purpose as a major depot for all manner of goods. Built in 1801, the basin was a hive of activity as boats from the Grand Union and Regent’s Canal unloaded produce to then be taken along the New Road into central London.

The basin’s current houseboats and floating café are, despite the swanky post-industrial look, nothing new.

When the basin was built, there had been what historian Julian Dutton describes as “an extraordinary tectonic shift” on the canals. Between 1780 and 1830 half a million people quit land living for life on the waterways, joining a long established class of water traders like the Thames boatmen who lived aboard their places of work.

The approaches to the basin were full of bargees and their families pulling up for an overnight stay, and while moored they could buy sustenance from boats converted to provide cuts of meat and fill jugs from barrels of differing strength ales. Such floating kitchens date from before the canal craze: as early as 1636, the entrepreneurial John Rooke applied for permission to open a floating eaterie on the Thames.

And today’s vogue for non-work-related canal life, which features in Sunday supplements with clockwork regularity, is nothing new, either: it came to prominence in the late Victorian period, rising in parallel with the Arts and Crafts movement. This backlash to the grimness of the industrial age saw the houseboat as a refuge to the scolding conditions of city life.

And with this new breed of canal folk, the traditional art work associated with barges and narrowboats was celebrated: a style associated with Romany culture boasted detailed brushwork that enjoys Louis XVII airs, alongside gentle floral and castle motifs. They remain the bargee’s trademark today.

A less attractive secret lies beneath the waters of this stretch of the Grand Union, which has had volunteers who help dredge the waters scratching their heads. They keep a chronicle of what they find and where.

Last summer they noticed a strange, silvery reflection glinting out from beneath the silt. Closer inspection revealed thousands of cylinder containers, used to hold laughing gas. They cleared them up – but much to the volunteers’ chagrin, they keep reappearing. 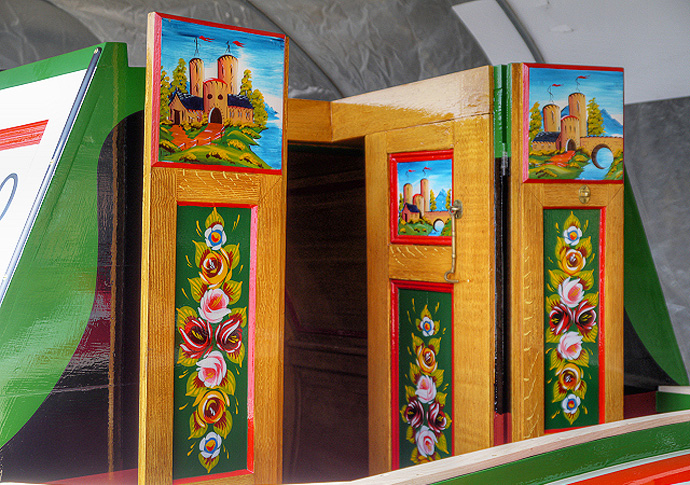 It is believed they are linked with secretive parties held nearby, as laughing gas has become a recreational drug in certain circles. Why those tidying up after such speakeasy shenanigans think it’s OK to send the capsules to a watery grave rather than shove them in a bin is an ongoing cause of annoyance.

Moving on, let us consider how the coming of the railways put paid to canals as a primary form of transport, and turn our attentions towards Paddington station.

It was from Paddington that the first ever train to chug underground, along the Metropolitan line, set off on January 9 1863.

Built using the cut-and-cover method, it ran beneath the New Road as it headed to Euston and King’s Cross. That first underground passenger train was described by the Times as enjoying a “degree” of comfort.

“The novel introduction of gas into the carriages is calculated to dispel any unpleasant feelings which passengers, especially ladies, might entertain against travelling for so long a distance through tunnel,” a correspondent reported.

“The gas burnt brightly and, in some cases, turned on so strong that when stationary, newspapers might be read with facility; but in motion the draught created so much flickering as to render such a feat extremely difficult…” He also noted that despite claims travellers would not be engulfed by the engine’s polluting vapours, at times the interiors were “enveloped in steam and subjected to the unpleasantness of smoke”.

Now we move north west along the towpath and peer into Warwick Crescent, once described as the worst slum in west London.

Built in 1852 by builder William Buddle, the original houses were eventually demolished by the GLC in 1966.

Yet despite of – or perhaps because of – its reputation it attracted literary types. It was home to poet John Browning for many years and Katherine Mansfield lived at Beauchamp Lodge, a hotel for musicians, in 1907. Mansfield, who would become friends with DH Lawrence and be a key figure in the Bloomsbury Group, entertained scribes at the lodge.

The area around Warwick Crescent developed slowly, a place of scattered cottages in the 1700s. The number of pubs, a sign of homes being built, went from a single alehouse in 1552 to just three by 1760, when the nicely named Three Jolly Gardeners opened for business.

It was not so jolly for those who found themselves residing at Brindley Street, along the road from the Gardeners: it was home to the Paddington workhouse. Built in 1845, with separate wings for men and women, it developed a reputation that was unenviable even for a workhouse: its beadle, who went by the name of MacIntyre, was accused in 1861 of various acts of violence against those under his care.

Before he could be questioned, he disappeared, along with the workhouse funds. Rumours that he had not absconded but been done in by furious workhouse residents, and then his weighted body thrown into the canal and the contents of the cash box divided among those who had felt the lick of his belt, were never confirmed nor dismissed.

At the outbreak of the First World War, the building became a military hospital, caring for soldiers who had lost limbs.

Eventually, it was taken over by Paddington Hospital and closed in 1986. The workhouse, pictures of which show it as austere, tall, brick blocks with pitched roofs, give off a vibe of Victorian sternness.

They have since been demolished.