Car-free Mall set to be road-tested 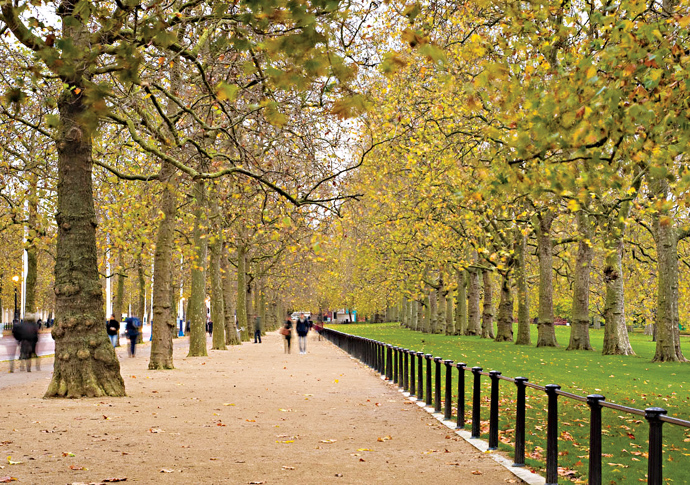 CARS are to be banned from The Mall all weekend as the Royal Parks look to make permanent traffic-calming measures brought-in because of Covid-19.

The famous street, and former royal croquet pitch, is one of several roads around Hyde Park and St James’s Park being made car-free all weekend so “visitors can enjoy the natural environment”.

The Royal Parks charity, which manages the road, said its trial would begin tomorrow (Saturday) and end in February.

Parks transport chief Mat Bonomi said: “Our plans to make the The Mall car-free, arguably the nation’s most iconic road, in daylight hours all weekend, sends a very powerful message that parks are for people.

“By closing sections of Hyde Park we’re creating a safer and more enjoyable space for park visitors in this popular part of central London.”

The Mall gets its name from a form of Italian croquet called Pall Mallie, which was played over large areas almost like golf. The sport was loved by Charles II, who laid out the Mall in 1662 for the game.

But as the sport declined in popularity, the Mall became a public promenade, a stored-lined street closed to vehicles.

It is where the American malls get their name from.

Many Westminster residents will avoid St James’s and Green Park because of heavy pollution in central London.

Because of the coronavirus Covid-19, park roads have been shut or partially closed to vehicles since March.

The air has become cleaner and in line with European regulations for the first time.

The parks charity is now looking to make those emergency changes permanent, in a move that is likely to irk drivers and cabbies who use the street as a thoroughfare in and out of central London.

There has been criticism of the Mayor of London Sadiq Khan for using Covid-19 to implement road closures and introduce cycle lanes without consultation.

Changes have been made to roads using “experimental traffic orders” that can be put in place before the public have been surveyed.

In July, the Royal Parks announced details of its new “movement strategy” for parks.

Cars are also being banned from:

A formal consultation is expected to take place between November to December 2020.