Parade called off due to risk of virus spread 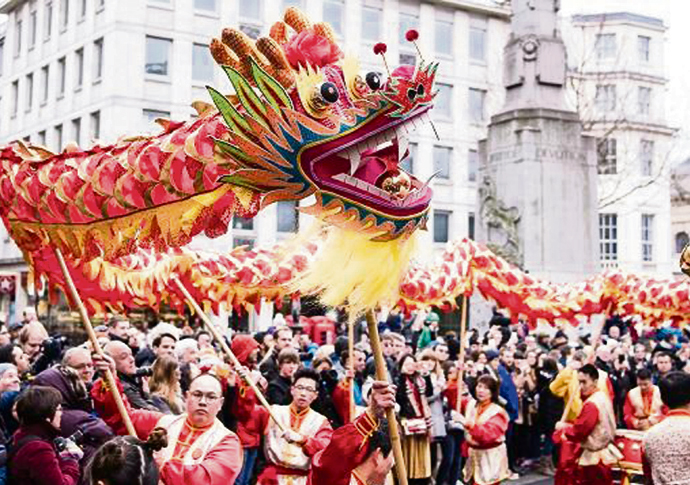 THE Chinese New Year parade has been cancelled to cut the risk of further spreading the Covid virus.

The celebration of the Year of the Tiger was expected to be on February 1. It is usually the biggest celebration of its kind outside Asia and one of the first major tourist events in the West End.

But the spectacular costumed parades and stage performances will be replaced with a small-scale lion dance and night market in Chinatown’s Newport Place with video screens showing pre-recorded performances.

The London’s Chinatown Community Association confirmed it was not practical to organise a big celebra­tion, especially since government guidelines advise people to work from home until January 26 at the earliest.

The parade usually starts in Charing Cross Road before dancing its way up Shaftesbury Avenue ending in a grand finale in Trafalgar Square.

A spokesperson for the Mayor of London said: “As the Omicron variant continues to spread across the capital, the organisers have had to take the difficult decision to scale back the planned Lunar New Year celebrations. It is disappointing we are not now going to be able to gather to celebrate in Trafalgar Square in our usual numbers, however we will still be marking the occasion and details will be announced in due course.”