‘Devoted dad’ taken by the virus in just 18 days 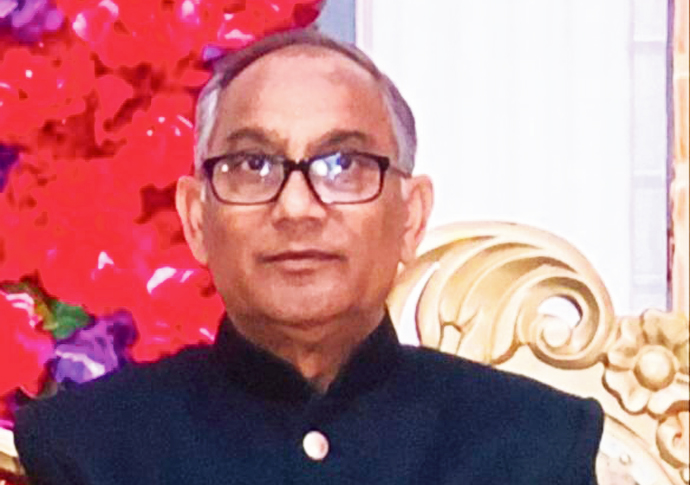 Tributes have poured in for Nayor Miah – the 65-year-old, who moved to the UK in 1977, went on to help set up the Islington Bangladesh Association

A LEADING figure in the Bangladeshi community is one of the latest victims of the pandemic, with his family despairing at “how quickly” he was taken from them.

Nayor Miah, who helped set up the Islington Bangladesh Association after he was the victim of a racist assault in the 1980s, died in the early hours of last Wednesday in an intensive care unit at University College London Hospital.

Tributes have poured in for the 65-year-old from friends, family and prominent politicians.

Mr Miah’s son, Foyaz Ahmed, said: “From the first symptom to the day of his death, it was just 18 days. It happened so quickly.

“We don’t know where the virus came from but it got hold of my dad. He was 65 and he had a lot to live for.”

Mr Ahmed added: “Our father was a devoted, hard-working and loving family man who was guided by the teachings of Islam. He was a pillar of our community. People always looked to him for guidance and saw him as a role model.”

Mr Miah moved to the UK in 1977 from Bangladesh and settled in King’s Cross, just off York Way, before moving to Delhi Street near Copenhagen Street. He worked at the Palm Beach casino in the West End as a chef and also at a nearby theatre.

The assault, in the 1980s, which took place outside Mr Miah’s home, came after there had been racial tensions in the area, with a pub in nearby Balfe Street known to be a meeting place for “skinheads”, one of Mr Miah’s closest friends, Asad Choudhury, told the Tribune.

The Bangladeshi community came together after Mr Miah’s assault and formed the Islington Bangladesh Association (IBA) in Caledonian Road to provide advice and support.

Mr Choudhury, a director of the IBA, said: “Nayor was a very friendly, supportive man who was respected by everyone and did so much for the community. He was a trustee and on the board of directors for the group for years, and we are all in shock.”

Lord Chris Smith often met with Mr Miah and the IBA during his time as MP for Islington South and Finsbury.

He told the Tribune: “He was certainly one of the key figures in that whole process of the community coming together at a time when there was a certain amount of prejudice and fear in the area.

“He was a mover and shaker of the local Bangladeshi community and did a lot of really valuable work in bringing everyone together.”

Mr Miah started showing flu-like symptoms on the weekend of December 19. His wife Nazmun and his youngest son and daughter-in-law, who were living with Mr Miah in Delhi Street, all came down with similar symptoms and tested positive for Covid-19.

They have all since recovered but Mr Miah’s condition worsened after 10 days and he was admitted to hospital around New Year. Within days he was put on a ventilator.

Less than 24 hours before he died, his wife and three children had been called to the Euston Road hospital to see him for the last time.

Mr Ahmed said: “My mum and older brother went up and we had a Zoom call with all his brothers, sisters, nieces and nephews. It was the last time we saw him.”

Mr Miah died at about 4am on Wednesday, January 6. His funeral was held on Sunday.