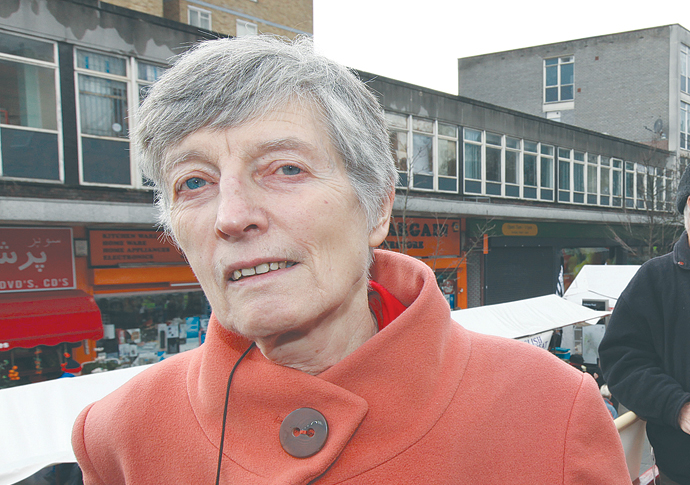 Prof Wendy Savage: ‘GPs don’t refer patients to hospital unless they have made a diagnosis and the person needs specialist advice’

THE president of Keep Our NHS Public has warned of a “serious assault” on doctors as health chiefs moved to dramatically increase their workload.

Professor Wendy Savage was responding to plans from North Central London (NCL) NHS trust to slash the number of referrals hospitals take from GPs by up to 60 per cent. NCL, which manages NHS funding in Islington, believes a large number of patients could be better dealt with in surgeries and often don’t need to make “unnecessary visits” to hospital.

But critical GPs have warned of a “ridiculous unfunded work-dump” on them by the new system that would give them access to hospital-level advice and information via the internet.

Prof Savage told the Tribune: “This is a serious assault on the professionalism of doctors, which could have a devastating effect on patients.

“GPs don’t refer patients to hospital unless they have made a diagnosis and the person needs specialist advice. The idea that two-thirds of patients don’t need referrals seems unlikely.”

She refuted the plan’s implication that GPs are routinely referring patients to hospitals rather than making full assessments themselves.

NCL said its plan followed a successful pilot during the Covid pandemic, adding: “Evidence has shown that approximately 60 per cent of calls avoid a referral or an admission to a specialist service.”

NCL is tackling a huge problem with a backlog of hospital appointments that built up during the coronavirus crisis.

Tens of thousands of Islington and Camden patients have had non-emergency surgery and check-ups put on hold since March last year.

NCL introduced a total block on all new GP referrals for child orthopaedic appointments at the Royal Free hospital in Hampstead last week.

“Given the current waiting times for a first outpatient appointment at the Royal Free, a decision has been taken to temporarily remove this service to new referrals,” an internal memo seen by the Tribune said.

The scheme affects referrals from GPs to Barts hospital for a range of services including for diabetes, gynaecology, haema­tology, rheumatology and urology.

An NHS source said: “There has been a lot of worry that addressing the backlog is going to hamper the hospital’s ability to provide prompt, high quality and safe care to all that need it.”

NCL said that many children were being referred to hospitals with aches and pains that were simply “normal variations of being a growing child” and that hospitals were under “extreme pressures”.

It added: “Across NCL we remain committed to delivering fair and equitable access to the highest quality care and outcomes.”