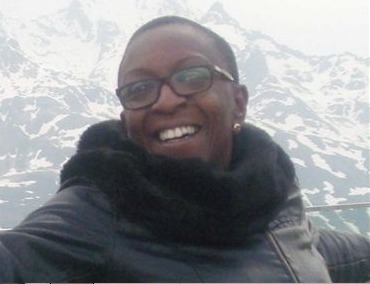 Angela Best, who was an assistant manager at a shop in Angel, was murdered in December 2016

A CORONER’S inquest is probing how a man who had killed two former partners was able to enter a third relationship with a woman who he went on to strangle to death.

Angela Best’s family say she was left unprotected in a relationship with Theodore Johnson, whose past she was unaware of until she found a letter hidden in a drawer at his home in Dartmouth Park Hill, Tufnell Park.

He later murdered her in December 2016 after they had broken up and is currently serving a 30-year prison sentence.

Johnson, 67, had been told to declare any new relationships but kept Ms Best secret from those monitoring him for nearly 20 years.

As the inquest opened on Monday, St Pancras coroner Mary Hassell read out a statement from Ms Best’s sister, Lorraine Jones, which criticised the authorities for having “a severe lack of professional curiosity”.

Ms Jones said there had been missed opportunities to intervene or to establish that Johnson had breached the conditions of his release by entering a relationship with Ms Best.

“When I found out she [Angela] had been murdered it was like time stood still,” said Ms Jones. “That trauma will remain with me for the rest of my life.

“I am extremely angry because my sister was not protected. The only protection in place was to ask a double killer of women to say whether he was in any relationships.

She added: “To find out basic steps were not taken and nothing was done to protect women, I feel Angela had no chance and no choice. I spoke to my sister the night before she was killed and we were laughing and joking. TJ [Theodore Johnson] pulled the wool over everyone’s eyes.” 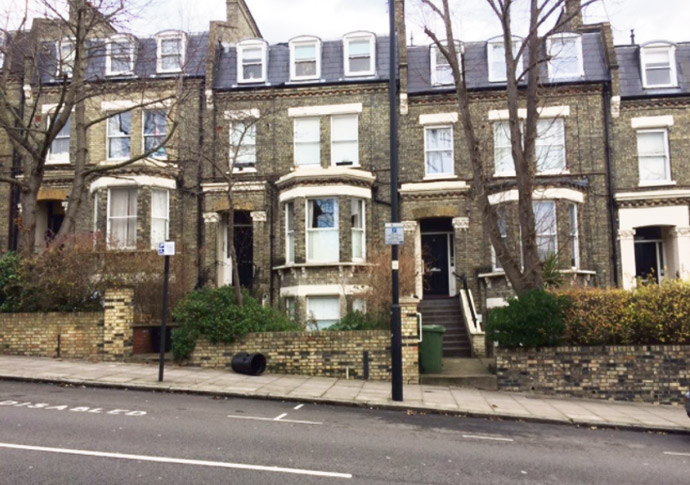 The Tufnell Park flat where Ms Best was murdered

Johnson had been convicted of manslaughter before meeting Ms Best.

In 1981, while living in Wolverhampton, he killed wife Yvonne Johnson by pushing her from the ninth floor of a housing block.

The subsequent court case was told he had been “provoked” and the judge said he had been abused, describing him as a “battered husband”.

Then, in 1993, he was found to have strangled his former partner Yvonne Bennett with a belt as their two-year-old daughter slept in another room.

As their relationship soured, Ms Bennett had tried to get police to remove Johnson from their home in Finsbury Park.

At the Old Bailey, he was given a hospital order with restrictions, after the prosecution accepted he had a personality disorder and was suffering from depression.

He met Ms Best in the mid-1990s while on day release from a psychiatric ward. They later began a relationship after his release in 1997. At no point did he tell his social worker or psychologist.

The court heard how in the early 2000s, Johnson had a stall at Camden Market where he sold women’s clothing.

Ms Best also helped Johnson attend appointments and went with him to hospital for a prostate check, the inquest heard, in around 2013 to 2014. Ms Jones described this in her statement as another “missed opportunity” for authorities to see that he was in a relationship.

The family said Johnson moved into Dartmouth Park Hill in 2011 after a flood at his previous home.

Ms Jones said in a statement: “If TJ was under stringent supervision, questions could have been asked about where he was staying.
“He should have had an officer assigned to him – this is another missed opportunity as housing services should have got involved.”

Ms Jones said if the authorities had properly “monitored” Johnson and told either Ms Best or her sister Valerie, who was living with her at the time, of his background, she would have been protected.

“It is our view that disclosures of such nature should be made to women’s families,” a family statement read. “It should not be left to any woman to extract herself from the situation.” 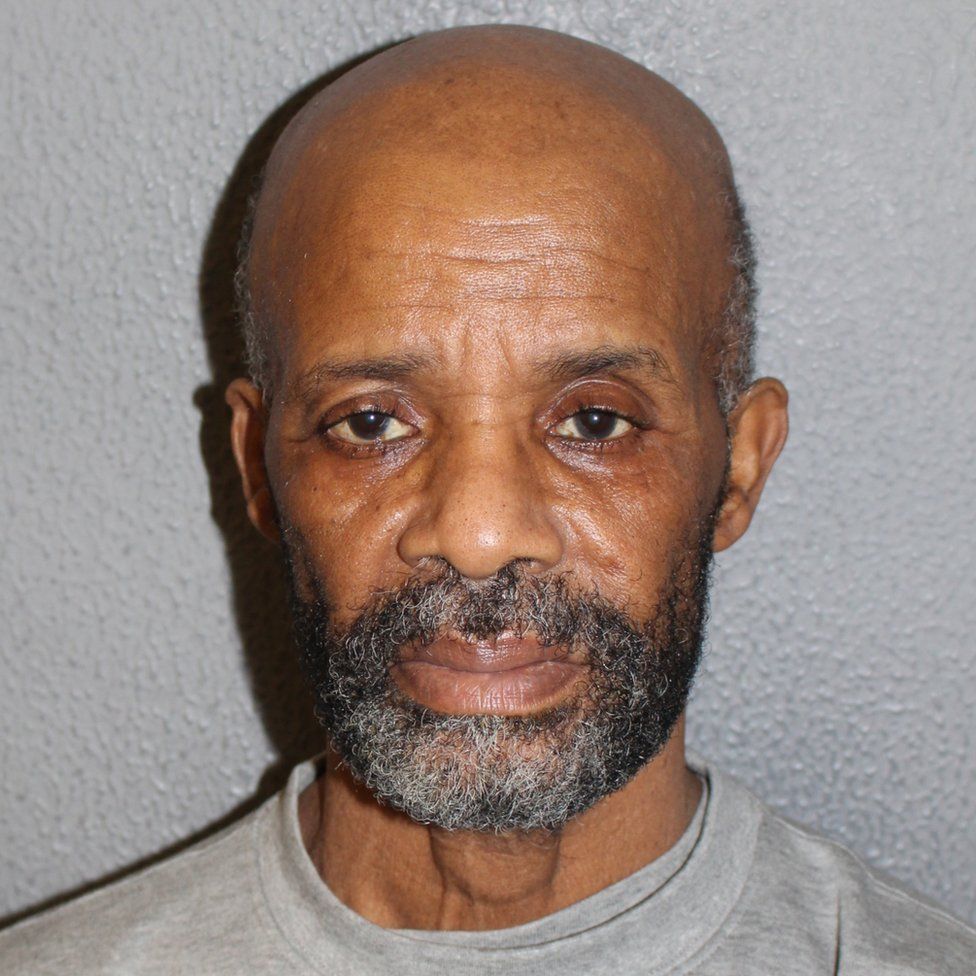 Ms Best, who was 51 when she died, had worked at the Body Shop in Angel, Islington, as assistant manager. Her mother, Josephine Webbe, described her as “kind, thoughtful and loving”.

And in a joint statement to the inquest, Ms Best’s daughters, Simone Best and Monique Collins, said: “She cared for everyone whilst often forgetting herself.

“Her grandchildren loved her fun, serene and carefree approach. She was adored by all her family members. She possessed patience, care and empathy. She just wanted to be happy. Losing her was like losing a limb.”

Ms Best and Johnson broke up sometime in 2015 after she found a ­letter referencing that he had killed a woman.

Ms Hassell read out a statement by Ronald Emmanuel, Ms Best’s boyfriend at the time of her death.

“It was not until early November [2016] that she talked about her ex-partner Theo. He came up because we were walking in Tottenham High Street,” he said.

The court heard how Johnson was in a passing car and shouted from the window that he “just wanted to talk” to Ms Best. Mr Emmanuel said in his statement that the couple turned and walked away and Ms Best was “shaken”.

“She said he had punched her in the eye and assaulted her other times. She said she saw a document at his flat saying he had killed someone,” said Mr Emmanuel.

The court also heard evidence from social worker Margaret Cross who worked with Johnson in 2011.

In 2012, a GP had prescribed him tadalafil to treat erectile disfunction, the inquest heard, but Ms Cross said she was not aware of this at the time.

Ms Hassell questioned Ms Cross on the conditions of Johnson’s section as reliant on him self-reporting. 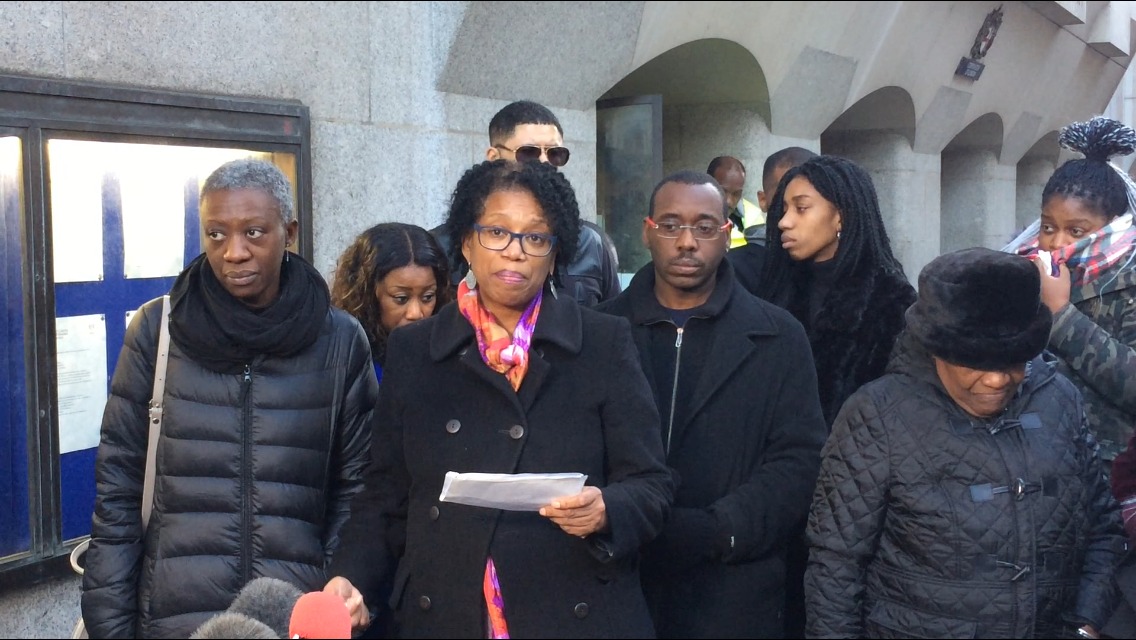 Ms Best’s family outside court at an earlier hearing

“If you are dependent on him self-reporting any breach, that’s clearly not in his interest to report a breach,” Ms Hassell said.

The court heard Ms Cross carried out five arranged home visits within five years and one unannounced home visit when Johnson was not in.

At the time, the court heard, Johnson worked with a friend at a garage four days a week. Ms Hassell asked why no visits to his workplace were carried out. Ms Cross said her service did not have the power to carry out invasive methods.

Ms Hassell said: “That does seem to be the wrong way of going about things. That does not seem, looking at this from the outside, as a way of protecting women.

Ms Cross said: “We are talking about 20 years having passed since he was out of hospital. He always stated he was not in a relationship, that he was satisfied with his life.

“Whilst we were well aware he could be lying to us, we did not have any other means of finding out. He came across as quite reasonable in that he was getting on with his life.”

Ms Cross answered “no” when asked if a 9am to 5pm service was sufficient to monitor Johnson.

He was originally sentenced to serve at least 26 years in prison but this was later considered too lenient and increased to 30 years.
After killing Ms Best – the attack was described as “sustained, vicious and utterly brutal” in court, which heard she was hit with a hammer six times and then throttled – he left the murder scene in Dartmouth Park Hill and drove to Hertfordshire. There, he threw himself in front of a train.

He survived but lost his right arm and left hand, and was in a wheelchair when he was charged with murder in 2017.

Ms Best’s family have previously said that his refusal to plead guilty only added to their pain.

The inquest into her death continues.