Ducking and diving in SW1 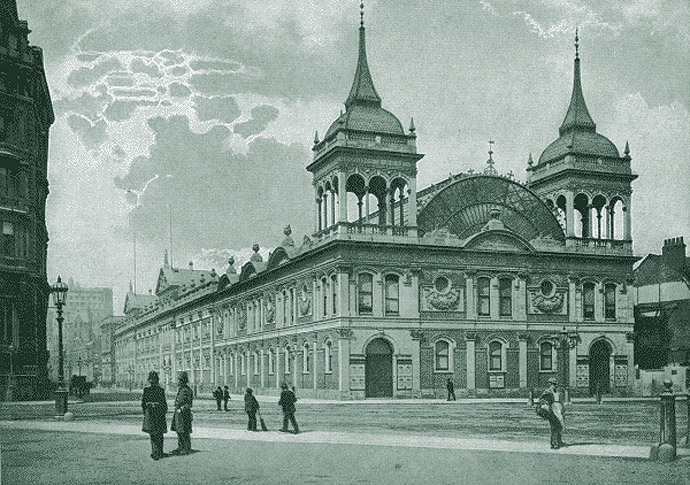 AND so, let us pop on a hat, zip up our anorak, and set forth as we continue our weekly wanderings around the borough of Westminster.

Regular readers will know that since central London has been out of bounds, we’ve enjoyed a walking tour to help us ease the ache of separation from our history-laden streets.

We paused in the general area of the Embankment last week, so now we are going to totter along to
Parliament Square.

Let us breeze past the statues of the famous – Gandhi, Mandela, Fawcett, Churchill, Peel, Lincoln, Palmerston, Smuts and Lloyd George – who gaze in judgment at the Houses of Parliament and pause at the place where a peace campaigner joined these exulted ranks.

The late Brian Haw set up a tent on the Square in June 2001, and would spend the next 10 years at his post, protesting about British forces fighting in the Middle East.

From a Christian background, his father was a British soldier who liberated the Nazi Bergen-Belsen death camp.

Brian spent time in Northern Ireland during the Troubles, and visited Cambodia to see first hand the brutality of the Khmer Rouge’s genocide. Police and politicians were desperate to get rid of him – even making it a law that no protest could take place within half a mile of Parliament without the say-so of the Old Bill. Various attempts to have him removed failed, though the Met sent 78 police officers, costing the tax payer £27,000, to take away his placards.

He missed just one night at his post after one arrest – and he returned refreshed the following day.

So, button-covered hats off to Brian, who died of lung cancer in 2011. He didn’t manage to clock up as many days as Concepción Picciotto, an anti-nuclear campaigner who spent 35 years outside the White House, but death does tend to get in the way of the most carefully laid plans.

From here, let us move north to Tothill Street, and pause at the site of the long-gone Royal Aquarium.

With nothing on the yet-to-be-invented telly, the Victorians were adept at creating distractions – and the Royal Aquarium set out to do just that, with mixed results.

Its reputation was such that it became the butt of music hall jokes: celebrated entertainer Arthur Roberts poked fun at the fact the aquarium had become a cruising ground for upper-class men with a taste for working women, penning the following ditty:

“I strolled one day to Westminster,
The Royal Aquarium to see;
But I had to stand a bottle
just to lubricate the throttle
Of a lady who was forty-three.”

Roberts’ ascent into the limelight started when he was spotted busking at Covent Garden (the fantasy of many an aspiring Marcel Marceaus) by an impresario, who gave him £1 a week to perform in Great Yarmouth. As well as nationwide success, in 1907 he led other end-of-the-pier types in what became known as the Music Hall War. He protested against their precarious living and founded the Variety Artists Federation.

The aquarium he joked about was opened in 1876, backed by department store founder William Whiteley. He believed it could rival Crystal Palace, offering a range of attractions in order to part the wide-eyed visitor with tuppences. Inside, you would find palm trees, fountains and sculptures in a central hall, with smaller side rooms for food, drink and games. There was an art gallery, ice rink, theatre and 13 huge tanks filled with the wonders of the sea. However, a design flaw in a water-refreshing system – which had been built in the foundations, making repairs tough – meant they were often empty, leading to much ribbing from the likes of Arthur.

Its reputation as a place where the amorous and skint could make a deal reached the front pages due to the case of serial killer Thomas Cream.

One day, he met aquarium employee Emily Turner, and told her he was Major Hamilton, well-spoken and of private means – no doubt a nice catch. They dined at Gattos in The Strand and enjoyed a show at the Alhambra Theatre.

As a parting gift gave her a box of cough medicine.

Poor Turner’s suspicions that her Major might not be all he said he was emerged after she felt ill having sucked his lozenges. Worried she had been poisoned, the box reached the desk of the Yard’s Inspector Jarvis. He ascertained she had been on a date with the notorious killer.

Cream’s murderous spree stretched from Canada to the USA and then to Britain. He set up a doctors’ practice in shady neighbour­hoods and then murdered prostitutes who came to him for abortions.

Using Turner’s descriptions, Jarvis caught his man. As he approached the hangman’s noose, Cream told an expectant crowd he was Jack the Ripper – an unlikely claim, as it appears he was in prison in Illinois at the time of the crimes.

And while we look at where the aquarium once stood, it would be amiss not to speak of the wonderful Zazel, the human cannonball.

Born Rossa Richter in 1863, she gave the first demonstration of this escapade aged 14 at the aquarium, accompanied by an orchestra.

An acrobat and tightrope walker, she travelled the world performing her death-defying stunts. Truly an all-rounder, when not risking her life for others’ enjoyment, she composed and sung operas.

Now, a short stroll to St James’s Park, to look at the fabulous Duck House. We have spoken about the pelicans donated by the Russian ambassador to Charles II in previous instalments, and while they were strictly for viewing, other ducks were not so fortunate.

Charles ordered a series of small canals to be built for wildfowl to swim along, making them easy targets for the royal table.

The canals created a small island, and Charles invented the post of Governor of Duck Island for his friend, Seigneur de Saint-Evremond.

Later, John Burgess Watson, an architect with a taste for English rural whimsies, was appointed to build a cottage there, and he included a club house for members of the recently formed Ornithological Society of London. It stands today, nestling among the reeds and is surely one of the most liveable follies in London.

The ducks that swim around it unmolested now can consider themselves lucky: their ancestors were destined to be a king’s feast, but before then, the birds were threatened by an even stickier end.

When James I laid out the park, the king thought it a good idea to place two crocodiles he had been gifted in the lake.

Understandably, the wildfowl were none too impressed.

And on that note, till next week, stay well and stay safe.