‘Enough is enough, we must move on’ 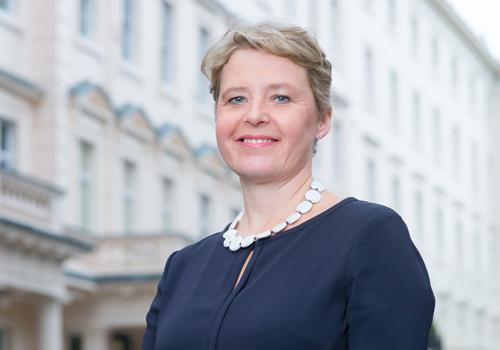 I AM incredibly proud to be standing in the general election in my “home” constituency the Cities of London & Westminster.

It is where my husband and I are bringing up our two children and where I have served the people of Westminster for over 13 years as a councillor and council leader.

Unlike both my Labour and Lib Dem opponents I live in our constituency and have since moving to London over 20 years ago.

First living in the Barbican in the heart of the City before moving to Pimlico, I understand the issues facing residents because they are my issues too.

My Lib Dem opponent states that I won’t speak about Brexit. He obviously doesn’t know me very well!

I have a track record of tackling difficult discussions head-on and finding solutions to the issues we face.

As leader of Westminster City Council, I have:

• Stood up to the Mayor of London by rejecting his plans to pedestrianise Oxford Street when we all feared the knock-on effect it would have on surrounding neighbour­hoods such as Soho, Fitzrovia and Marylebone.

• Reformed Westminster’s planning system to give residents an earlier and bigger say in planning applications.

I am standing to be your next Member of Parliament because I love our special part of London.

I have been proud to serve the people of Pimlico for over a decade as their local councillor.

I am equally proud that as leader of Westminster City Council I have strived to ensure we are a City for All.

Working together we are making significant improvements to our air quality including a 29 per cent fall in NO2 emissions and 31 per cent in NOx emissions this year, thanks to a range of policies we have introduced and supported to tackle climate change.

And we have started the largest council home building programme for a generation giving more families the security of a home.

These are the issues that concern you and they concern me.

I voted remain in the 2016 referendum.

Three years on, I share the majority of the public’s frustration that the nation is at a standstill. No other policies or priorities are being considered because of the Brexit stagnation and paralysis in parliament.

I know first-hand as council leader that it has been near on impossible to focus ministers’ minds on what is important to us as they have spent week after week, month after month, debating Brexit and failing to pass the two deals negotiated with the European Union.

We must move on.

For the sake of our democracy we need to accept the decision of the referendum result, whether we voted for it or not.

We cannot ignore our democratic process because we don’t agree with the result.

To do so would send a very dangerous message not only across our nation but also to the outside world where too many countries still do not enjoy democracy.

A new parliament needs to introduce the legislation required to improve public services, build our economy and be an inclusive and outward looking country on the global stage.

This is my commitment to you.

If elected I will work tirelessly to ensure you have a strong and effective local voice in parliament.

Working on the priorities that matter to all of us: more police, working towards a net zero carbon economy, changes in legislation to deal with short-term letting abuse, new regulations on pedicabs, and an end to rough sleeping.

These things can only be done from parliament.

With your support and with your vote, we can continue to improve the lives of all of us in the Cities of London and Westminster.