Family of teen knife victim in ‘no revenge’ plea 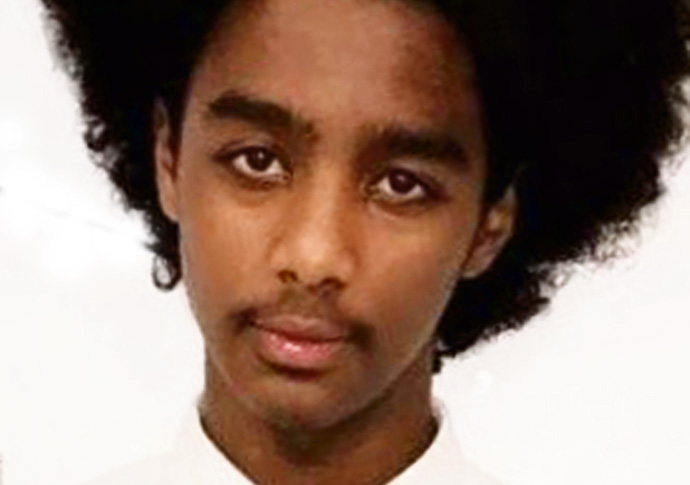 THE family of a “neighbourhood hero” who was knifed to death have pleaded for his peers not to seek revenge.

A murder investigation has been launched after Ahmed Yasin-Ali was found with stab wounds in Elmfield Way, Maida Hill, in the early hours of last Wednesday.

The 18-year-old died shortly after being taken to hospital.

His family, in a statement put out on Friday, said they wanted to “prevent such devastating acts from happening ever again”, adding: “More than anything we must understand that Ahmed was sadly a victim of youth violence and the last thing we need is any retaliation or revenge.

“We, as Muslims, forgive those who so painfully took away our precious and beautiful son. Forever in our hearts, our neighbourhood hero.”

The statement described him as “caring, loving, and by far the most clean-hearted of us all”, adding: “He wanted nothing but good for everyone and himself; striving hard in his school work and job to make it to university in order to provide our family with a better life.”

On Friday a 23-year-old man and a 17-year-old boy were arrested on suspicion of murder. They have both been released on bail.

Detective Chief Inspector Vicky Tunstall said the killing, near Harrow Road, followed a disturbance in Elmfield Way. A vehicle was seen driving at speed in the Harrow Road shortly after the attack, around 12.30am on Wednesday.

Neighbours rushed out to help Ahmed who was described as a “smart intelligent boy” by friends.

One witness said: “I heard some noises, he was kicked and punched. He called out for them to stop. There was bleeding, he crawled towards the gates.”

DCI Tunstall said: “I would particularly like to hear from anyone who was driving in Harrow Road between 11.45pm and 12.30am on Tuesday night into Wednesday morning, if you have dashcam footage, regardless of whether you witnessed anything unusual.

“Ahmed’s family are devastated by the loss of their son and brother and we are working tirelessly to investigate the circumstances surrounding his murder. Ahmed was only 18 years old, had his whole life ahead of him, and had aspirations to attend university, so this is a particularly tragic and wasted loss of life.

“Importantly, as a specialist command, we are working very closely with the local police to ensure the safety of the community during this time, and ask that you support us in this and provide information, regardless of the relevance it may or may not have. I am determined to ensure those responsible for his death are brought to justice as swiftly as possible”.

Anyone with information is asked to call police via 101 quoting Cad reference 185/15Jul.