Thames Water under pressure over ‘failure’ of £17.5m defence system 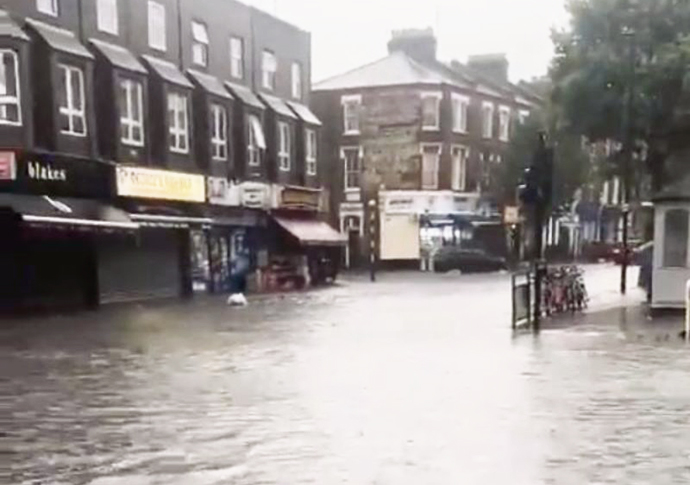 WATER chiefs are under pressure to explain why a multi-million-pound defence system built six years ago failed to protect businesses and homes from severe flood damage.

Thames Water’s flagship Maida Vale Flood Alleviation Scheme, built in 2015 at a cost of £17.5million, was supposed to bring an end to flood damage for 350 properties in W9.

But Monday it was the same old story for dozens of residents in Shirland Road and Kilburn Park Road whose basements were filled waist-deep.

The scheme being branded a waste of money but Thames Water argues the freak storm was to blame, not the flood defence system, for the damage. The rainfall was so heavy on Monday that it was classed as a “major incident”.

It has left a heavy emotional and financial toll on residents and business owners with some losing everything in “heartbreaking scenes”, according to Maida Vale councillor Geoff Barraclough.

He said: “In 2015 Thames Water built £17million flood defences for Maida Vale specifically designed to contain flash flooding. This flood should never have happened.” Cllr Barraclough called for Thames to answer questions about the water defence scheme and whether residents would get compensation.
And Westminster Council leader Rachael Robathan visited Shirland Road to see the damage and a respite centre was set up. 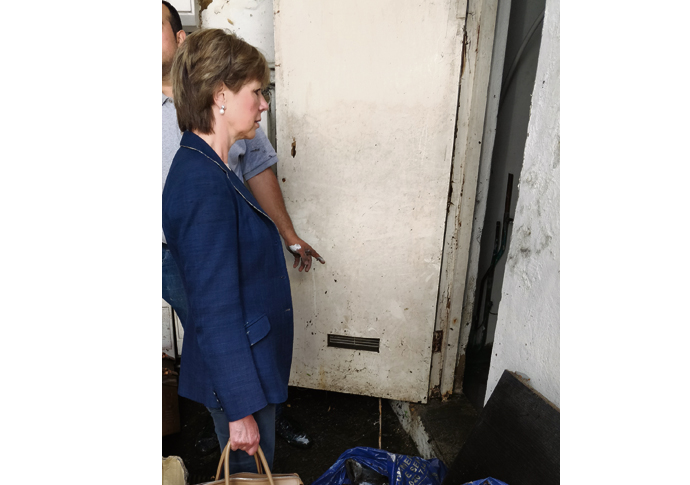 In 2014 the council approved a scheme des­igned to help hundreds of residents and businesses in Maida Vale who had been complaining about impact from dramatic flooding.

The area has three 19th century sewers that did not have the capacity to cope with and sudden downpours. This led to regular and extensive flooding from the sewer network into properties.

The plan was to set up a system where water flow dropped 13 metres down into a tunnel and then travelled to a new storage facility under a park.

The flood alleviation scheme was launched as an “important and necessary project” with works spanning two years. Public meetings were held in Elgin Avenue and there was a row about loss of access to Tamplin Mews Gardens. The Chippenham junction was also heavily excavated.

But it was hoped this would be a small price to pay to “prevent the ongoing misery of sewage flooding for hundreds of homes and businesses from Fernhead Road to Little Venice”, according to Maida Flood Action group.

Cllr Ruth Bush said: “How the same areas came to experience similar flooding, after all the expense and disturbance, and apparently high-class work, needs serious explanation. It is an astonishing disappointment that this has happened and that so many people’s homes, and some businesses, have had so much water damage.”

Thames Water said: “Having your home flooded by surface water contaminated with waste from the sewers is horrible and we sympathise with everyone affected. We’ve been visiting affected customers to arrange clean-ups of their properties and have members of our customer support team in the area. Anyone impacted by sewer flooding should contact us so we can visit them and clean up.

“The flood alleviation scheme we carried out to increase capacity in our network has protected properties for several years now. However Monday’s storm was more severe than it was designed to handle, with more than a month’s worth of rain falling in just an hour.

“A major incident was declared for north London on Monday evening bec­ause of the abnormally heavy rain which shows just how severe it was. Our network is designed to cope with most storms but if an unprecedented amount of rain falls in a very short space of time, like on Monday, the system can still be overwhelmed.”

The council set up a help centre in Kilburn High Road and Porchester Hall was made available for people to rest.

Cllr Roba­than said: “It is heartbreaking talking to people. They have seen homes ruined and in some cases businesses destroyed, but need to keep on with the day-to-day tasks of getting children to school and looking after elderly relatives.”