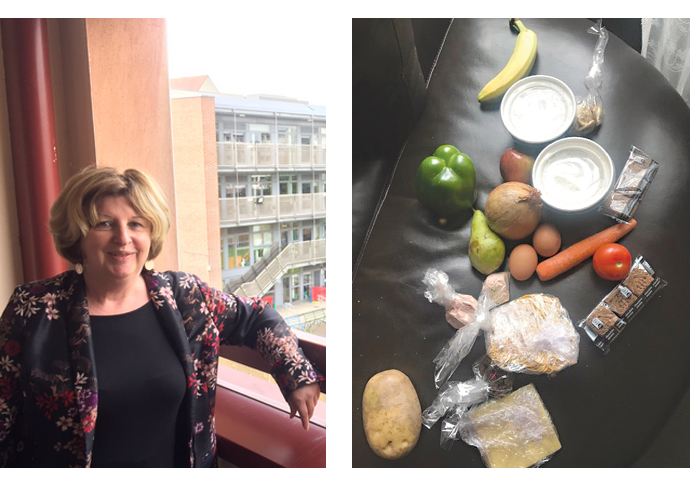 MEAGRE food handouts to children during lockdown are failing families who deserve more “respect”, the MP for Westminster North said this week.

Labour’s Karen Buck said a better system would be to give supermarket vouchers to parents, instead of the parcels.

Ms Buck told Extra: “The distressing pictures of inadequate food parcels being offered to some parents of children on free school meals during school closures remind us that nothing beats letting parents buy and prepare their own food.

“Overwhelmingly the truth is that being on a low income doesn’t make a parent incapable of feeding their kids. Give them the means to do so, and give them a little respect.”

She added: “It appears that something has gone seriously wrong with at least some food parcel providers, begging the question of how these contracts are monitored?”

In Westminster there are more than 2,300 pupils eligible for free school meals – just over a fifth of the total school roll.

Ms Buck posted a picture on Twitter of the box of provisions given to one of her constituents to cover children’s lunches.

“At least they got a whole green pepper,” she remarked in her post.

An image of one package in Dorset with half a pepper, a third of an onion and a chunk of carrot, as well as a small amount of cheese and soup powder – packaged in bank coin bags – had been circulating on the web this week.

Footballer Marcus Rashford, who ran a campaign for children to receive food vouchers while schools are closed, has been posting pictures of other “unacceptable” packages handed to children across the country this week.

Chartwells, an arm of the private food distribution company Compass, has come under fire nationally for its role in the supply.

The company held the council’s schools catering contract until 2019 when a new system was put in place with schools contracting suppliers directly.

In 2013 Chartwells was forced to apologise after traces of pork were found in the Halal sausages served at St Mary’s Primary School in Bryanston Square, Marylebone.

This week, the company apologised, saying it had “fully investigated” its free school lunches provision and has pledged to offer refunds wherever “food parcels have not met our high standards”.

It added that from Monday food packages will reflect the additional £3.50 per week per child allocated by the Depart­ment for Education. It said it will ensure that “every penny goes into the provision of food”.

Compass turned an operating profit of £1.6billion in 2019.