Councillor who lost mother and sister to Covid: ‘Homes crisis is killing people’

Politician’s stark message after family members were unable to isolate 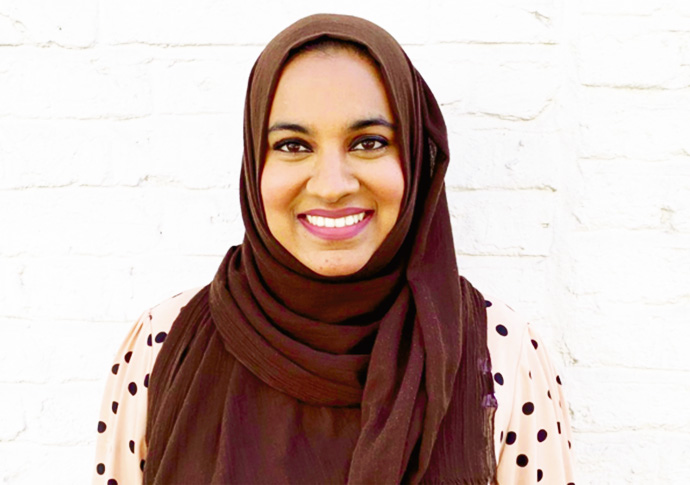 WESTMINSTER’S housing crisis is “literally killing people”, a councillor warned as she told how her mother and sister had died from Covid after being unable to isolate.

Labour’s Churchill ward councillor Liza Begum spoke movingly at a full council meeting about how her close relatives had caught the virus because of a “lack of space” in an overcrowded home.

She told the ruling Conservative administration: “It is not right to allow families to live in these conditions. I would like to remind this council the decisions they make are the difference between life and death. I do not want anyone experiencing the tragic loss I endured due to lack of space.”

Cllr Begum, who lives in Churchill Gardens estate, spoke about “staggering” and “inhumane” 34-year waiting times for social housing tenants wanting a transfer to a four-bedroom home, adding “space is taken for granted by the privileged”.

Cllr Begum said she had asked David Harvey, council cabinet member for housing, about this previously in a brief conversation when she was told “that is a matter of perspective”.

She added: “I’d like to give Cllr Harvey another perspective. A perspective of a Westminster resident who grew up in an overcrowded house. She spent most of her life sharing a room with siblings. She grew up with a lack of space to study. She would often come home from school and want to kick back and lose herself in her book. but the noise of her siblings, all wanting for the same, would not allow it.

“In 2021, in the middle of the pandemic, she lost her mother and sister to Covid because her family members were unable to self-isolate.

“Lack of space is literally killing people. That Westminster resident is me.

“So here is my perspective, Cllr Harvey: Westminster Council has over 4,000 people on the waiting list. But with the proposed regeneration schemes this will not decrease any time soon; 2,300 households from this number are homeless; 1,300 households are waiting for a transfer. And over 490 households occupy other priority groups.”

She added: “The average time to be rehoused, for two bedrooms, is 10 years; 16 years for three bedrooms; 34 years for four-plus. In short, almost my entire life-span. Ethnic minorities are disproportionately affected. The most pertinent groups are Black African and Bangla­deshi residents, who are three times as likely to live in overcrowded homes. The council must take into account these inequalities. The situation’s become so dire, residents are rehoused outside of the borough.”

Cllr Begum raised specific regeneration schemes, including in her Churchill ward, saying they “favour gentrification over inclusivity”, adding the council’s “glamorous” major regeneration projects across Westminster “did not reflect the housing needs of local people”.

Responding, Cllr Harvey told Cllr Begum there were no quick answers to the difficult question of social housing in Westminster.

He said: “This is a complex, crowded, city. Running housing in Westminster is never going to be easy. We have to make difficult choices. There is an assumption that… we can go out tomorrow and wave a magic wand and say here are 5,000 or 10,000 homes. It’s not a matter of putting aside money. There are many different communities who want different things. Studios and one-bedroom flats, they tend to be for people in working lives, young people. I admire people who want a large family and work and provide for them. But building seven- to eight-bedroom places, based on our existing housing, is a vastly difficult thing to do. You have got to make choices about discriminating against other people.

“When you get to be a leader somewhere, probably won’t be in Westminster, you will find that some of these things are really tough. There are people with other political views to mine saying the same thing. You will find that these things don’t have quick and glib answers, much as you want them.

Cllr Harvey has been a chair and director of several think-tanks and business associations and is, according to his register of interests, a member of the Lansdowne Club in Mayfair.