How do tree camp protesters answer the call of nature? 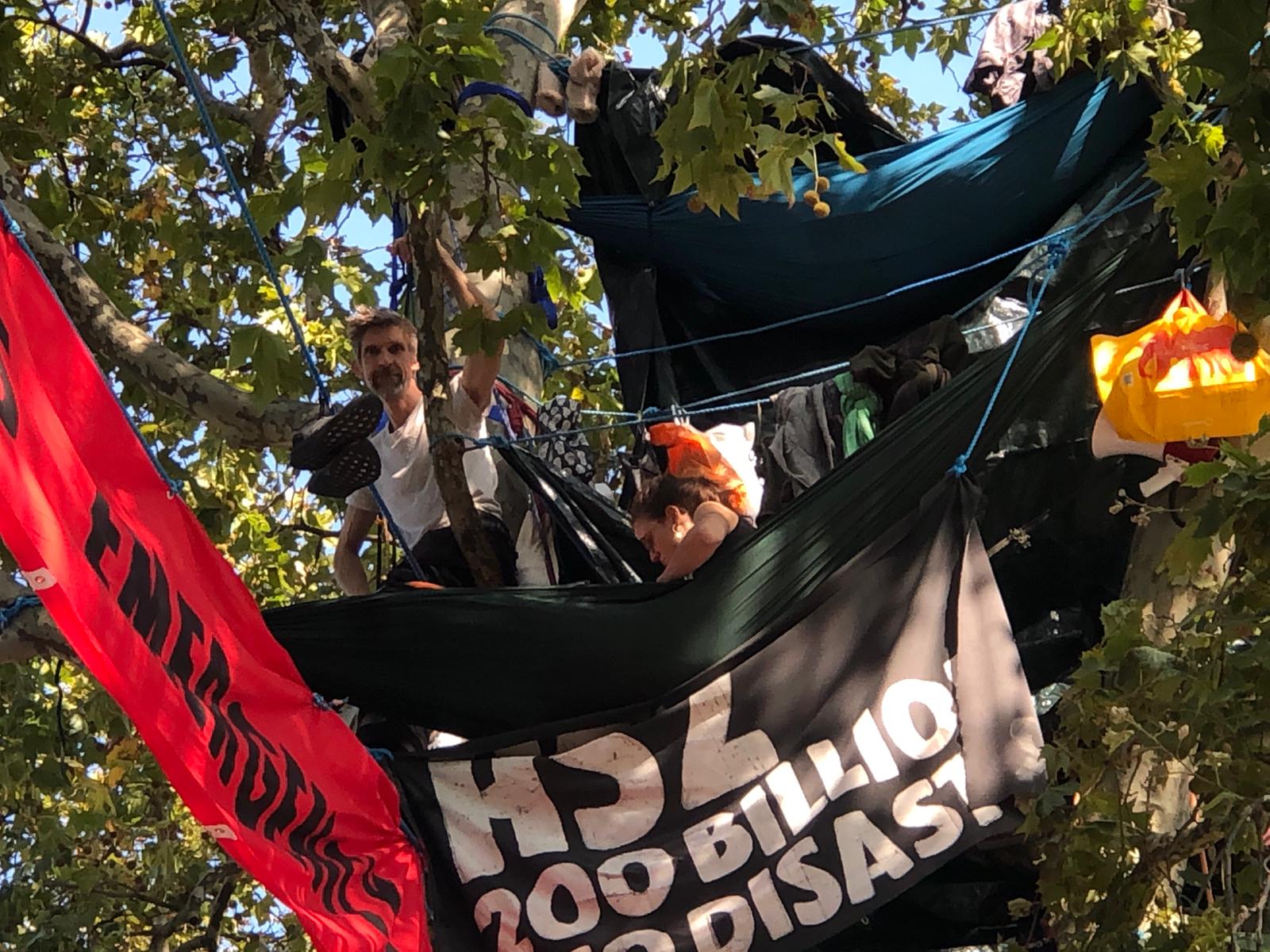 HS2 Rebellion’s Dr Larch Maxey up a tree in Parliament Square
It is one of those questions many have wanted to ask, but were too polite.

How do protesters, camping many feet above the ground, answer the call of nature?

Now the Extra has the answer. 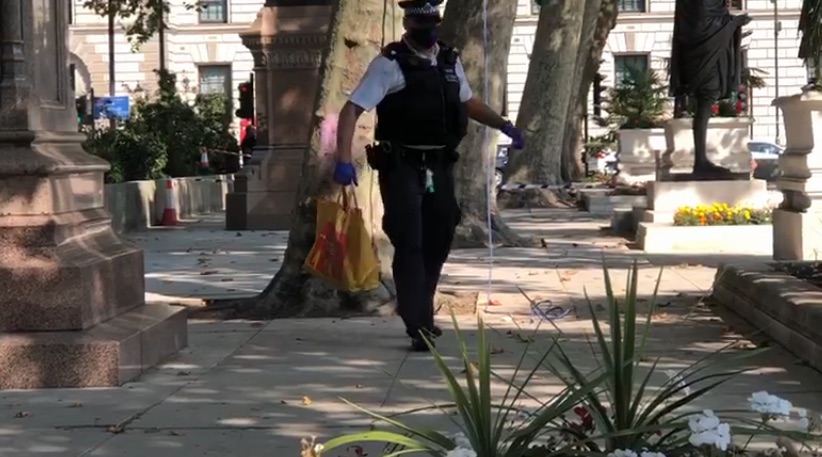 On Monday, when we visited the HS2 protesters strapped to London plane trees in Parliament Square, we witnessed how certain domestic arrangements are taken care of.

Emerging from inside the hastily-built camp, one protester stood on a thick tree branch and attached a sturdy shopper’s bag to a rope.

A hand from underneath the tarpaulin, which forms the protesters’ roof, passed across three large bottles containing a yellowish liquid to be loaded in.

Then came what looked, from the ground, like two very well-wrapped small cardboard boxes. Attached to a carabiner lock and a very long piece of rope, this cargo-laden bag was then lowered gently to ground level.

Once it had arrived, one of two uniformed police officers standing guard over the camp – and no doubt ready to arrest the protesters as soon as they set foot on terra firma once more – ducked under the police tape and gingerly disconnected the rancid booty from its tether. 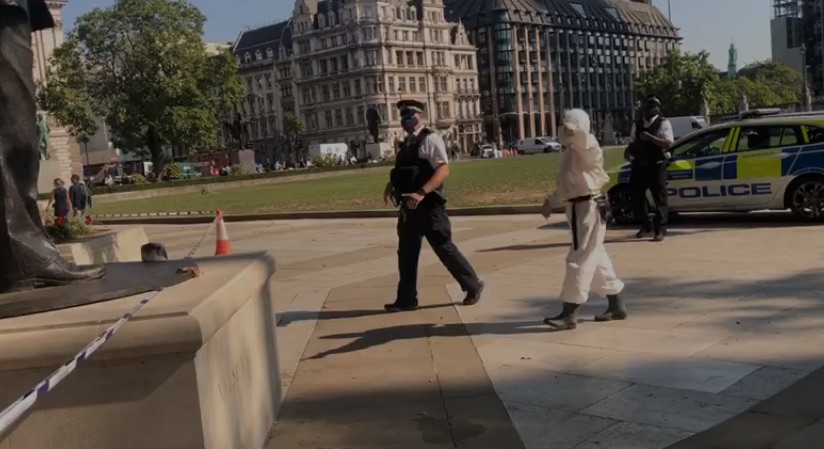 He then took it away for another person in a white suit to dispose of. He was passed a roll of toilet paper to return to the now empty bag and hoisted skywards. 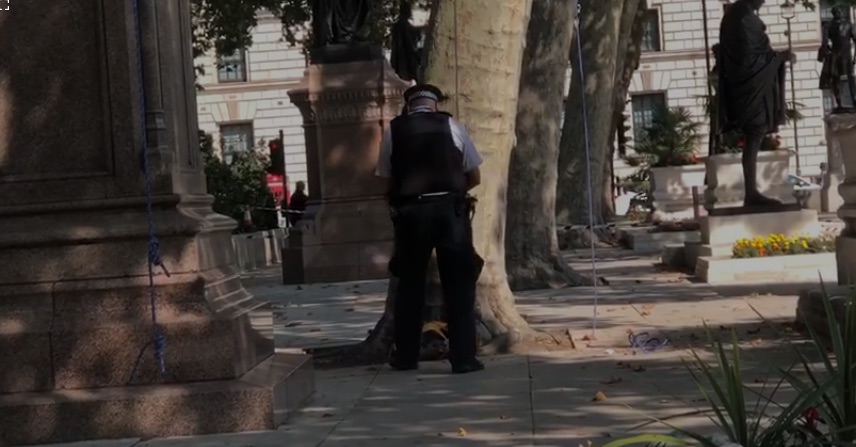 HS2 Rebellion is campaigning against the £120billion railway project and have pledged to remain in the trees until it is scrapped. 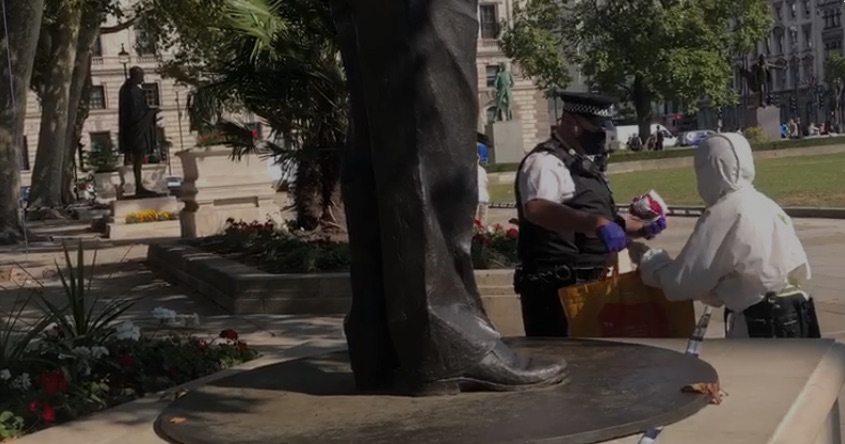 Ash, 22, one of the tree climbers, said: “The government needs to make ecocide law. This is our last chance to change, reconstruct, rewild and reconnect.”

HS2 said: “These protests are a danger to the safety of the protesters, our staff, and the general public, and put unnecessary strain on the emergency services. “All leading wildlife organisations agree that climate change is the biggest future threat to wildlife and habitats in the UK.

“By providing a cleaner, greener, way to travel HS2 will help cut the number of cars and lorries on our roads, cut demand for domestic flights, and help the country’s fight against climate change.

“We’d urge environmental groups to help us in getting people out of their cars, off planes, and onto lowcarbon, high-speed, rail.”