Hundreds back campaign to save sports pitch 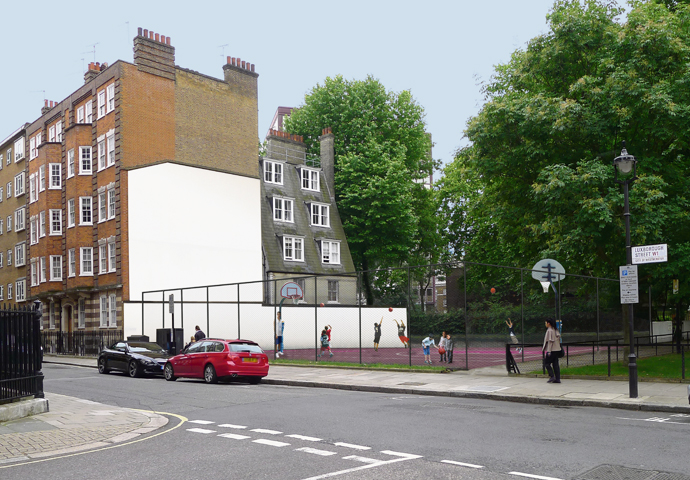 HUNDREDS of people have backed a campaign to save a sports pitch from the bulldozer.

More than 600 people have signed a Save Our Space petition calling for the city council to drop its development plans for Luxborough Street, Marylebone. The council has begun a consultation on building homes on the site that was once earmarked for a new library.

Marylebone High Street councillors are due to present the campaigners’ petition to the first full council meeting after Christmas.

Tushna Ghadially, who runs the Marylebone Mums Facebook group, said: “Marylebone has a large population of families with children and these plans take away precious outdoor play space from the area. The plans for Luxborough playground are especially disappointing at a time when childhood obesity is an increasing problem and a focus for the government. With the downsized temporary library and the potential loss of the Seymour Leisure Centre soft-play area, families in the area are very unhappy that so many facilities they use and value are being targeted by plans being proposed.”

The campaigners say the “kick-about area” is listed as a protected open space under the Westminster Council city plan.

The policy says: “The council will protect and enhance Westminster’s open space. The overall and localised shortage of open space and the difficulty of finding new sites make it essential to resist the loss of even the smallest open spaces.”

Eric Robinson, from the Luxborough Save Our Space campaign, who organised the petition, told the St Marylebone Society annual meeting: “Once it’s gone, we will never get it back.” He added: “It is a real concern that the council would even consider building on the space. It completely disregards their own policy on open spaces. Facilities like this space (pictured) for young people to kick a ball around are vital. They are not allowed to do so in our local park, Paddington Street Gardens.”

Because of the high level of signatures the council will debate the matter.

The library was considered more important than the pitch and since 2015 it has been boarded up. In 2016 the plan to build the library was scrapped due to escalating costs and a book-borrowing service was introduced at Seymour Leisure Centre.

The playground remains boarded up at a cost of thousands of pounds.

The failed project to open the library on the site cost Westminster taxpayers more than £1,387,000.

The council, announcing the development plan, said: “In 2012 the Luxborough Street development site was identified as the new location of the permanent Marylebone library. The proposed scheme received planning permission in 2014.

“As the library is now being relocated to Seymour Leisure Centre, the Luxborough Street site is no longer required for this purpose.

“This decision has released the street site for an alternative residential development opportunity, helping Westminster City Council to meet its target of 1,850 new affordable homes by 2023 as set out in its City for All vision.”

Cllr Rachael Robathan, cabinet member for finance, property and regeneration, said: “We’re still talking to local residents about potential options for this site and no decisions have been made.

“We’re committed to building 1,850 affordable homes by 2023 and so looking at possible locations that could be suitable for these new homes our local residents want.

“We will carefully consider everyone’s view before reaching any decision on the future of this site.”