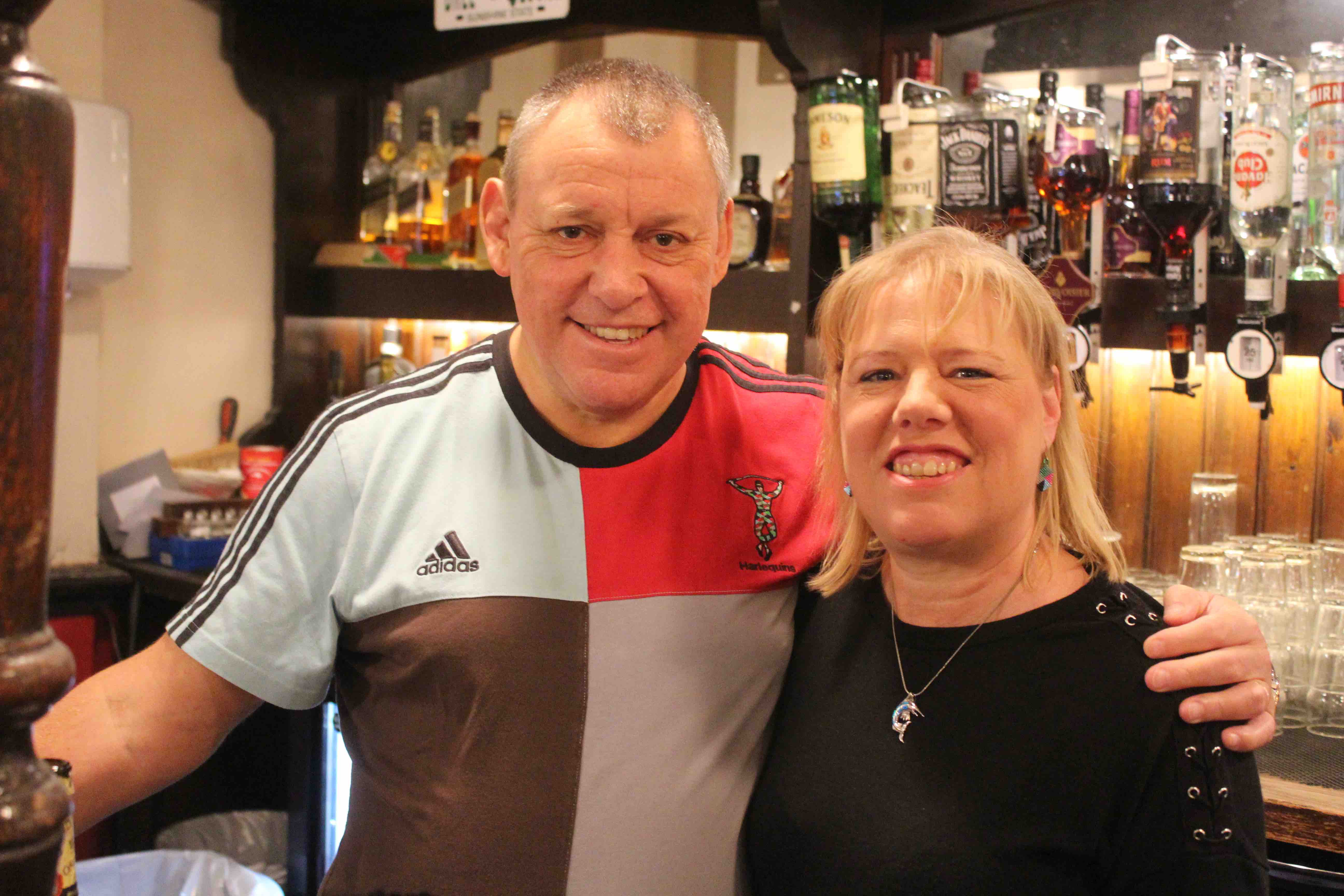 A PUB landlord says he hasn’t “had a sniff” of compensation with days to go before his family are kicked out of his home and his business is shut down by HS2.

Craig Douglas, who has run the multi-award-winning Bree Louise for almost 15 years, said it was “soul destroying” to have to shut up shop at the end of the month. The Euston Street pub is latest casualty of the £56billion railway to Birmingham. It has special sentimen­tal value for Mr Douglas and his wife Karen as it is named after their daughter Bree Louise, who died aged 12 weeks.

Bree Louise’s twin brother, George, has grown up at the pub. Mr Douglas, 58, said: “There are pubs closing down yes, but there are no good pubs closing down. To take a good one out for no reason particularly – it’s soul destroying.”

He said visits to the House of Commons and the House of Lords had made no difference. “You got a list of what you could and couldn’t ask. You couldn’t say you didn’t want it to happen,” said Mr Douglas. “You couldn’t say that it should stop and start at Old Oak Common, all the things you want to say, so in the end all you could say was ‘I just hope we get fair and proper compensa­tion’.”

Watch: An interview on the history of the Bree Louise – and how it is being forced to close

The son of a coal-miner who went into the pub trade, Mr Douglas played professional rugby for Harlequins before buying up a series of pubs includ­ing the Jolly Gardeners, which he renamed after Bree Louise. Mr Douglas said if he did find another pub to run he would try to add the Bree Louise name to its name. “You have to give respect to a pub’s name and where it comes from. If we took another pub on, we’d ask the locals and say ‘look guys, do you mind if we renamed it?’ and if the answer was yes, what’d you do is, say it was a pub called the Six Bells, it would be The Bree Louise at the Six Bells.”

While it is billed as “Euston’s best kept secret”, the Bree Louise was heaving with customers when the New Journal interviewed him on Friday and the back street pub is a favourite among craft beer enthusiasts and customers looking to escape the background noise of football commentary.

Asked what was the secret of its success, Mr Douglas said: “Real Ale. No Sky Sports. No fruit machines. No music. And the art of conversation is not dead. It’s everything I like about a pub. We had Sky here and showed football until 2007, and then we took it out. When we did that we got busier.” The pub is known for its array of ciders and boasts 23 real ales. It was named CAMRA Pub of the Year for 2016/17 and Cider Pub of the Year in 2015. We bring in weird and wonderful stuff that most breweries haven’t even heard of,” Mr Douglas said. “Most pubs in London, if they only have three real ales, you can almost guarantee it’s Greene King IPA, Doombar and London Pride. They couldn’t pay me to sell any of those.”

HS2 is demolishing huge blocks in Cardington Street, Melton Street, Coburg Street, half of Euston Street, half of Drummond Street to make way for the high speed rail terminus, with homes and businesses seized using compulsory purchase orders. At first, Mr Douglas was told to leave before Christmas but was then allowed to stay to see one last Christmas at the pub.

“We’ve been here for 15 Christmases. Our 14-year-old [George] has been walking up Drummond Street since he could walk. There’s a massive community round here,” Mr Douglas said. “There is so much solidarity. I feel sorry for Drummond Street who are getting no compensation and being at the end of a building site for 20 years – at least we’ll get something.”

Asked what the compensation would be, however, Mr Douglas said: “We’ve not even had a sniff about what me might get.” Many businesses in the area have already left and several buildings in Euston Street have been boarded up because of HS2. Mr Douglas said: “I can’t see any­one will win out of it, per­haps people in Birming­ham because Birmingham becomes commutable to London, so what is going to happen is people in Birmingham are going to start working in London, not the other way around. Their [HS2’s] initial costs were £30, £40bn. We all know now that it will be £100bn and we are all paying our taxes in this state of austerity they have us living in, and our health service, our schooling, our police force are all in a situa­tion where they could use a bit more to make it a better place for us all to live in.”

The pub’s final days are January 28 and 29. Mr Doug­las added: “We are going to have a party and a half – the only thing left wet in the building will be my wife’s and my tears.”