Joe Hegarty, a ‘public servant to his toes’ 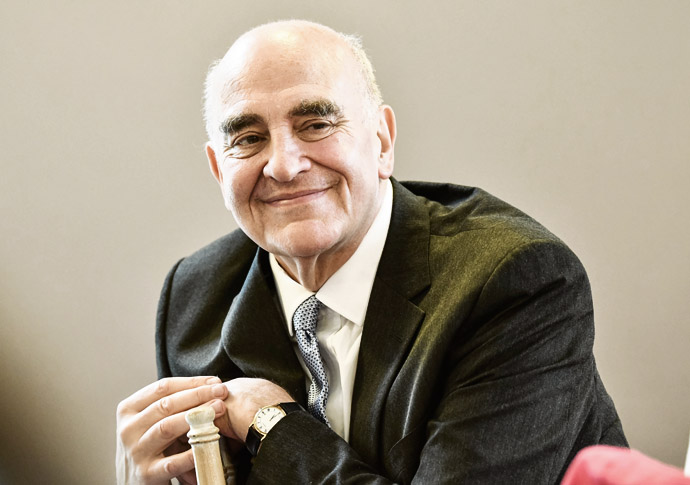 JOE Hegarty always did what was right not what would bring him the greatest personal benefit.

He lived his values.

He knew why he was involved in politics and it was not self-advancement. Joe was a public servant to his toes, a good and kind man of unquestionable and unwavering integrity.

He had a genuine understanding of people, their problems and their fears. He was an articulate advocate who knew and liked those he represented. As a Labour Westminster City Councillor for 16 years, from 1974 to 1990, he served his Church Street constituents with exemplary diligence.

He would go the “extra mile” to argue for his constituents. In his early days this even stretched to changing the lightbulbs for his elderly constituents.

He soon decided that this was taking public service a little too far.

In 1979 Joe was Labour’s candidate for St Marylebone in the general election, an uphill task from which Joe did not flinch. Joe asked me to be his agent and we had a great time tramping the streets, delivering leaflets, knocking on doors and going to the pub. We had a loud hailer which I used to announce Joe’s presence in the area. “Come and meet Joe Hegarty your Labour candidate, the man you can trust”, was my refrain. I have never spoken a truer word.

As leader of the Labour group from 1981 to 1987, Joe masterminded the Labour Party’s best ever election result. Joe led from the front and after two years of patient hard work, the Labour group took 27 of the council’s 60 seats in May 1986, just 106 votes short of becoming the largest party.

Such was the shock to the Conservative leader Shirley Porter that she put in train the notorious “Homes for Votes” scandal which sought to remove Labour voters from the marginal wards. But that’s another story altogether.

Joe’s leadership of the Westminster Labour group was outstanding. He was so calmly in control, so wise, so well judged in his political strategy, and so encouraging to new councillors. Joe mastered the detail, was always well prepared and on top of his subject. He also expected everyone else to take things as seriously as he did. Being a councillor was not a game or a hobby, it was about the lives of real people.

It was during this time Joe met Helen, around the time of the 1983 general election. Well at least one good thing came out of that election. Joe and Helen were a perfect match. They shared so much, not least their proud Irish heritage. Their wedding reception in 1987 was a night to remember.

During all this time, Joe had a very important and responsible job at Surrey County Council where for 28 years he held senior positions in the IT department.

Joe had no problems with multi-tasking. When he stepped down from the council in 1990 it did not signal any letting up in his involvement in local affairs. An ever-present at Labour Party events whether he was chairing CLP meetings, canvassing, leafleting or fundraising… you could depend on Joe’s help, enthusiasm and good nature. It was always good to be on Joe’s team at quizzes. He knew so much. He was well-read with an excellent memory for detail. We won lots of boxes of chocolates at Labour Party fundraisers. And another thing about Joe was his extreme generosity. He was always the first to buy a round and often more.

He now had the opportunity to use his skills to transform himself from an opposition politician to someone responsible for implementing the Labour government’s health agenda. This was not a vanity project, Joe wanted to make a difference for the people of Westminster.

As chair of the PCT, partnership was Joe’s watchword. He worked closely with Westminster Council to create one of the first joint directors of public health. The PCT did a huge amount of work to tackle health inequalities in Westminster where there was, and still is, a decade and more difference between life expectancy in Belgravia and north Paddington.

Under Joe’s leadership, the Westminster PCT invested significantly in addressing the health needs of the homeless and in mental health services. Whatever differences Joe had had with the council in the past, he put that aside in order to forge a successful partnership in improving local health services.

Joe knew how public services worked and he used that knowledge to bring people together to talk honestly about the challenges faced by the health service and the council and the action needed to tackle them.

He instituted a series of regular get-togethers over lunch and dinner for health and social care professionals in central London where they could meet and discuss the key issues. These were so successful that it was not long before more people got to hear about them and asked if they too could join in the discussions.

In 2010, when the Lansley health service reforms were announced, involving the abolition of the PCT and much else as well, Joe typically took the pragmatic view. He did not want local NHS services to bear the brunt of the reorganisation and worked hard to achieve as seamless transition as possible to the new government arrangements.

When his NHS stint was over, Joe’s skills were put to good use by the council.

In 2012 the council’s regeneration scheme in Church Street was in a mess. It needed someone to bring people together to rescue the council’s flagship initiative. So, in their hour of need, the council called for Joe and, typically, he agreed to chair and lead the formation of the Futures steering group, the main line of communication between the city council and the communities of Church Street ward.

As chair of the Church Street Futures group, Joe commanded the respect of council officers, as well as the trust of residents and market stallholders.

He restarted resident engagement with the regeneration plan, recruiting and keeping key residents on board. Today, thanks to his patient guidance, the Church Street area is awash with cranes, diggers and scaffolders as regeneration plans finally take shape.

Joe always gave everything to what he did. And he did so much.

In addition to his council and NHS work, Joe was chair of governors at St Vincent’s Primary School off Marylebone High Street and had also been chair of the governors at Rutherford School in Church Street. He also chaired the Manor House Residents’ Association.

Most of all, Joe loved his family and we all share in Helen and Kate’s loss.

At a time when politicians are generally held in low esteem, Joe Hegarty is the one who bucks the trend. Whatever he did, he did for the right reason. Whatever he achieved, he did for others. His selfless public service and unwavering integrity is for all of us to remember and to follow.