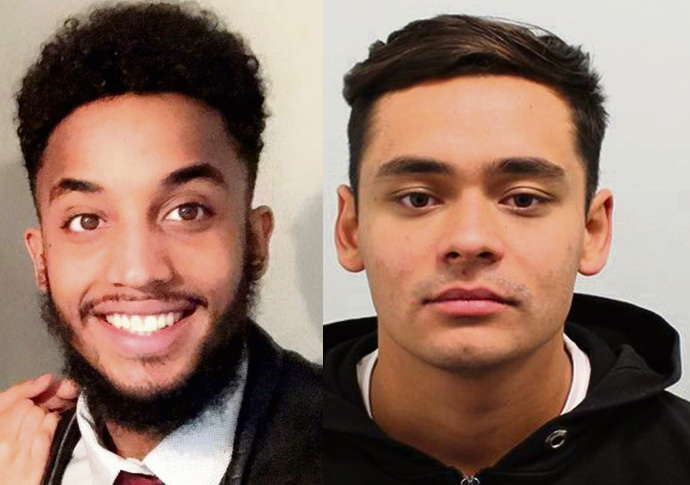 THE sister of a man who was stabbed to death has described him as “the kindest person” after his killer was sentenced yesterday (Thursday).

Father-of-two Zakaria Abukar Sharif Ali, 26, whose family had fled the Somali civil war in search of a better life in Britain when he was a baby, was knifed outside a Shoreditch nightclub in November 2018.

His sister, Bushra Sharif Ali, said in a statement read to the Old Bailey: “His son is six and he is aware his dad is gone. Every night he prays to God and tells him to protect his dad. Knowing his children will never know how much he loved them breaks my heart.”

Tyla Gopaul, from Holloway, was handed a life sentence for the murder and told by a judge that he must serve a minimum of 22 years in prison. Mr Ali died after trying to calm an argument between Mr Gopaul and his acquaintances in Kingsland Road.

Witnesses then reported seeing Mr Gopaul come running towards the group of men shouting: “What? What? What?” He pulled a knife from his trousers and then began “flaying the knife around” and “lunging” towards the group a number of times, the court was told.

Mr Ali was stabbed once and took five or six steps before collapsing, later dying in hospital.

He had been at university at the time and hoped to start his own business.

Bushra added: “We all looked up to Zakaria. He was the nicest, kindest, and the most helpful person you could ever wish to meet.

“As crazy as it sounds, me and all my other siblings would fight and argue just like siblings do, but he would never. With us, he was the older brother who looked out for us all.

“He was very protective of us all, he was our role model.”

The court heard how Mr Ali’s parents have been emotionally scarred by what happened to their eldest son and live in fear that another of their seven children will be attacked.

“When I told my mum on the phone she was crying uncontrollably,” said Bushra. “My mum would always say ‘you will never forget when your first child calls you Mama’.”

Following the stabbing, Mr Gopaul, who was 20 at the time, met up with Destiny Bannerman, of Caledonian Road, who helped him make plans to leave the country. He caught a flight to Turkey and then travelled onwards to northern Cyprus.

He was arrested on his return to London a year later having been extradited from Cyprus on a European Arrest Warrant.

Ms Bannerman, 19, appeared before the Old Bailey in June where she pleaded guilty to perverting the course of justice and assisting an offender.

Mr Gopaul later wrote a letter to Mr Ali’s family in which he said he “deeply regrets” his actions and recognises Mr Ali was a “good man”.

His Honour Judge Anthony Leonard QC said: “It is a tragedy that Zakaria Ali is the unintended victim of your attack.”

Ms Bannerman was sentenced to 21 months in prison, suspended for two years, and received a community order for 30 days to last 18 months.

‘Screens in the park?’ Battle is on to save rec’s monkey bars
From the Islington Tribune