Let’s all go down the Strand 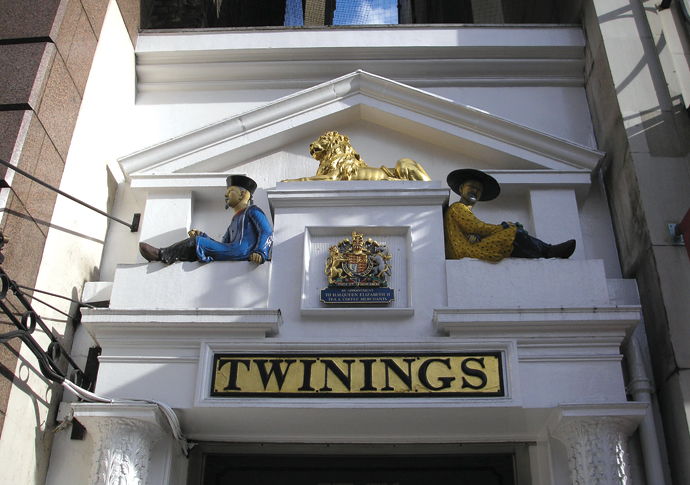 The entrance to the Twinings building

HELLO strollers, and welcome to this week’s edition of our virtual walk around the borough of Westminster.

Last week we parted company in Savoy Place, overlooking Victoria Embankment Gardens, and it is here we will pick up the pace again.

We briefly mentioned last week the rise of the Savoyards, a nickname given to the criminals and hooligans who hung around the area, and this reminds Diary of the tale of the Mohocks – another gang that sprang from the neighbourhood, though these were rich tearaways, not those unfortunates forced into criminality because of their financial circumstances.

The Mohocks scared the life out of Londoners in the 1710s: a street gang, they specialised in wandering about The Strand and environs, stabbing and slashing random passers-by.

Lady Strafford said at the time: “Here is nothing talked about but men that goes in partys about the street and cuts people with swords or knives, and they call themselves by some hard name that I can neither speak or spell…”

Her account reveals that one day they set upon a Mr Davenant, but the plucky victim turned the tables on his attackers, overpowering a couple and getting them nicked. Unfortunately they managed to bribe their way out of custody the same night, and were back in the streets, claiming, according to Lady Strafford, to have found Mr Davenant and in revenge had cut off all his hair with their swords.

“They are said to be young gentleman,” she added, “and they never take any money from any they assault.”

After this grim start to our tour, let’s stop for a restorative cuppa, and hear about the family who did much to promote our national brew.

The Twinings family hailed from Gloucestershire, and had earned their living as weavers: but a recession in 1684 decimated the trade, so the family upped sticks and headed to London. Thomas Twining could read the tea leaves and saw that he needed a new living – and in 1706, bought Tom’s Coffee House, found just off the Strand.

He sold coffee, rum, brandy and arrak – but what made the family name was his decision to trade in a new fangled tipple called tea.

They soon became the go-to establishment for all things tea-related: the family sold something called Gunpowder Green, due to the fact Thomas rolled the green tea leaves into tight balls that looked like lead shot. It wasn’t cheap, selling at what today would cost £720 per pound. 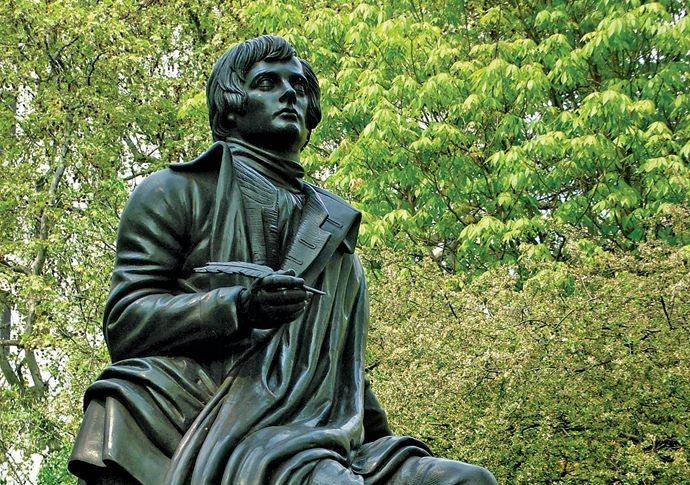 His son, Daniel, exported tea to America so played an unexpected role later in the Revolution as his company’s products were dumped in Boston harbour. By 1717 the Twining family were so successful they’d bought up more properties along and behind the Strand. Grandson Richard would become the head of the London Tea Dealers Association and it was his political influence in the drawing rooms of Georgian London that persuaded William Pit the Younger that the best way to counter a burgeoning trade in tea smuggling was to cut duty on their product.

And it was Richard who, in 1787, built a fancy doorway to their Strand headquarters, featuring a golden lion, two Chinese figures and their name in a new typeface. They still use this logo, which is said to be the oldest in continuous use in the world.

Suitably refreshed, let us head back into Victoria Embankment Gardens.

It was from here that journalist Michael MacDonagh witnessed the shooting down of a Zeppelin on October 1 1916, which he described as “probably the most appalling spectacle associated with the war which London is likely to provide”.

He watched as the hydrogen-filled balloon erupted into an inferno above Blackfriars Bridge.

“I saw high in the sky a concentrated blaze of searchlights, and in its centre a ruddy glow which spread rapidly into the outline of a blazing airship,” he noted.

The Zeppelin, Number L31, would eventually crash land 13 miles away in Potters Bar.

There are other reminders of the Great War in this little park – including a striking memorial to the Imperial Camel Corps, a unit formed in 1916 to take Tommies across the desert of north Africa. Made up of veterans from the disaster at Gallipoli, its number included Major Cecil Brown – who also happened to be a sculptor on Civvie Street. The designer of numerous medals, he joined a cavalry unit as he liked sculpting horses and wanted to work with them to improve his understanding of their physiology. It is his piece than graces a plinth of Portland stone, marking the contribution his unit made in battles across Egypt, Sinai and Palestine. It includes 346 names of those who lost their lives while serving their country from the back of a camel.

And just across a patch of lawn we can find Scotland’s poet, Robert Burns, perched on a tree stump with the air of a man about to create his next verse.

This piece was made by John Steell, a Scottish artist: erected in 1884, Steell had practised the poet’s likeness. He’d already produced versions of Rabbie for parks in New York, Dundee and New Zealand; and after his Embankment piece he created a bust of the poet for Westminster Abbey.

While we are enjoying all this free public art, we shall pop along to a memorial for Henry Fawcett, by the artist Mary Grant.

Economist and political thinker, Fawcett had suffered a devastating injury aged 25 when a loaded gun blew up in his face and blinded him.

It as while he was recovering that he fell in love with the trailblazing doctor Elizabeth Garrett – but she turned down his advances to concentrate on medicine. Henry persuaded her sister, Millicent of suffragist fame, to tie the knot instead.

Fawcett was at the famous Oxford Union debate of 1860 over Darwin’s controversial book, On the Origin of Species. He was asked whether the bishop, Samuel Wilberforce, there to argue the case against evolution, had bothered reading Darwin’s tome: he replied that “I would swear he has never read a word of it,” not aware that the bishop was standing right next to him. Wilberforce was ready to scold his critic – but on noting it was Fawcett, and that Fawcett was blind and so had not realised Wilberforce had heard every word, the churchman held his tongue. We are still none the wiser whether the bishop ever did wade through Darwin’s world-changing work.

And on that note, until next week: stay well, and stay safe.