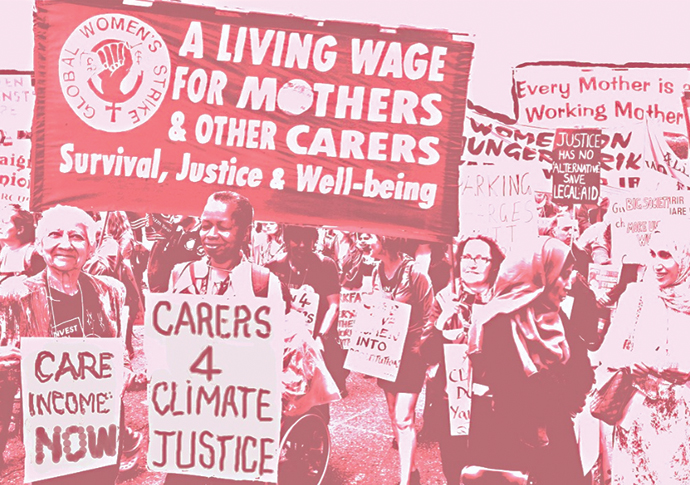 IT’S almost 50 years since I marched, with thousands of others, behind the women’s liberation banner. Groups formed all over London and the UK, discussing what in our lives we wanted to change. Everything! Most wanted to destroy all the hierarchies in society. In fact, we considered for the first time how many hierarchies there were – not only of gender, but of class, race, nationality, age, disability, sexuality… Everything was up for grabs.

By 1972 a few of us had concluded that women’s unwaged caring work was central to the low status of women in every sphere. While we produced and cared for all the workers in the world, and therefore gave birth to the economy, our unwaged caring work kept us poor and dependent on men. We were often asked by husbands then, “What did you do all day?” as we put dinner on the table while tending a crying baby. We worked very hard at what nobody considered work.

In 1972 I called women together for what became the International Wages for Housework Campaign; in 1975 we opened our first women’s centre in Camden – a little squat which ultimately became today’s Crossroads Women’s Centre in Kentish Town.

In 1980 we went to the United Nations Women’s Decade conference in Copenhagen. We learnt that the International Labour Organisation (ILO) had compared the work that women and men did, and concluded that “Women do two-thirds of the world’s work for 5 per cent of its income”.

We said “Women Count – Count Women’s Work” and publicised the ILO figures wherever we could. This was a figure of entitlement. 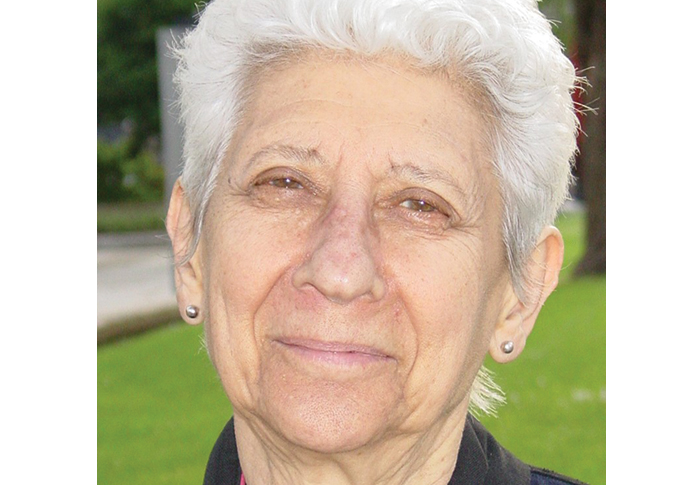 The women from the Global South agreed absolutely. They worked far harder than we did in London, often growing the food they and their families ate. They knew imperialism had plundered their countries so they didn’t have the technology we did – they had to walk to rivers to bring water home or get their girl children to do it.

In 1985 in Nairobi, we won the UN decision that governments should include the value of “unremunerated work in the home, on the land and in the community” in their financial accounts. They did begin to count the work but did not begin to pay us for it.

Quite the opposite. In the UK we lost Income Support which many single mothers had relied on to be financially independent. Those of us who are disabled saw our financial stability slashed under austerity cuts – 86 per cent of which fell on women.

Successive govern­ments insisted we go out to work even for the lowest pay – one reason why more than four million UK children, including 35 per cent of Camden’s children, live in poverty, and be assured their mothers are missing meals to feed them. There are more children in care than for decades, and low-income single mothers are more likely to have their children taken by social services than to get the help they are entitled to by law.

Yet there are now 220 women MPs and nearly 30 per cent of FTSE100 board positions are held by women. But what’s in it for us?

The hierarchies remain, shifting and not always for the better as the rich are richer and the poor poorer, and wars are raging with weapons poor people pay for.

We’ve been fighting to protect our children from the polluted air which makes them ill and sometimes kills them. Now none can avoid facing the climate emergency. That’s why we are part of the Green New Deal for Europe to demand a Care Income for the work of human survival we were never paid for, and the work of halting and undoing the destruction of Mother Earth, South and North, so we can all survive. All genders, all carers, all survivors.

• The Global Women’s Strike and other organi­sations at Crossroads Women’s Centre will be celebrating International Women’s Day on Sunday March 8, with an Open Day from 12-6pm, 25 Wolsey Mews, NW5 2DX. All welcome. www.facebook.com/GlobalWomensStrike
• Selma James is founder of the International Wages for Housework Campaign, and the author of The Power of Women and the Subversion of the Community; and Sex, Race and Class – The Perspective of Winning