Peter Tatchell recalls the formation of the London Gay Liberation Front, formed 50 years ago – and its huge impact and significance 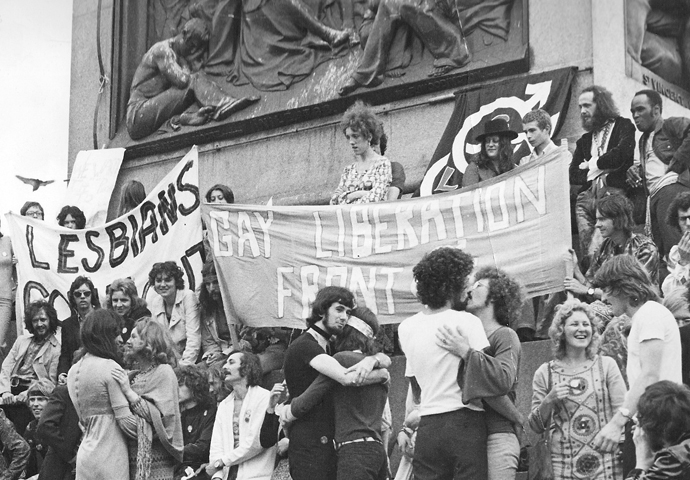 The first major gay demo in the UK in August 1971. Photo: Peter Tatchell

This week is the 50th anniversary of the formation of the London Gay Liberation Front. Founded on October 13, 1970, GLF made history. It ignited the modern movement for LGBT+ freedom and human rights.

I was part of GLF and remember that era. For the first time ever, large numbers of LGBT+ people stopped hiding their sexuality and suffering in silence. Inspired by GLF, thousands came out and marched with pride for LGBT+ liberation. This had never happened before in the UK.

Spurning the defensive, apologetic pleas for tolerance voiced by some of the earlier generation of homosexual law reformers, GLF demanded an LGBT-positive and sex-affirmative society, where same-sex love would flourish without guilt, hate, discrimination and violence.

Given the recent strides made by the LGBT+ community, it is easy to forget how bad things were in 1970. LGBT+ people could be sacked from their jobs, arrested for kissing in the street, denied custody of their children and refused service in pubs. Popular culture stereotyped “queers” as limp-wristed figures of ridicule, and LGBT+ people were only mentioned in the news if they were exposed as mass murderers, spies or child abusers.

Queer-bashing was rife, but mostly ignored by the police. There were no openly gay public figures or sympathetic LGBT+ characters on television, and no LGBT+ switchboards or help-lines for those in need. Little wonder that there was so much self-loathing, depression, alcoholism and suicide within the LGBT+ community. 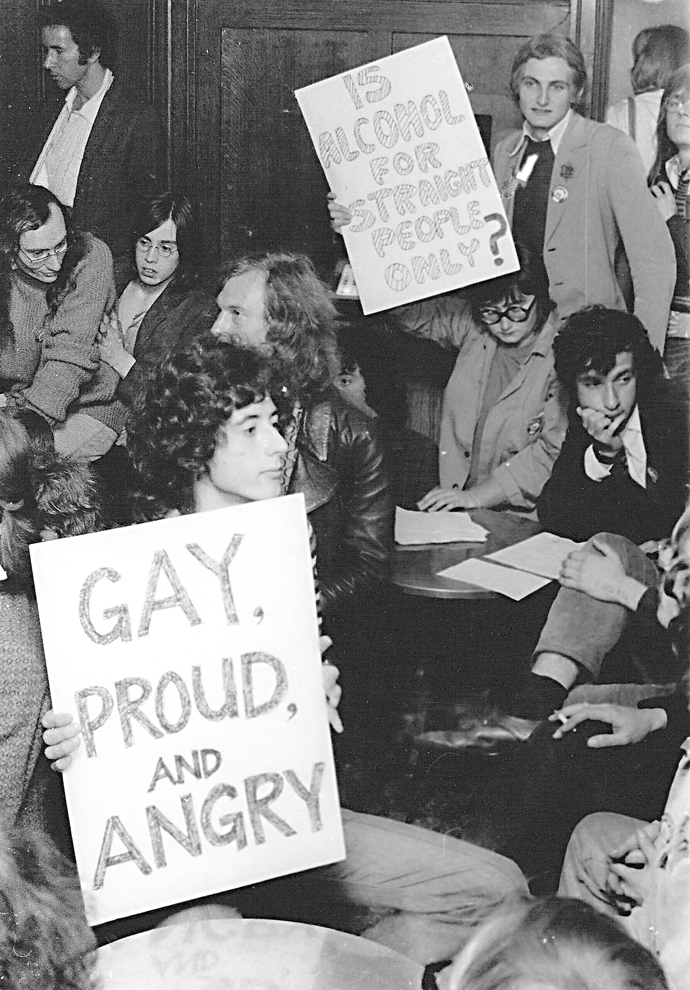 Many LGBT+ people were ashamed and wished they were straight. Some went to doctors to get “cured”; others were sentenced by the courts to undergo “treatment.” In those days, the medical profession still classified homosexuality as an “illness”. Leading psychologists, such as Professor Hans Eysenck, justified electric-shock “aversion therapy” to turn gay people straight. The consequences were tragic: most LGBTs who underwent this medical abuse ended up sexually dysfunctional and emotionally disturbed. It was these many cruelties that motivated me to join GLF.

Homophobia had for centuries condemned LGBT+ people as mad, sad and very, very bad. In contrast, GLF declared: “Gay Is Good!”. Back then, it was deemed outrageous to suggest there was anything good about being LGBT+. Even liberal-minded heterosexuals frequently supported LGBT+ people out of sympathy and pity, rather than acceptance. Many were aghast when GLF proclaimed: “2-4-6-8! Gay is just as good as straight!” These affirmative, demanding words were empowring to LGBTs everywhere, but they frightened the life out of those heterosexuals who had always assumed they were superior.

While politicians, priests and police viewed homosexuality as a social problem, we argued that the real problem was society’s homophobia. Instead of LGBTs having to justify their existence, GLF demanded that gay-haters justify their bigotry.
GLF put LGBT+ rights on the public agenda with feisty, irreverent and witty protests against police harassment and Church condemnation. In so doing, it also transformed LGBT+ consciousness, from shame to pride and defiance. 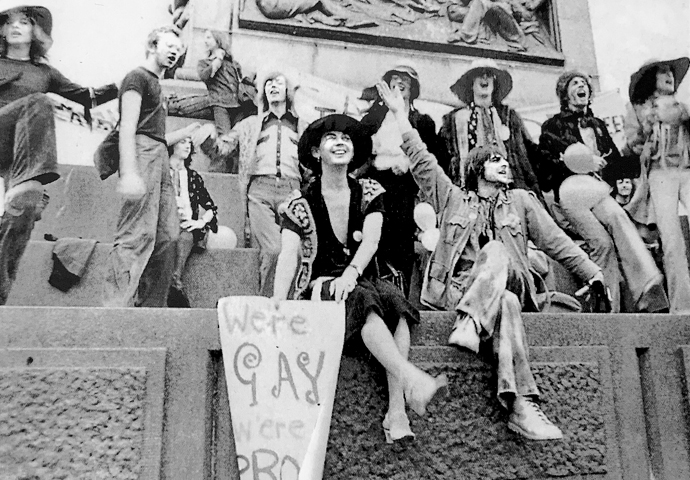 The first major gay demo in the UK in August 1971. Photo: Peter Tatchell

The UK’s first Gay Pride march, in London in 1972, and first LGBT+ switchboard were two notable GLF initiatives. Other achievements include the first LGBT+ community newspaper, Gay News; and Icebreakers, the first counselling service run by and for LGBTs.

GLF’s originals demands, such as protection against discrimination, have been the template for the LGBT+ movement for the last half a century and resulted in many significant advances. LGBT+ people are more visible than ever before and over 80 per cent of the public are now comfortable with LGBTs. All the main homophobic laws have been repealed. Positive LGBT+ images and characters abound on television. Politicians and entertainers are openly gay. Most police are serious, at last, about tackling homophobic, biphobic and transphobic hate crimes. Gayness is no longer classified as a sickness.

There are, of course, still battles to fight and win. The GLF veteran’s Pride march in June set out five key demands:

My own Peter Tatchell Foundation is seeking compensation for the 10,000+ still living gay and bisexual men who were jailed under past homophobic laws. Many of them had their lives ruined by police and judicial persecution. In prison they were beaten and on their release many lost their jobs, were disowned by their families and suffered violent retribution by neighbours.

Fifty years after GLF pioneered a new LGBT+ agenda, my eye is still firmly fixed on the prize: to complete what GLF began and secure a world without homophobia, where people are free to love each other, regardless or sexuality or gender identity.