Man on a motorcycle mission over parking 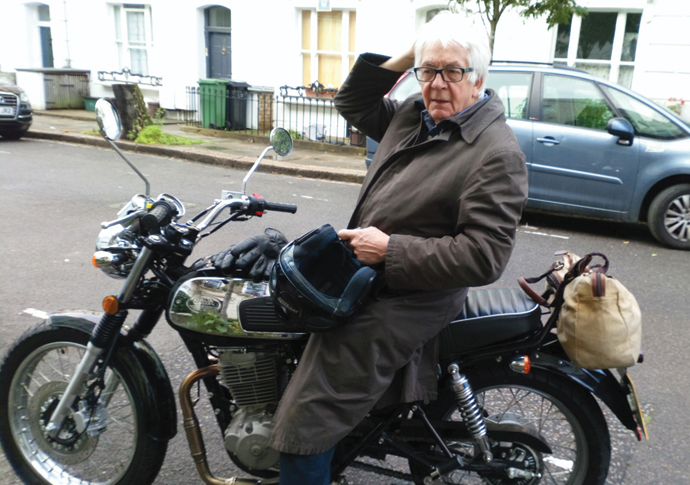 Brian Lake is waiting for answers over new charges

I ALWAYS used to love cycling – however, the only time I experi­mented with a moped as a reporter I crashed it.

But Brian Lake, a kind of a Renaissance man, who runs a fascinating antiquarian bookshop in Blooms­bury, has been on a motorbike saddle for 51 years, ever since his father bought him a second-hand moped for £10.

He uses a motorbike daily from his Kentish Town home – and to my surprise dresses in casual clothes refusing to wear typical heavy, often leather, gear.

He was annoyed several weeks ago to discover the council had suddenly decided to consider a proposal to charge motorcyclists for general parking for the first time, copying Westminster Council.

He sent an email to one of the architects of the plan, Cllr Adam Harrison, assuming it would be a long drawn-out battle – but then he is used to that sort of thing, as he is always hunting the quarry of a prized first edition. He argued that apart from the fact that if the plan took off he would face an annual charge of more than £300, he also pointed out that it didn’t make sense because motorcyclists cause less pollution than cars. But there was no reply.

Last week he supported a protest petition of 1,500 names that went before the council’s full virtual meeting.

As he is still waiting for a reply, I thought I would check his approach so I sent a WhatsApp message on Monday and an email on Tuesday to Cllr Harrison.

Apart from the pollution question, I also asked whether council officials, who had been presumably briefed to draw up the scheme, had been instructed to make a detailed cost/benefit analysis showing the basic overheads, anticipated revenue, and net financial gain for the council.