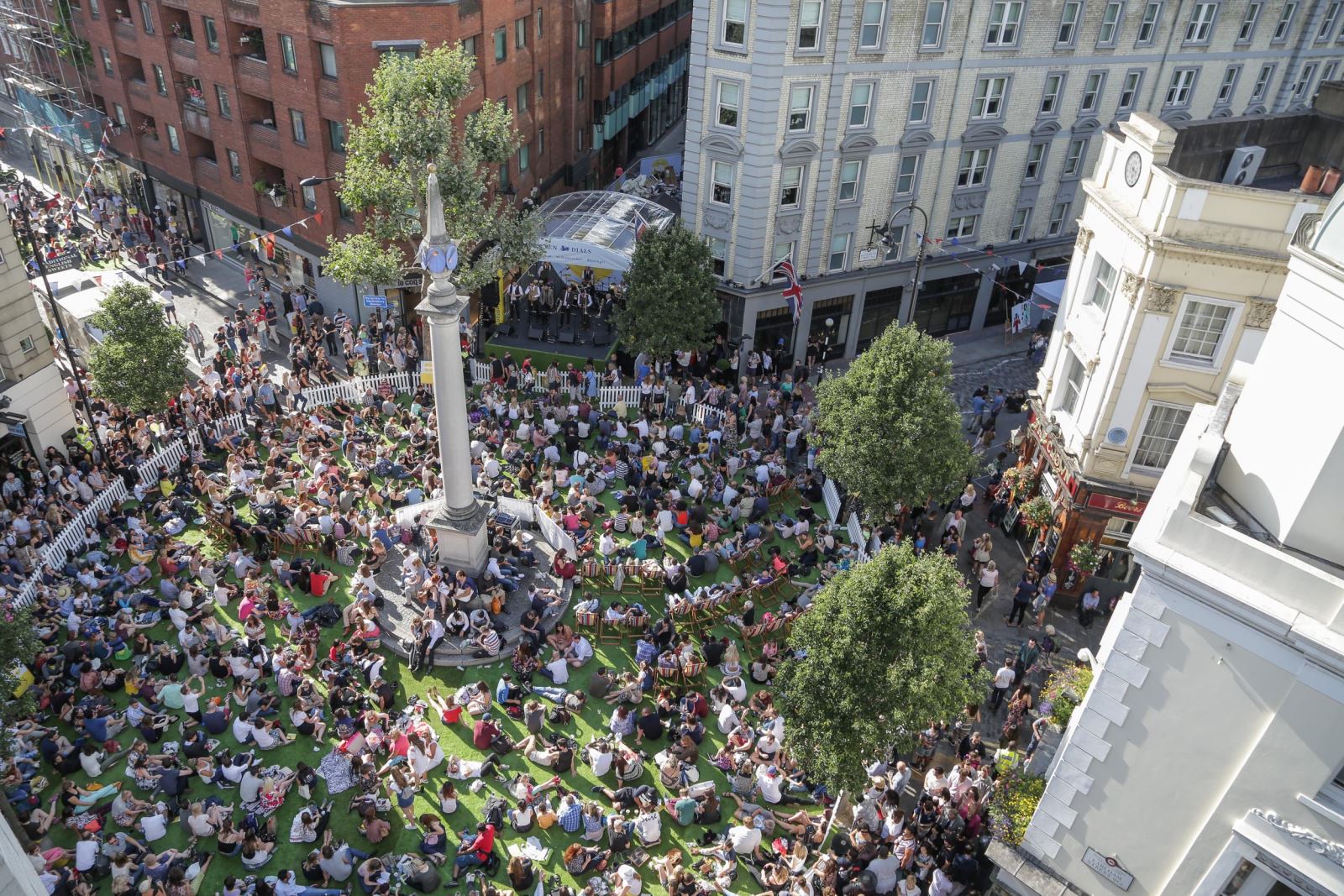 IT might possibly be the best-known road junction in Camden… or at least the one with the most options to go down.

And now 30 years after a monument was erected to overlook the seven different routes that branch out of Seven Dials in Covent Garden, a festival is to be held to celebrate the area around the meeting point.

Festival 30 will be a free-to-attend one-day event at the famous sundial pillar, which was erected in 1989. The interconnecting streets will be closed to traffic on Saturday, June 29, and a “pop-up lawn” will encourage people to enjoy some al fresco dining.

There will also be music from DJs ready to keep people entertained.

Local businesses are getting involved and an array of food stalls will be set up to keep party-goers well fed.

The charity partner, the Seven Dials Trust, has helped with an exhibition detailing the history of the landmark column and the cam­paign and fundraising that led to it being returned to the rounda­bout at Monmouth Street.

The installation of a replica sundial came more than 200 years after the original was removed. MP Thomas Neale had included one in his plans for Seven Dials in the 1690s; an original drawing of what the pillar was going to look like is stored in the British Museum.

The meticulously planned column, however, was taken down in 1773, amid concern that it had become a meeting point for London’s gangs at a time when the area was considered run down and potentially dangerous.

Now home to some of the borough’s most sought-after shops and bars, the monument is more likely to be a gathering point for theatre-goers.