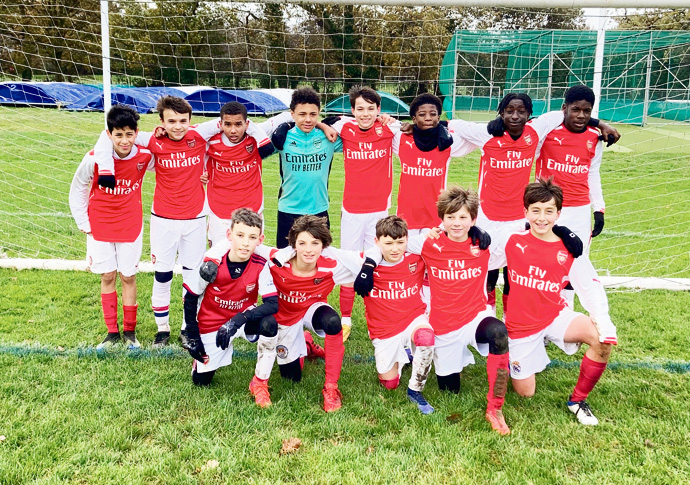 A SQUAD of talented young footballers representing Islington and Camden’s joint district team returned from their trip south of the river on Saturday boasting an impressive victory from their opening game in the Inner London County Schools’ FA League.

Tackling rivals South London, the Under-13s side got off to a flying start after Mohamed Abubakar Salim was tripped in the penalty area, allowing Leopoldo Labiaga to calmly open the scoring from the spot.

Salim was causing the South London defenders all sorts of trouble, and the William Ellis schoolboy doubled Islington and Camden’s lead when he deflected Labiaga’s free-kick into the bottom corner. The north Londoners found themselves 3-0 up at the break thanks to Danta Tuitt, who headed home Joe Rodger’s inch-perfect corner.

South London pulled a goal back in the second half, but Salim wrapped up a commanding 4-1 win with arguably the goal of the game, beating two defenders before coolly rounding the keeper.

Having bagged two goals and earned a penalty, Salim certainly caught the eye. But Islington and Camden manager Marc Stocking, who runs the side with Paul Subaran, was clear it was the team performance that secured the points.

He said: “Myself and Paul tweaked a few things in training and the boys took it on board and worked really hard. We are all over the moon with the performance and the result. Normally we select a man of the match after every game but today that award went to every player as they were all top-drawer.”

Players from Islington Primary Schools’ District team were also celebrating at the weekend after winning 2-0 away at Wandsworth in the group stages of the Inner London County Schools’ FA Kay Trophy. 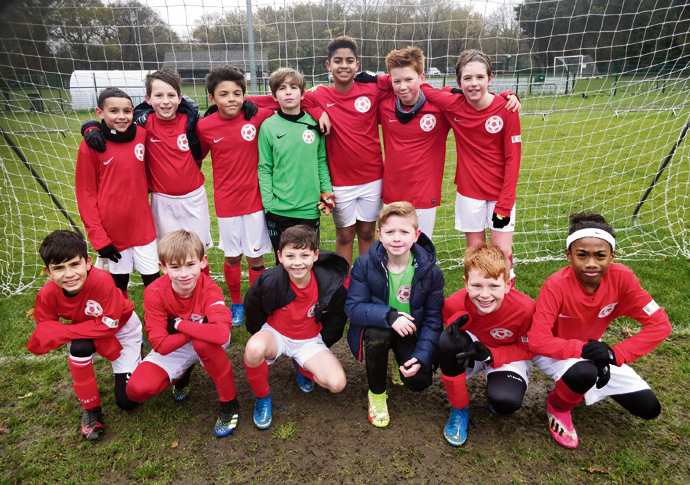 Building from the back, the Under-11s side didn’t let the cold and breezy conditions at Colliers Wood FC in south London freeze their free-flowing football as they made a commanding start.

Having seen a penalty shout waved away by the referee in the opening minutes, Islington were then awarded a spot-kick when Thomas O’Keefe was bundled over in the box. The visitors were forced to wait for their opening goal, however, as Mert Polat saw his penalty excellently saved by the Wandsworth goalkeeper.

Islington kept on pushing, but it looked like it was going to be one of those days when Noah Odimna unselfishly set up O’Keefe, only for his shot to come back off the post.

Islington finally broke the deadlock just before the break when Odimna found space and beat the goalkeeper inside his right-hand post.

With defenders Ryan Williams, Louis Munslow-Ong and Vlad Dukochaev putting in a solid performance, supported by Liam Hamann-Chanes who sat in front of the backline, Islington managed to earn a well-deserved clean-sheet.

It was their second clean-sheet in a row following their goalless draw against Lewisham in their opening match.

This time, however, Islington found the goals at the other end of the pitch to earn the win – their second coming courtesy of a clinical finish from Albert Shirley.

After admitting there were “a few nerves” late on, winning manager Michael MacNeill said: “It was a very thorough performance. We were solid defensively, giving Wandsworth very few clear opportunities.

“We created chances through the midfield and perhaps should have scored more with the opportunities we had.

“I was just a bit nervous that we didn’t make our dominance count, as at 1-0 there is always a chance the other team can get back into it. But once we scored the second goal we looked relatively comfortable and in control of the game.”

Islington are back on the road this weekend when they take on Chelmsford & West Essex away in their opening game in the Lester Finch Trophy.