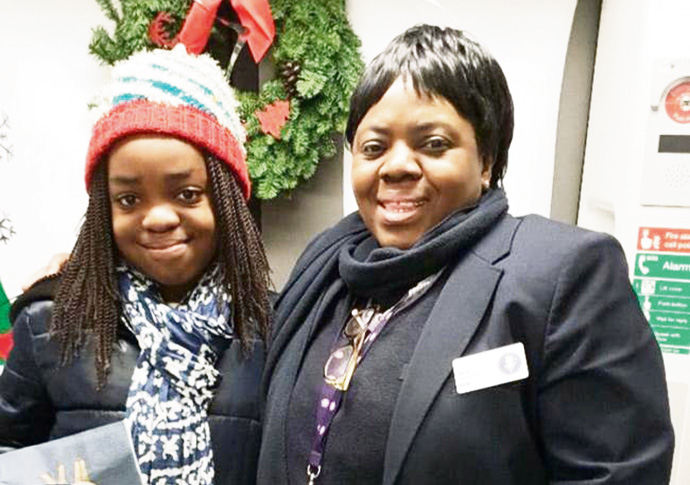 UNION chiefs are dem­anding that compensation is awarded to the family of a transport worker who died from coronavirus after being spat on by a well-dressed commuter in Victoria station.

The Transport Salaried Staffs’ Association (TSSA) said a £60,000 payout, available to families of National Health Service and care workers who die from coronavirus, should be extended to include its members.

It follows the death of Belly Mujinga on April 5 days after reporting being intentionally spat at on the station concourse by a man who said he had the Covid-19 virus. She was 47.

In a letter to prime minister Boris Johnson, the TSSA general secretary Manuel Cortes said: “Belly Mujinga was one of many transport workers bravely going to work to keep our country moving through the pandemic and ensuring that ­other key workers can get to their workplaces. She put herself on the front line and she has died of the virus.

“We ask you to extend the compensation to Belly Mujinga’s family and to ­other transport workers who die from coronavirus.”

Ms Mujinga, mother to an 11-year-old daughter, Ingrid, told her bosses at Govia Thameslink Railway (GTR) about the attack but police were not called at the time. She is said to have had underlying respiratory conditions.

The British Transport Police has ruled out launching murder investigation despite calls from some of her family.

The health secretary Matt Hancock announced last month that families of those who died doing “essential front-line work” would receive £60,000.

The policy was for NHS and social care staff but left other key workers on the front line of the crisis uncovered.

Figures put out this week show 42 Transport for London workers have died with Covid-19, in addition to 10 Network Rail staff.

On Wednesday prime minister Boris Johnson told the House of Commons: “Yesterday, this House learnt of the tragic death of Belly Mujinga.

“The fact that she was abused for doing her job is utterly appalling.

“My thoughts, and I am sure the thoughts of the whole House, are with her family.”

A police investigation was launched more than a month after Ms Mujinga was attacked on March 21.

One of Ms Mujinga’s colleagues spoke of being “anxious and scared” about the prospect of more commuters going back to work with the loosening of lockdown restrictions this week.

GTR said it “took any allegations extremely seriously” and that it was investigating all claims. Angie Doll, of GTR, said: “The safety of our customers and staff, who are key workers them­selves, continues to be front of mind at all times and we follow the latest government advice.”