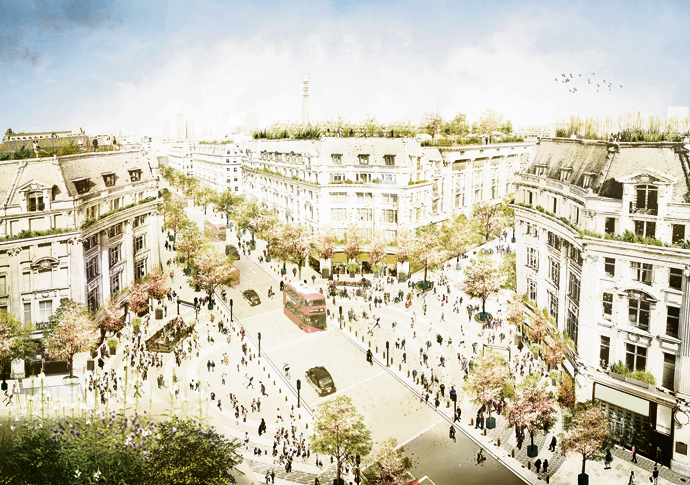 WESTMINSTER City Hall appeared in disarray this week when it comes to major projects after council chiefs shredded flagship plans for a pedestrianised piazza at Oxford Circus and weeks after a top Tory quit over the Marble Arch Mound fiasco.

Millions of pounds were due to be spent on another of the council’s fast-track Oxford Street District schemes that would have sent buses and taxis piling into residential neighbourhoods.

The public reaction to the temporary 150-metre Regent’s Street and Oxford Street road closures has become a major cause of concern for the Conservative administration and critics believe the move has been simply to avoid controversy at next year’s council elections.

But opposition councillors are demanding answers to serious questions about the council’s capability to handle urban design projects, planning team, and decision-making when it comes to public money.

The piazza U-turn comes hot on the heels of the mound debacle that in August triggered the resignation of the deputy leader of the council, Melvyn Caplan.

Labour had called for a moratorium on major projects following the chaos over the mound scheme that was significantly delayed, three times over budget, and internationally derided. There are concerns that other key planks of the wider £150million Oxford Street District plan could now fall apart.

The piazza scheme was strongly criticised by resident groups who said it was being managed in a top-down way and there had not been enough proper information, preparation and consultation.

Mike Dunn, from the Better Oxford Street campaign group, told Extra: “The statement from Cllr Green makes clear that a permanent introduction of the piazzas is still on the table but reference is made to ‘meaningful engagement’ and we really hope that means what it says.

“Also to be welcomed is that in order to proceed the business case must be clear and that there will be complete clarity on the impacts on residents and on costs. We shall certainly be remembering those criteria.”

The city council pulled out of joint plans with the Mayor of London to pedestrianise all of Oxford Street in the run-up to the 2018 council elections. That led to a total collapse in the council’s working relationship with Sadiq Khan, who this week described the council’s Oxford Circus “disappointing”.

An internal “review” into the council’s handling of the mound debacle is due to report back next month. Labour had called for an independent inquiry and a moratorium on new capital spending in the Oxford Street District Project until “any review has reported and been acted upon”.

Labour Group leader Cllr Adam Hug said: “Following the mess Westminster Council made of the Marble Arch Mound it is vital that the council gets its house in-order before ploughing ahead with other major projects in the £150million Oxford Street District Project. This screeching U-turn, while necessary, highlights the incompetence and arrogance with which the Conservative-run council has operated for far too long.”

Matthew Green, Westminster’s cabinet member for business, said: “Having listened to residents and reviewed the cost-effectiveness of the proposal for a pilot for the Oxford Circus piazzas, we have decided that it’s better to move forward with a focus on permanent schemes.

“Therefore, the temporary piazzas previously planned to open at Oxford Circus later this year will not now go ahead.”