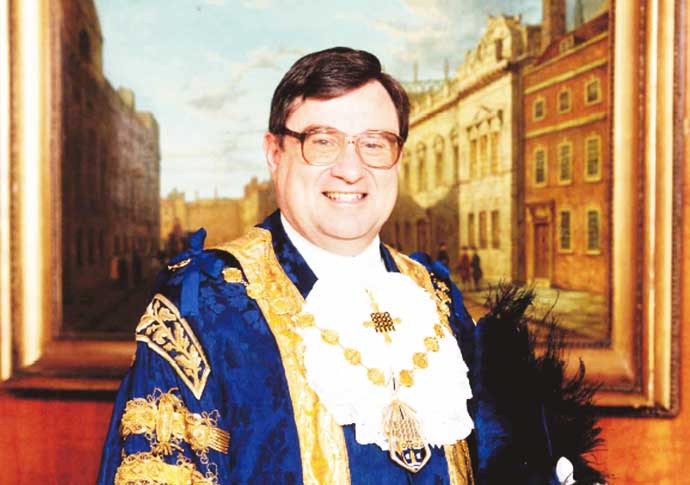 TRIBUTES have been paid to a former Lord Mayor of Westminster following his death at the weekend.

Alan Bradley was first elected to Westminster Council on May 4 1978. He retired in 2014, having served as a councillor for 36 years.

He represented St George’s ward up to 2002 and then Tachbrook until his retirement when he was made an honorary alderman He served as mayor in 1995-1996 and chaired almost all of the council’s committees during his long service.

Cllr Ruth Bush, the current Labour Lord Mayor, who is also a fellow trustee of Westminster Tree Trust, said: “I greatly respected Alan and was very sad to hear of his death. He was a fine councillor and Lord Mayor and I send his family my sincere condolences.

“We first worked together many years ago on a task group examining the cause of cycle accidents near certain junctions. We discovered that road damage was worse at these locations, and so repairs needed to be made there more often. When that began to happen the accidents were reduced. Alan and I frequently congratulated ourselves on actually getting something done.”

Mr Bradley was given a standing ovation when he retired from the council in April 2014.

In a tweet, council leader Nickie Aiken added: “My thoughts are with his family at this very sad time.”

Mr Bradley served on the management committee of the famous Dolphin Square block where he lived for many years.