The Horse Hospital’s founder: ‘If we have to leave they might as well pull the building down’ 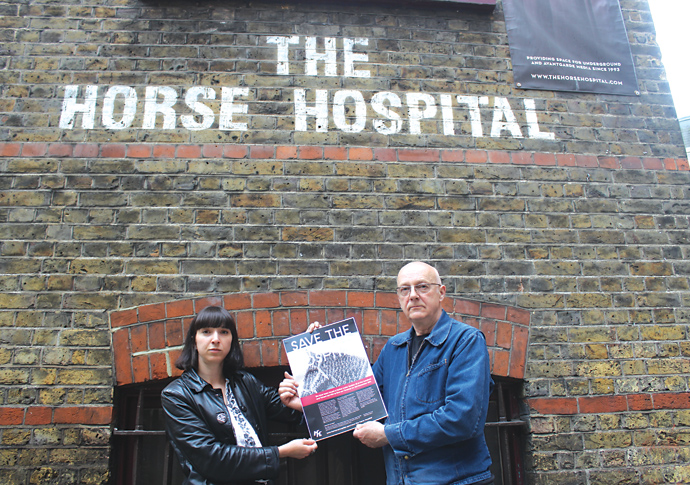 THE founder of an independent arts space in Bloomsbury says it is under threat of closure if an affordable new rent cannot be agreed.

Grade II-listed The Horse Hospital, in Colonnade, offers a ground-floor space for unfunded and unfounded artists as well as a fashion archive on the first floor.

Last month, the landlord issued them with a notice proposing to raise their rent to £130,000 from their current annual fee of £30,000.

Staff have launched a campaign, saying as an unfunded and not-for-profit organisation, an increase in rent would be a struggle.

Roger Burton, who has leased the building for 26 years, said: “I would never be able to find an alternate space in London, as rents are way out of our reach, and besides we have made this historic building into a cultural landmark, a brand with an international reputation that people come from all over the world to see.

“If we have to leave they might as well pull the building down as all that history that we created will be lost forever.”

The landlords, Cardiff-based Evannance Investments Ltd, said they don’t have any other plans for the building at present and want to agree a new lease at a fair rent so that Mr Burton can stay.

They said in a statement they were negotiating a new lease through a “statutory process”.

A spokesman added: “The current lease was agreed in 1991, and the rent has not increased since 2001.

“This demonstrates our support for The Horse Hospital, over many years, and we very much hope to be able to agree a new lease at a fair rent.”

He added: “The building’s future is safe – it is Grade II-listed, we have owned it for almost a century, and we are not developers.”

The building was originally constructed in 1797 to house 24 horses, 12 on each floor, and soon became a veterinarian practice. In 1913, it became a print works before being vacated in 1986. Roger took a lease on the building in 1992.

Mr Burton’s first ever exhibition in 1993 was a retrospective of punk clothing designs by ­Vivienne Westwood and Malcolm McLaren from the 1970s.

Ramps into the building still have hardwood slats that would prevent the horses from slipping.

Exhibitions are free and events are made affordable, usually below £10.

In 2014, the building was made an Asset of Community Value (ACV), which needs to be renewed.

The campaign is calling for neighbours to renominate it again to help “retain its integrity as an important alternative art space”. If an agreement cannot be made by December 31 this year, the venue can ask the court to settle the terms.

“The council has contacted those involved in submitting the original nomination to inform them about this and to discuss what would need to be submitted for an application to designate it as an ACV for a further five years. To date, the council has not received an application for The Horse Hospital.”