‘School at risk is victim of Ofsted system’ 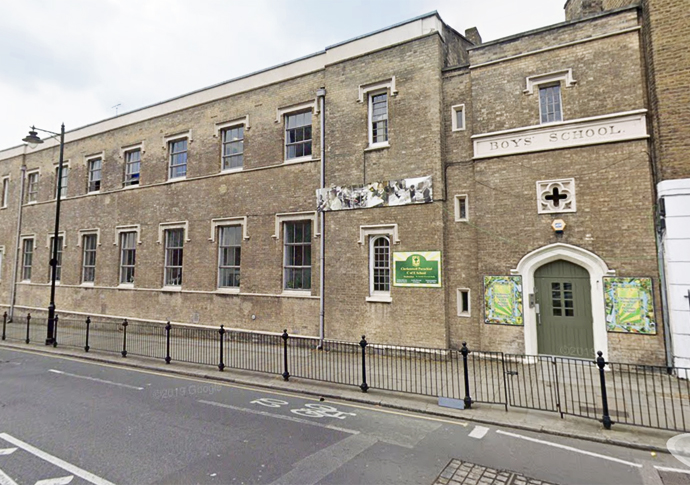 SCHOOL leaders say one of London’s oldest primary schools at risk of closure is a victim of the Ofsted inspection system.

Clerkenwell Parochial CoE Primary School in Amwell Street has been told it could close by next year because of funding issues due to low pupil numbers.

But it is claimed this was, in part, due to parents removing children in the wake of an inspection four years ago.

A follow-up check that may have reassured parents was not held due to the coronavirus pandemic.

Christopher Trundle, who chairs the Local Academy Committee, said: “Sadly, there has been no full Ofsted inspection since 2016 to demonstrate just how much the school has improved. This has had an impact on admissions, which have been very low in the last couple of years, and with more recent demographic shifts there are now simply too many school places in this part of London for the number of children who live here.”

The amount of pupils coming through the door is crucial to all schools as it affects how much funding they receive from the government.

Clerkenwell Councillor Ben Mackmurdie, whose daughter used to attend the school, said: “I just feel like a lot of kids were leaving after the Ofsted report. The school is just losing kids because parents are pulling them out. People were pulling their children out of the school at a high rate. When my daughter’s year started in 2015 there were two class sizes. They’ve now lost 50 per cent of their children.”

Cllr Mackmurdie said his daughter moved schools last year. Clerkenwell Primary received just three applications to reception last year and is operating with 117 pupils on roll despite having capacity for 240.

Mr Trundle said: “The headteacher took over after a serious Ofsted inspection outcome, and has, over the last three and a half years, addressed all the concerns, developed a motivated and dedicated staff team, and created a caring and inspiring environment.”

Schools cabinet member Labour councillor Kaya Comer-Schwartz said: “It is a shame that such a historic school is having to consider closure, but as the make-up of families in Islington changes and pupil numbers fall, schools are faced with very difficult decisions. We understand that this news will be upsetting and that parents and carers will have questions about what happens next.

“We will provide them with advice and guidance, including details of alternative schools if needed, and will work with the multi-academy trust as it makes arrangements to hold a public ‘listening period’ in the new year.”

An Ofsted spokesperson said: “The school became part of a multi-academy trust in October 2017, it was treated as a new school, and would normally have been inspected within three years. However, because of Covid-19, routine inspections have been suspended since April this year.”

They added they would be carrying out a phased return to inspection in 2021.