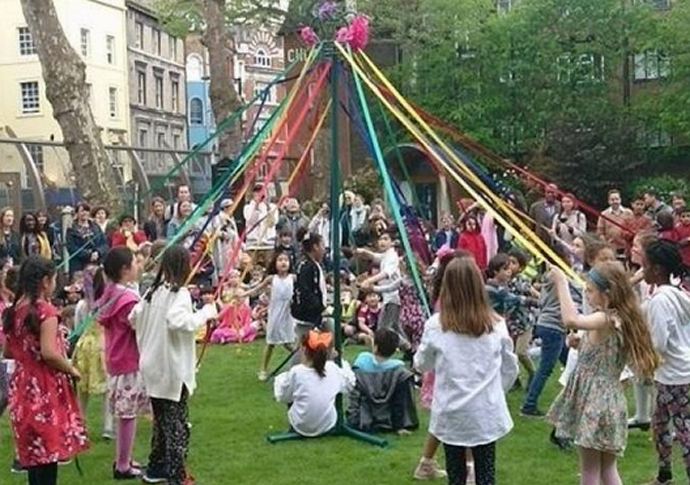 A PRIMARY school has launched a desperate appeal after the coronavirus lockdown plunged it into a funding crisis.

Soho Parish Primary School says Covid-19 restrictions have “wiped out” all potential for “essential fundraising” and left it unable to plug its annual £100,000 shortfall.

The school says it had to raise the six-figure sum each year because of the government’s controversial funding system.

Its online fundraiser to “Save the only school in Soho” says it is struggling “to survive” and is “under considerable threat”.

The lost income means the school cannot buy basic supplies like stationery and “will be forced to make further redundancies”.

The school says it is hoping to be able to keep on its hard-working teaching assistants, who work with special education needs pupils.

But with restrictions in place it has been impossible to rent out the building for private events and the Soho Food Feast festival – which normally brings in £40,000 – has had to be cancelled.

An online fundraising page, set up by the school, said: “This year the coronavirus pandemic has wiped out our essential fundraising. We had to cancel the food feast and have lost considerable income from letting our building and providing after school care. We need help.”

Government funding is so tight that after staff wages are paid there is “nothing left”.

“This leads to a shortfall of around £100,000 per year; a gap our parents and staff work hard to fill with fundraising,” the online page said.

Despite being the only school in Soho, Soho Parish is comparatively small with a single-form entry and class sizes of 25.

Schools are funded per pupil in this country in a system that has been criticised for several years by teacher unions.

The Department for Education says schools are receiving a record level of funding. But the this does not tally with the cries of anguish from head teachers across the country after a decade of austerity budgets.

The National Education Union said: “Despite the government’s claims to level up school funding, we know head teachers don’t have money in the bank to run their schools right now; 83 per cent of schools in England still lose out this year compared to 2015 without a funding increase that covers their increased costs; 389 nursery schools are facing cuts or closure next year. Over 2,700 children with special educational needs are still waiting for a school place.”

It also wants to continue to provide therapy for families and children who have experienced bereavement, domestic abuse or other emotional trauma as a result of the pandemic.

Donors are invited to give £20 to buy breakfast for a vulnerable pupil for a term or £5 for a new exercise book.

The DfE announced this week a “first major reb­uilding programme since 2014”, when the Conservative government scrapped Labour’s Building Schools for the Future programme. It said: “Schools and colleges will also receive funding this year to refurbish buildings in order to continue raising standards across the country.”

Boris Johnson added: “As we bounce back from the pandemic it’s important we lay the foundations for a country where everyone has the opportunity to succeed, with our younger generations front and centre of this mission. This major new investment will make sure our schools and colleges are fit for the future, with better facilities and brand new buildings so that every child gets a world-class education.”