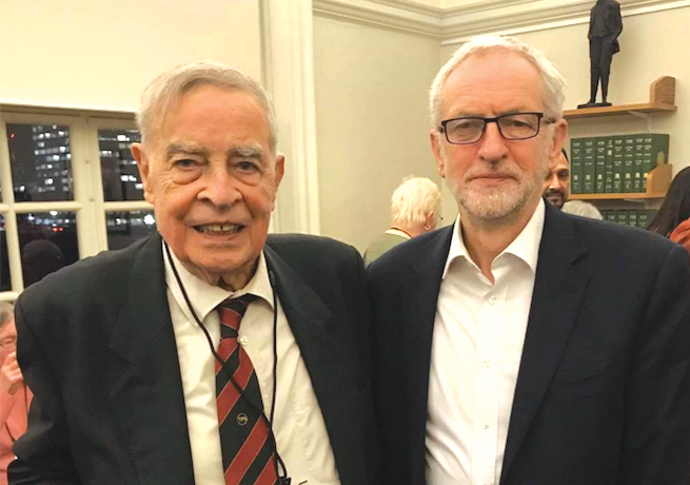 I THOUGHT I was facing a frosty moment as I was walking with Stan Newens, a central London Euro MP, across a square in Strasbourg, the Euro parliament of the 1980s.

We had suddenly met the combative Ian Paisley, leader of the Northern Ireland Unionists – and I prepared myself for a typical Paisley “outburst” against the well known left-wing Labour Newens.

But not a hint of disapproval on Paisley’s lips. He was all smiles and bon vivieur. And he and Newens chatted amiably as if confeder­ates, not the political enemies they were.

This typified Newens – he was a man of Old Labour ideals who had learned the art of making alliances whatever the political minefield.
Such old hands like Newens, who died last week, at 91, are now more and more rare.

He didn’t learn his politics in textbooks or at college lectures but from life experience. He grew up in a working-class family, worked in the coal pits in the late 40s because he was a conscientious objector and refused to join the armed forces.

Later, he showed what can be achieved through self-education and became a teacher in London schools. He was also drawn to the left of the Labour Party and became an MP for Epping, Harlow and then a central London MEP in the EU, covering Camden and Islington in the 80s which is when I first met him.

I always felt he was at home in the working-class atmosphere of Somers Town as he took up complaints from constituents. We became friendly because he had a catholic range of intellectual pursuits, and after retirement he wrote remarkable local histories about Essex.
On the political circuit of public meetings he had built up a reputation as a speaker who turned his speeches into “mini-lectures”, wrapping up thoughts with enough convincing arguments to persuade even the most awkward hostile audience.

He had invited me to Strasbourg for a few days in the late 80s – and that is where I discovered the quality of a man who remained steadfast in the basic belief of the the need for a more egalitarian society.

He was drawn to help the independence movements of nations in the Caribbean, Africa and Asia and became a leading figure in the Movement for Colonial Freedom. In that period of the 1950s -1980s he became friends with the legendary Fenner Brockway and the then later Labour leader Michael Foot.

Known as a compassionate man, he was always ready to help constituents struggling against red tape or grasping landlords or employers. He remained true to the beliefs of his younger days.