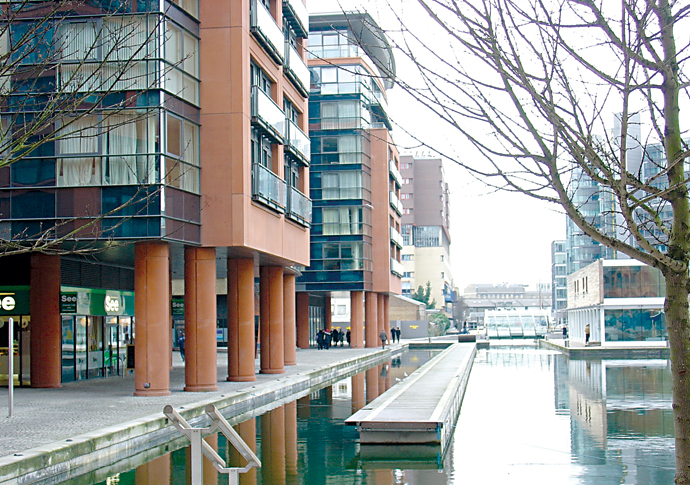 GREETINGS, strollers – tie up your laces and join Diary on this week’s virtual walk of dear Westminster.

We parted last week in Castlereagh Street, Marylebone, and will take off again heading westwards.

As we cross Edgware Road, let us briefly cast our minds back to a spring day in 1829, and strain our ears to hear a puff-puff-puffing above the neighing of horses and the clatter of carriages.

It was in this year Edgware Road became a test track for a remarkable inventor, Dr Goldsworthy Gurney.

Gurney, who as well as being a mechanic earned a living as a surgeon from his Soho base, was fascinated by the idea of building a steam-powered carriage. Gurney had experimented with burning hydrogen and oxygen together – and by the late 1820s had decided the future lay in a personal, self-propelled form of transport.

He built himself a steam carriage in his garage in Albany Street, and set off up Edgware Road with the aim of reaching Bath (he made it). Travelling at a stately 10 miles per hour, he chugged past our present stop with a trailer attached to his contraption, which bore four passengers and extra coke to help keep the steam up.

Gurney would later give evidence to a parliamentary select committee in 1831, praising the virtues of his invention. But he faced a strong lobby from those in the horse and cart industry – the select committee was formed under pressure to consider how much of a nuisance this new-fangled idea would be, how they might affect the roads and what tolls should be levied if they were given permission to continue.

Now we dip into the area known as Tyburnia, further west of Edgware Road, and admire the architecture of Norfolk Crescent, and the Oxford and Cambridge Squares. The area is named after the lost river that flows from the heights of Hampstead out west and snakes through the patch until meandering through royal parks and on to the Thames. These squares were laid out for the Church of England by Samuel Pepys Cockerell – the great-great-nephew of the diarist.

Cockerell had an eye for the fancy: his most celebrated creation is Sezincote House, built for his brother out in Gloucestershire. It is festooned with Oriental imagery – inspiring John Nash, who built the Prince Regent his Brighton Pavilion. 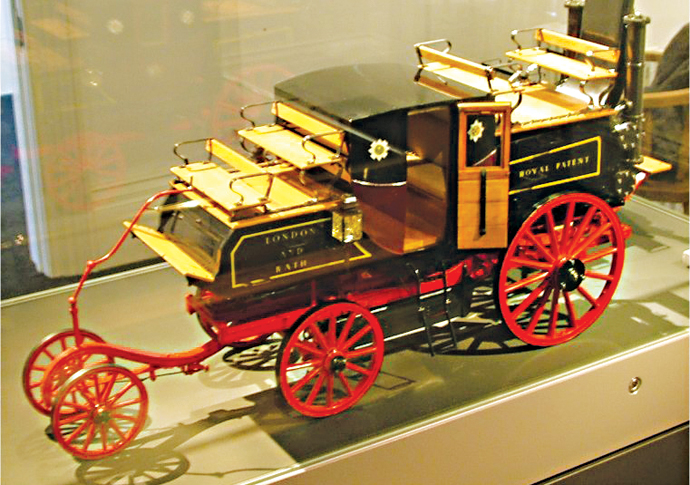 A model of Gurney’s steam carriage

Cockerell – who laid out much of Bayswater and then drew up a masterplan for the Tyburnia area for the Bishop of London – did not live long enough to see it completed. Instead, from 1827, surveyor George Gutch took over the scheme, and would remain district surveyor for the area for the next 50 years.

Much of the neighbourhood was laid out in a simplified grid system – except for one north-to-south stretch of streets. And the reason these the streets seem to have incongruous wiggles built into their route? Because they follow the now subterranean path of the old River Tyburn.

These glorious examples of late Georgian and early Victorian squares attracted a fair number of the well-heeled.

Caricaturist and author George du Maurier lived at No 17 Oxford Square in the late 1800s: du Maurier was known for his biting cartoons in the periodical, Punch, and penning the Gothic novel Trilby, which featured the character Svengali. Not only was he the grandad of the more famous writer Daphne, five of his grandsons are said to have been the inspirations for JM Barrie’s Peter Pan. Du Maurier’s neighbours included Queen Victoria’s diplomat to both the Russian and Ottoman empires, Lord Currie.

Currie lived at Oxford Square with his wife, Mary Lamb, who wrote scandalous doggerel-like poetry under the pen name Violet Fane. The pair married in their 50s and had no children, meaning Lord Currie’s title – he was made Baron Currie of Crawley for his services to the Empire – was never passed on.

And while many of the streets were sought-after, attracting gentry, parts of Tyburnia soon slipped into acute poverty. Old Bailey court reports reveal some of the larger homes became known for prostitution from the 1830s, made worse when Paddington train station opened in 1854.

The Grand Union Canal also made its presence felt. When Paddington Basin, a few streets north of the squares, opened in 1801 associated industries and warehouses soon sprang up. Contemporary reports describe hundreds of carts lining up each day to collect goods brought to London – causing tailbacks so acute they reached Hyde Park. Plus ça change.

Today, Paddington Basin is quieter: ringed by new homes, it also includes posh offices and eateries offering diners quayside meals. But a reminder of its industrial past can be found a street away, in Junction Mews.

Now a private home, a sign still informs you that the industrial-looking Boatman’s Institute was founded here. Built in 1827, it was used as a meeting place and a chapel for the men, women and children who plied their trades as long-boat operators on the canal. The hard daily grind of canal life would be offset by the solid hot meals served there, the chance for a good wash, and a gossip with others on the waterways.

Its design holds clues to the history of canal: strongly influenced by Dutch architecture, it boasts pitched roofs and decorated gable ends. Inside, vaulted ceilings add another Low Countries touch – and were a nod to the close trade with Holland and Belgium, as well as the influence of Dutch barges on the craft that plied the UK’s waterways.

And on that note, till next week.