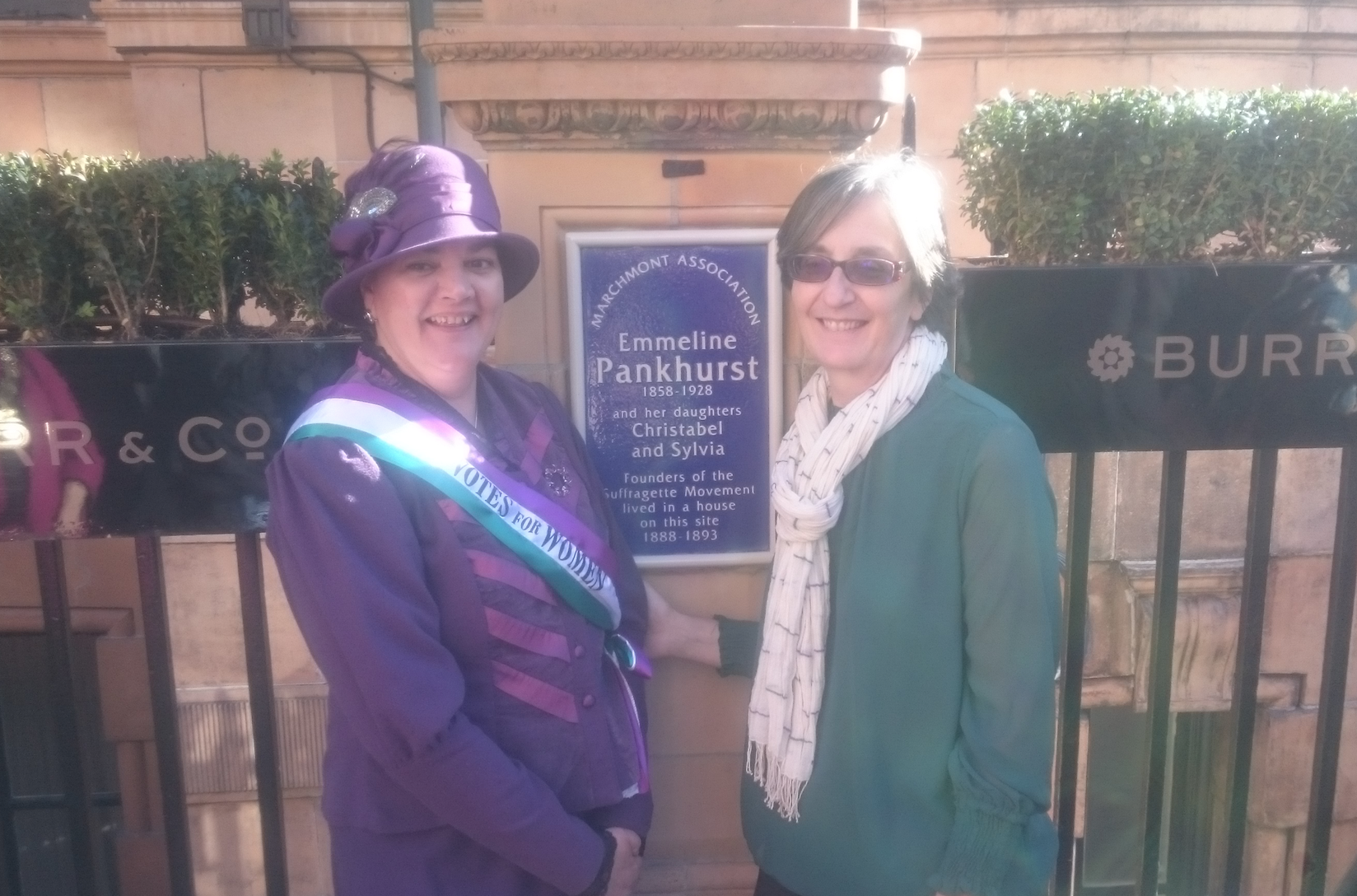 SYLVIA Pankhurst’s granddaughter warned that the women’s movement still has a long way to go as she unveiled a plaque outside her family’s former home.

Dr Helen Pankhurst, who lives in Belsize Park, said the Pankhursts would have done a lot of “thinking and mobilising” in the house that has since been replaced by the landmark Principal Hotel. The Pankhurst family – including socialist icon Sylvia, and Suffragette leaders Emmeline and Christabel – lived at 8 Russell Square between 1888 and 1893.

When asked about whether winning the vote had been as effective as the Suffragettes had hoped, Dr Pankhurst told the New Journal: “There are certain areas where we have moved the least forward – look at social media, and the sexualisation of women. Even young girls of 8, 9, 10, they are obsessed with how they look. Always the thing that depresses me most, it is not politics, it is not economics. It is violence against women. The thing has morphed, through social media, and online pornography – there is a sense that it is all coming back. It is not traditional violence.”

She told the story of one eight-year-old girl who was worried about not having dark tights because her leg hair would show, and a 13-year-old obsessed by make-up. She also criticised the “beautifi­cation” of toys and “merchandising of those ideas” in culture and on TV, adding: “When you look at how the media portrays women in politics, you can see how much more there is to do. Right now I am most scared about the political space than I have been for many, many years. There is no centre ground. There are these dinosaurs with ideas of entitlement, and there are others who are saying, well, just get rid of all of that, get rid of gender, colour, sexuality – and let people be people. It’s an interesting time.”

In 1891, a three-night conference of the Women’s Franchise League was held at 8 Russell Square. The league, a precursor to the Women’s Social and Political Union (WSPU) that was officially formed in 1903, called for women’s suffrage and supported equal rights on divorce and inheritance.

The WPSU would later go on to win some women the vote in 1918 but the campaign would split the family forever.

Dr Pankhurst said her family had been “riven” by political differences and “differed on tactics in so many ways”, adding: “They differed on the idea of whether you needed incremental change – to get the vote for some women, or go for fundamental change and campaign for all women. They had at the end very different party political affiliations – Christabel and Emmeline moving to the far right, Sylvia to the far left. They differed on what the role of men should be in the campaign. It was a family representing the idea of feminism and feminist unity, but also at its heart riven by differences.”

She spoke about “forgotten” Pankhursts who lived in the house in Russell Square, including Emmeline’s husband Richard and his son, Harry, “who died quite young” and was “never really talked about in the suffrage movement”. Also, Adela, who moved to Australia.

At a reception in the hotel, Dr Pankhurst said: “Politically, I am much aligned to Sylvia. She was aware of how injustice manifests in many different ways, and that you don’t just focus on your own cause.” The plaque is funded by the Principal Hotel and the current Bloomsbury Festival – which has a women’s activists theme this year – and organised by the Marchmont Association plaques scheme.

Ricci de Freitas, chair of the Marchmont Association, said: “This plaque was probably our most significant plaque to date, commemorating as it does three such important figures in history during the centenary year of some women obtaining the right to vote. We are grateful to Principal London for allowing us to install this plaque on their beautifully restored building and for generously sponsoring the plaque.”