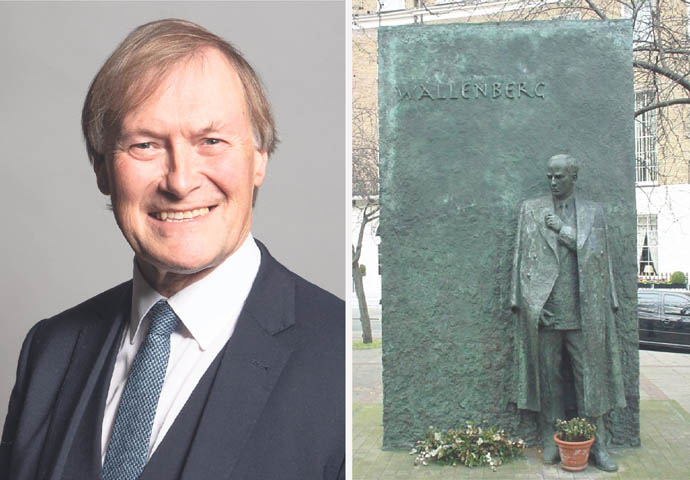 • LIKE everyone else, I am shocked and saddened by the senseless killing of Sir David Amess MP.

He was simply doing his job of meeting his constituents and taking up their concerns.

Sir David had a significant connection with Westminster for which he should be remembered with much thanks and respect.

In the 1990s Sir David successfully campaigned for the Raoul Wallenberg Memorial which is located outside the Western Marble Arch synagogue in Wallenberg Place.

Raoul Wallenberg (1912-1947) was a Swedish diplomat in Budapest during the Second World War and he helped to rescue thousands of Jews who lived in Hungary under the Nazis by issuing them with protective passports.

The Wallenberg Memorial is a fitting tribute to a man who did so much for so many people who were in fear of their lives.

Westminster City Council should find a way of remembering the life of Sir David Amess, a parliamentarian for nearly 40 years who represented his constituents with diligence and who took up causes and campaigns which benefited many, and who has been killed so tragically.