The flat that changed history

A modest flat is one of the highlights of a tour of Somers Town’s radical past. Dan Carrier talks to the guide, Professor Esther Leslie 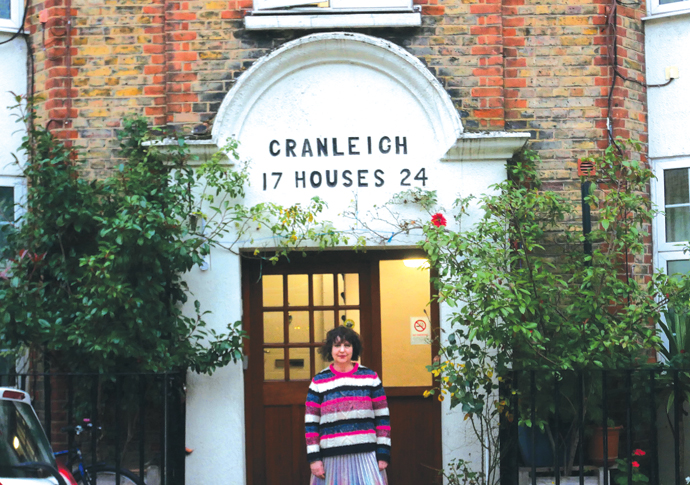 IT was from a small flat in Somers Town that George Padmore helped change the world.

The writer and activist, who lived in Cranleigh Street, was instrumental in helping the formation of Ghana – formerly the Gold Coast – as the first post-colonial, self-governed African state. His role in highlighting the evils of colonialism was one of his many achievements.

This week, as part of Camden’s celebration of black history, Professor Esther Leslie is leading a tour through Somers Town, revealing the area’s fascinating pasts – and telling the story of how the Cranleigh Street flat that became a London centre for global justice and the battle against imperialism.

Prof Leslie teaches at Birkbeck and specialises in Politics and Aesthetics, and her interest in Somers Town and George Padmore comes from a number of influences.

Involved with the Somers Town History Club, the roles of black activists was an area she wanted to explore.

“We have been developing narratives about radicals, rebels and reformers – and the area has a history linked to the likes of William Godwin, Mary Wollstonecraft, and later Basil Jellicoe.”

A personal connection partly prompted her to learn more about Padmore.

“My grandfather, Charlie Lahr, was a German-born Jewish anarchist who moved to England in 1906.

“He ran a bookshop in Camden Town and it became the haunt of Jomo Kenyatta, CLR James – and George Padmore.

“CLR James, who had been at the same school as Padmore in Trinidad, learned his politics at my grandfather’s bookshop. It was a place of debate and discussion. My grandfather would give books away – he was more interested in spreading knowledge than making a living.

“George would come to his house for Sunday lunch.”

It meant Prof Leslie had heard about Padmore and his beliefs before she found the house he lived in.

“I was fascinated by him – and my interest grew when I saw the plaque on his home in Cranleigh Street,” she adds.

Padmore lived in the block – built as industrial dwellings – from 1941 to 1957, with his partner Dorothy Pizer. It became a key meeting place for left wingers, pan-Africanists, anti-colonial movements. Letters from the likes of Richard Wright and WEB DuBois would drop through its letterbox. 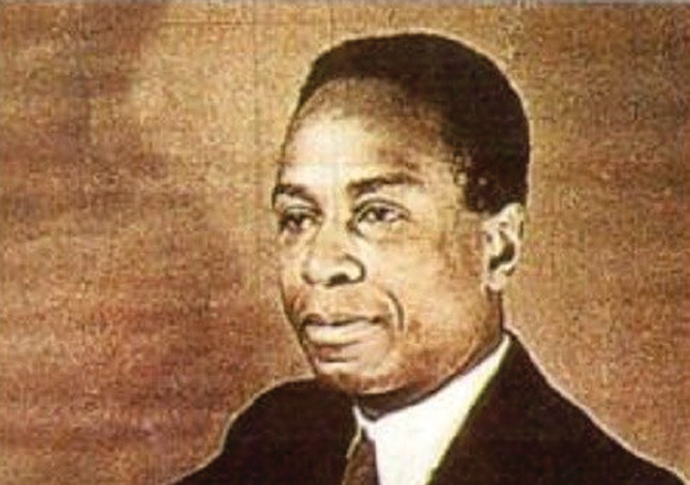 “People who went on to change the world and shape 20th century history were always in and out of this small flat,” says Prof Leslie.

“It was stuffed full of books and pamphlets. There were signed photos on the walls sent by African American stars. It was an active place.”

George ran the International African Service Bureau and issued releases to highlight their work. He saw the Somers Town working-class community as possible comrades who could help free their African brothers.

“He wanted to make sure people knew about colonialism,” adds Prof Leslie. “He wanted to forge links between British and African workers.”

Padmore watched the invasion of Abyssinia by Mussolini’s fascist Italy and saw the public’s response. He believed it was crucial that while condemning fascism, the public were told the truth about the British empire.

“He wanted to let the working classes know of the terrible things being done,” she states. “He believed if the truth was told, the working class would join African trade unions in the struggle against colonialism.”

His work was recognised by Labour politicians – and their response is worth recalling when historical revisionists attempt to undermine our better understanding today of the evils of colonialism.

Writing in the foreword to Padmore’s book, Africa and World Peace, Sir Stafford Cripps said: “The facts he discloses so ruthlessly are undoubtedly unpleasant facts, the story which he tells of the colonization of Africa is sordid in the extreme, but both the facts and the story are true. We have, so many of us, been brought up in the atmosphere of ‘The White Man’s Burden’ and have had our minds clouded and confused by the continued propaganda for imperialism that we may be shocked by this bare courageous exposure of the great myth of the civilising mission of western democracies in Africa.”

Such work gave him links with Africans fighting for freedom. When Kwame Nkrumah came to London in 1945 to study law, Padmore met him at the station and gave him a place to stay. It was the beginning of a long friendship. Nkrumah returned to Ghana as the country’s first president in 1956 and asked Padmore to join him.

Padmore’s memory is marked by a Blue Plaque on his Somers Town flat – and his legacy lives on wherever there lingers the injustice of empire.

• Professor Esther Leslie is leading a walk around Radical Somers Town on Friday, October 29 at 1pm, meeting at the Living Centre, Ossulston Street. Book via www.eventbrite.co.uk/e/black-activism-lunchtime-walk-st-pancras-tickets-175074932837