The pinnacle of the pineapple, missing figures and compost! 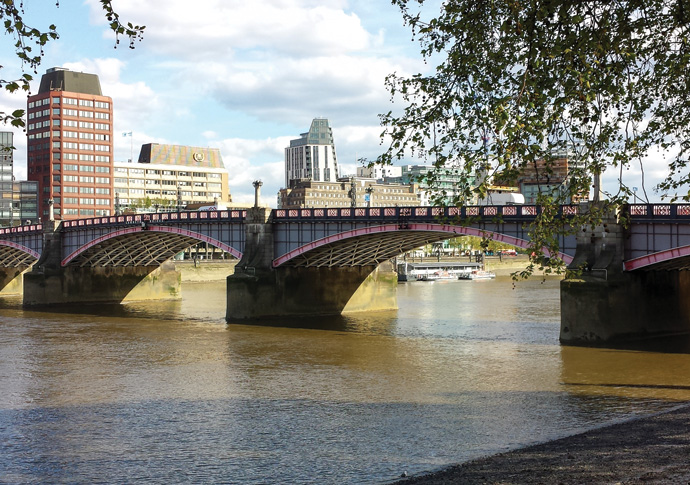 GOOD day, and welcome to this week’s virtual walk round our borough: as regular readers will know, since lockdown, we’ve linked arms and toured the history-laden streets of Westminster from the comfort of these pages.

Last week we parted at Bird Island, St James’s Park, and today we shall head south towards the Thames.

Our route leads us down Orchard Street, so named because it was once home to the apple trees for monks living at the Westminster Abbey.

This thoroughfare was home to the eccentric author Thomas Amory in the 1700s, a renowned polymath whose works covered a range of natural sciences.

It was from his home in Orchard Street he penned The Memoirs of John Buncie, in 1766: it told the story of the title character, who was married seven times. Each wife described encompassed Buncie’s idealised vision of the traits a woman should have.

It seems he never had much luck meeting someone who covered all bases – he lived the life of a recluse, only heading out of his house after dark. It did him no harm: he lived to 97 – a very good innings for the time.

And now, companion, on to Victoria Tower Gardens, where Diary would like your help to solve a decades-old mystery.

As we wander through the little park nestling west of the Houses of Parliament, we shall pause by the Buxton Memorial, and consider the fate of eight British leaders that decorated its plinth.

This striking piece of Victoriana dates from 1856 and celebrates the MPs who fought to have slavery abolished.

It was paid for by Charles Buxton MP, the son of Thomas Buxton who along with the likes of William Wilberforce, Thomas Babington, Henry Brougham and Stephen Lushington were key campaigners to outlaw slavery.

Costing £1,200 to build, the designs included eight figures who had ruled Britain – starting with the Briton Caractacus, followed by Constantine the Roman, it also found room for the Dane Canute and Saxon King Alfred until it reached the age of Victoria.

Originally in Parliament Square, in 1949, after a tweaking of the road layout, the statue was put into storage.

And while in the care of the London County Council, tucked away in a shed somewhere, the fountain caught the eye of unscrupulous persons unknown.

Four of the figures were stolen, never to be retrieved.

And that was not the end of the memorial’s woes. 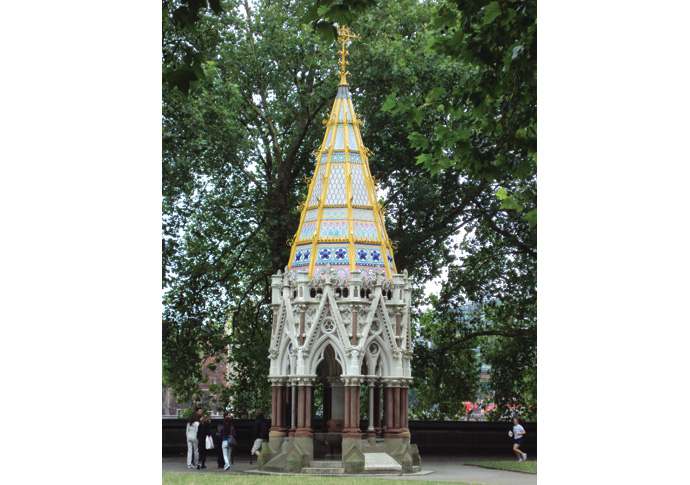 The Buxton Memorial in Victoria

It re-appeared in the gardens in 1967 – and after just four years enjoying its new, Thames-side view, the remaining four figures were filched. Eventually all eight were replaced by fibre glass looky-likeys, but the mystery of what happened to the originals remains.

If only, some might say, it was this easy to dispose of those making decisions on our behalf today.

Now, we head west and gaze at the elegant span of Lambeth Bridge.

Londoners have been heading north to south and south to north at this spot for centuries. It was built at the site of an ancient ford, and is said to be the site of an important Roman crossing.

It became known as the Horse Ferry in the medieval period, as a shallow-bottomed boat was stationed there to link the archbishops at Lambeth Palace and the Palace of Westminster. The first bridge was built in 1860, but did not last – the steep approaches were too tricky for horses, and the five suspended sections soon rusted, making it necessary to replace the span in 1932.

What remains of the original bridge are the striking obelisks at each end, which are topped with what at first glance looks like pairs of that odd Victorian architectural obsession, the pineapple.

Ah, the pineapple – a symbol of great wealth and status after Columbus brought the fruit back form the new world.

Their high price in Georgian and Victorian times was such that to have a pineapple was the height of sophistication, or extravagance, depending if you were sitting or serving at a dinner table. And pineapples are everywhere in London architecture, so it stands to reason that the obelisks at Lambeth Bridge should include such finials – especially as the legend has it they were included as a tribute to the great horticulturist John Tradescant the Younger. Chief gardener to Charles I and celebrated botanist, he grew the first pineapple in England and introduced such beauties as the magnolia and cypress pine to Britain.

His family’s estate stretched through Lambeth up to Westminster, where the bridge is found, and as well as collecting plants, he and his father John the Elder were avid collectors of curios. The items hoarded by the Tradescants – which they named rather grandly as the “Musaeum Tradescantiarium” – ranged from Native American artefacts, ancient manuscripts, coins and taxidermy of weird-looking creatures they’d shot on their travels. It was claimed they also owned a piece of wood from the cross Christ was crucified on, a mermaid’s hand, and a baby dragon.

The collection caused grief for the family after John the Younger’s death. He had struck a deal with Elias Ashmole, the man who would establish the Ashmoleon Museum at Oxford, to take his collection once he had passed.

However, it appears he got cold feet and his wife Hester tried to undo the deal. Meanwhile, Ashmole was not so easy to put off. He moved in next door to the Tradescant house, cut a hole in an adjoining wall which he used to remove choice items against Hester’s will. He countered accusations of sneaky behaviour by besmirching her reputation through accusations that her compost heap was so large, thieves had used it to scale his garden wall to steal his hens and roosters.

Things did not end pleasantly for poor Hester. She was found dead, in mysterious circumstances, face down in a pond in her back garden.

With her out of the way, Ashmole took the collection.

Meanwhile – back to the pineapples. On closer inspection, the idea the obelisks were topped with John the Younger’s fruit quickly crumbles. Instead, the finials are pine cones: considered ancient symbols of good luck, civil engineer Peter Barlow decided he would like four of them welcoming travellers on to his bridge.

On that note, as we watch Old Father Thames swoosh beneath us, until next week.