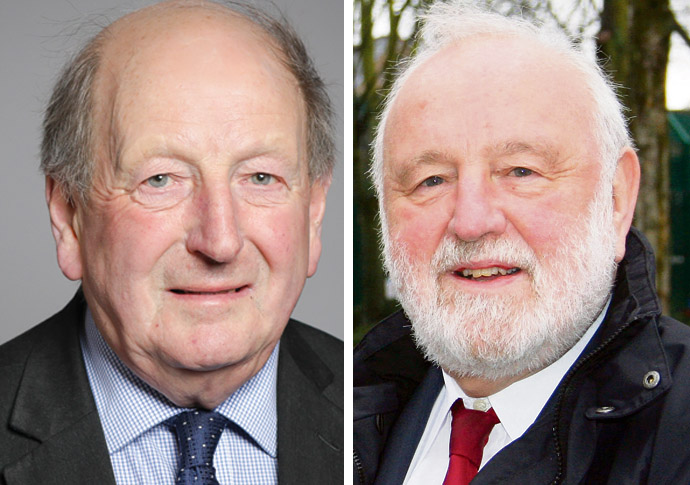 I RANG Lord Berkeley at an awkward moment on Monday at his home in the Scilly Isles. All flights to the mainland of Cornwall had been cancelled because of the pandemic.

He felt frustrated. He could not visit his wife, who is in hospital, and he could not take his weekly seven-hour “commute” by train to the House of Lords where he is recognised as an environmentalist and a famous engineering tunneller.

Lord Berkeley, who is 81, was a key engineer of the Channel Tunnel built in the 1980s.

He has been a sharp critic of the HS2 scheme as a waste of an ever-spiralling railway bill, now estimated to tip £140billion. He is also a warm supporter of HS2 protesters, describing them as “socially conscious and willing to risk their careers, lives for the benefit of the health and wellbeing of the nation and natural environment”. 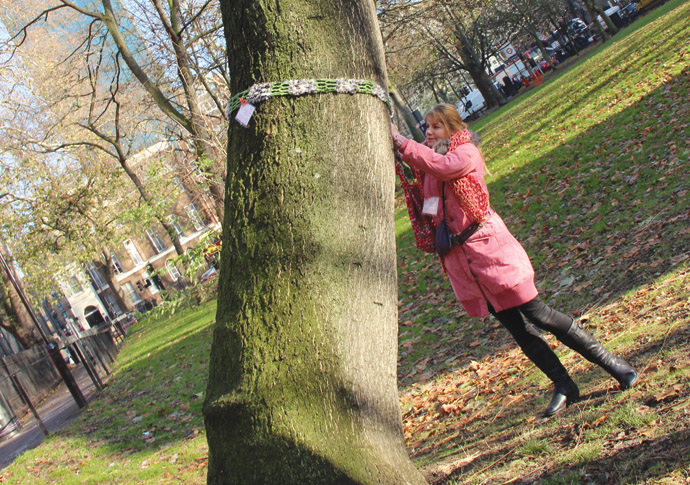 As we talked, Lord Berkeley wanted to know the latest about the Euston Square tunnel protest that started a week ago. He knows some of the tunnellers, including “Swampy”, and doesn’t disguise his admiration for their protests. He has made expert witness state­ments in support of the protesters against HS2.

Ever since the HS2 scheme emerged more than 10 years ago Lord Berkeley has been in the phalanx of opposition, along with the late Frank Dobson MP who argued that the HS2 train should end at Oak Common in West London – and that more should be spent on regional rail projects in the North as demand for intercity travel declines.

The protests in Euston Square highlight the different levels of opposition – resistance to what is thought to be the wrongs of society can take many forms. 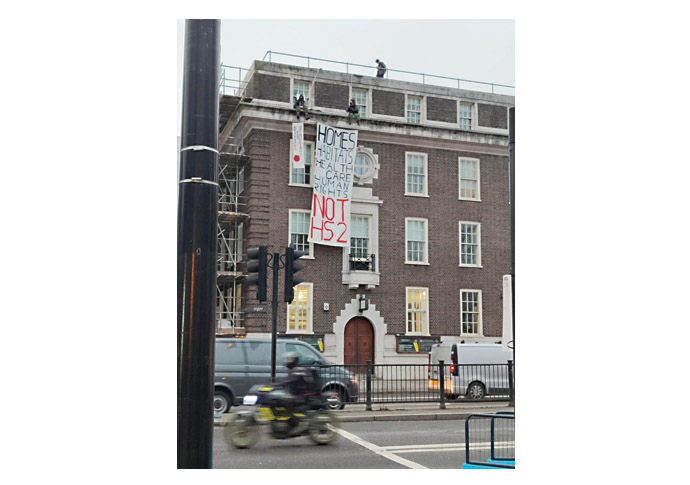 Yesterday (Wednesday) protesters abseiled down the façade of Friends Meeting House in Euston and unfurled a poster supporting the tunnellers as dozens of protesters began to assemble in the Square.

Local residents began to turn up in a steady trickle last week, handing out food to the protesters in the trees; councillors were implored to protect the tunnellers especially those thought to be in their early teens.

Though tempers flare and passions rise in the Euston Square protest, there are also other forms of resistance – quiet, seemingly, passive.

Who would have thought that crocheting a scarf that would be wound round a tree threatened with destruction under the current HS2 scheme could be considered a form of “resistance” – but it is.

A keen ecologist, Jo Hurford, who lives in Bloomsbury, has been supporting the protesters for months – by crocheting exotically designed scarfs which she carefully winds around trees. It reminds me of an observation by the philosopher and writer John Berger who thought that acts of kindness, gratitude, a generous gesture, are all part of the ebb and flow of public opinion.