George Pottle, travel agency boss who was spied on by Special Branch 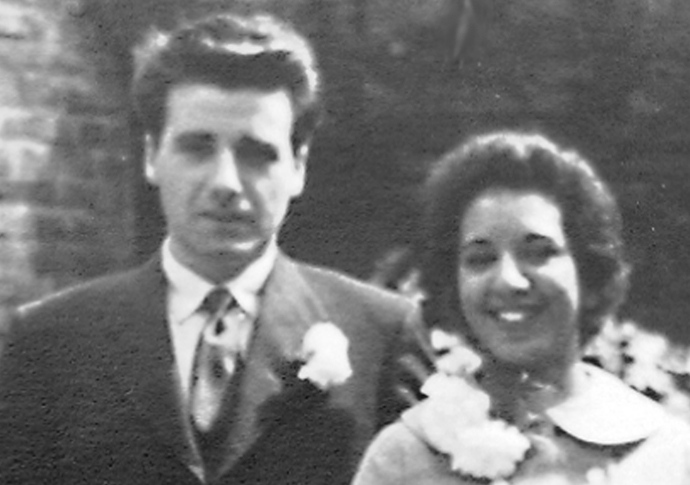 George and Josie on their wedding day

GEORGE Pottle, who has died at 86, finally lost his patience after being spied on for weeks by Special Branch who hoped he would lead them to his brother Pat who was on the run after a protest at the Wethersfield American airbase.

At that time in the mid-1960s George was the managing director of a Marylebone-based travel agency with links to the communist powers and had just arranged visas for a trip by a senior Tory minister Quintin Hogg.

Fed up with the day-and-night surveillance by Special Branch, George rang Hogg and asked him to “Call off your men!”

Soon after George’s telephone call to Hogg, Pat, a committed anarchist, gave himself up and was imprisoned at Wormwood Scrubs. And it was there that he and two other prisoners sprang George Blake, a Soviet spy facing a 40-year sentence. They got him over the wall with a rope in an escapade that smacked of an Ealing comedy film, hid him in a Hampstead flat, and then smuggled him to East Germany in a camper van.

George Pottle was the first born of five boys who grew up in a working-class household in Paddington where socialist ideas flowed. And their father Harry, born in Highgate, had been jailed as a conscientious objector in the First World War, later becoming a leading shop steward in the Cowley car works, while their mother was a fervent Irish republican.

George and his brothers were evacuated to Oxford at the start of the Second World War and he and his brother Harry, the only survivor of the Pottle boys today, went out distributing leaflets for the Labour Party in the 1945 general election.

After starting work in Paddington at 14, George fell victim to tuberculosis and spent more than a year in hospital.

In his 20s he joined the Young Communist League in Marylebone, and he often talked about how he found himself in a left-wing bohemian world meeting celebrities at parties like film director Tony Richardson, the prominent QC John Platts-Mills, and the best-selling novelist Patrick Hamilton.

He regarded all this as part of his self-advancement and looked back on the period as his “university”.

He developed an interest in jazz, classical music and art and then began to study accountancy. This led to a post as a book-keeper at the offices of the Communist Party’s paper, the Daily Worker in Farringdon Road.

Tall, suave, though a ­little shy, George turned a few female heads in the YCL, eventually settling down with a fellow party member, Josie Warawi.

In the early 1960s he moved to a travel agency, Progressive Tours, formed to improve links with Eastern Europe during the Cold War.

He soon became its managing director, travelling extensively to Eastern Europe and mixing freely with the higher echelons of the Soviet apparat.

He and his wife lived mainly in Camden Town in the 1960s until he decided to follow his brother Pat who had set up a printing workshop in north Wales.

For a few years George continued as MD of the travel agency in London, returning home at weekends. But in the 1980s, he gave up his position, and became an antiques dealer working from his home in Snowdonia.

His wife Josie pre-deceased him. Their daughter Gina lives in West Hampstead.