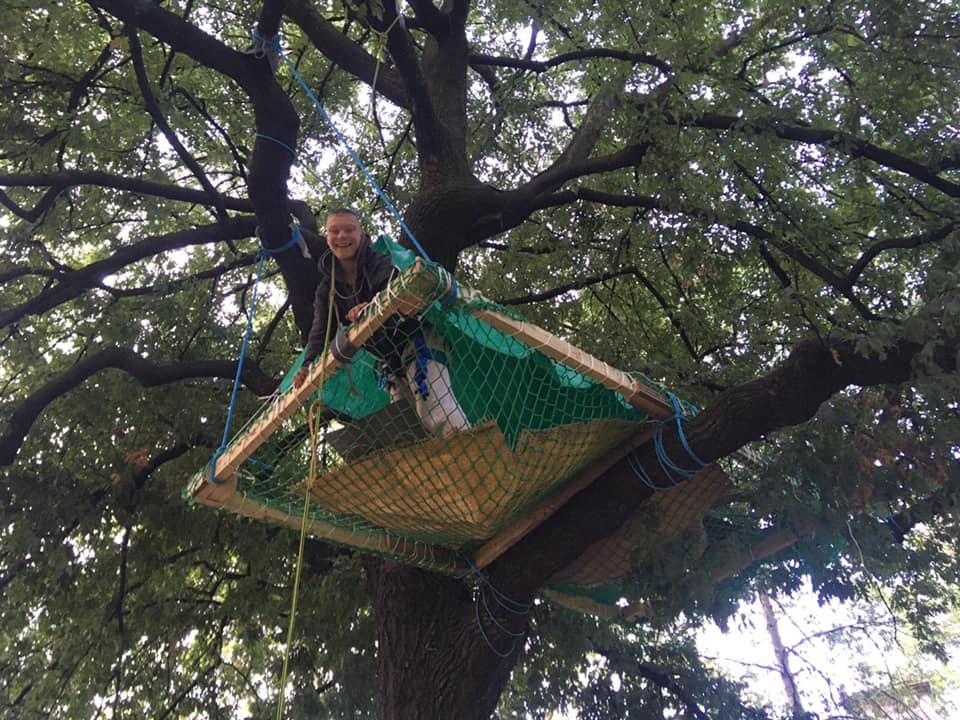 HS2 Rebellion have set up a camp in Euston Square Gardens

WHO would have thought that, more than a decade ago when HS2 was first proposed, it would be the railway’s impact on the environment that would spark direct action in Camden?

HS2 Rebellion, whose members have set up a camp in Euston Square Gardens and scaled Hampstead Road trees this week, is breathing much-needed new life into the campaign against the £106billion scheme, (Protest camp aims to save ancient trees from HS2 axe, September 4).

There have been so many outrages over the years but the fight has rarely been taken to the streets. HS2 has compulsorily purchased thriving businesses and knocked down council homes. It has shut small parks, children’s playgrounds and exhumed a former burial ground.

Replacement housing has been built on small pockets of estate open space and children’s play areas. Its meagre compensation scheme has helped a handful of wealthy home-owners while council tenants left on the estate are now trapped in unbearable conditions.

Air conditioning and noise insulation units have not been fitted. Lives have been thrown into chaos and in some instance lost.

An entire generation of schoolchildren have grown up only knowing the sound of HS2 construction and the thunder of pollution-spewing heavy goods vehicles around them.

The railway has bulldozed on as elected politicians from both main parties waved the scheme through regardless. Huge profits will be made from the land and all for a railway no one wants.

When HS2 chainsaws came for trees outside Cartmel at 2am last week, there was more a weary sigh of acceptance rather than any mobilised protest.

There was one memorable demonstration at the former National Temperance Hospital site as high-paid HS2 executives were jeered and rattled by the fury of residents living nearby.

Other than that, thousands of objectors in Camden have been browbeaten and exhausted by failed attempts to appeal through official channels. Their outrage fizzled and died in the corridors of Parliamentary committee rooms and appeal courts.

HS2 Rebellion is showing the project in a new light. To its members, the railway is part of a system that is certain to bring about environmental disaster and societal collapse in our lifetimes.

In that knowledge, the obvious response is to take direct action. “We are in the end game now,” says Dr Larch Maxey who was arrested this week after living in a tree for five days.

They need more people like him down in Euston Square Gardens.