Unsafe return to grassroots sport could be an own goal 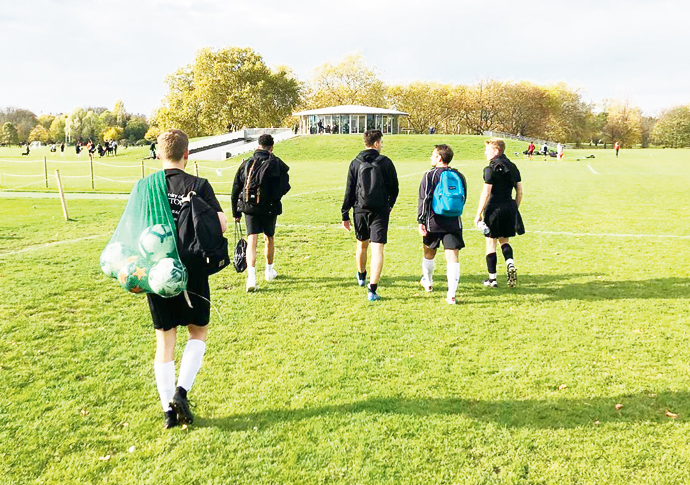 SATURDAYS have not been the same during the lockdown, and not just because of the pause to Premier League football.

There has been nothing short of a bereavement from grassroots sports players, young and old, since the ban on competitive sports more than two months ago.

Hundreds of young footballers in Camden have been missing the cut and thrust of the Regent’s Park Youth League, for example, or the simple joys of kicking a ball about with mates in one of Camden’s many five-a-side estate cages.

Parks have been packed full of joggers and cyclists, but there have been no sounds of heavy tackles, no referee whistles, no shouts of “man on!”

Our newspaper has been all the poorer without the stories of young boxers, swimmers and budding athletes collecting medals on the weekend.

Instead, many teenagers will have sat at home glued to screens, stewing in pent-up energy. No doubt parents will have noticed changes in their children’s temperaments and physique.

Older players, too, working people, who rely on contact sport and their only exercise, will have felt their muscles deteriorating and stomachs starting to protrude.

For many, these games – and the camaraderie that comes with them – are as much a part of life as education, work and family.

The government’s announcement today of a taskforce to restart leisure facilities and park sport is welcome.

But it is hard to see how grassroots sport – without the financial backing of the Premier League that affords for testing, cleaning and protective equipment – can return anytime soon.

THE hawks in the government are at it again: they have got their eye on what is, for them, a prize piece of booty.

They are after taking away the Freedom Pass from the elderly.

They have had their eye on it for some time and have been waiting for the right time to strike. The very idea of free public transport is anathema to them. They sense they can start dismantling the system by taking advantage of the hapless financial situation that TfL now finds itself in.

They have started by ending free travel in the rush-hour, assuming the public would see it simply as an attempt to help social distancing.

They know they control the purse strings and have virtually imposed the rush-hour ban on TfL.

Pension campaigners fear – understandably – that eventually the hawkish wing among Conservative MPs will next try to nibble or end the triple-lock arrangement that protects the financial sanctity of state pensions – a reform introduced by the Coalition government that pensioners, who do not benefit from a private pension, have benefited from.

It became, for the elderly, one of the most popular and significant reforms of the past 50 years. The hawks are aware of this. The battle lines are now being drawn up for its survival.