Vexed questions over those vaccinations 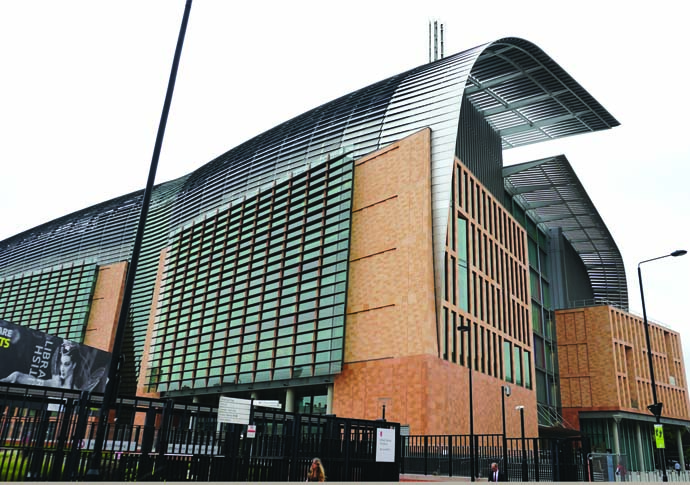 I GOT a shock as I sat down to wait for my Covid 19 vaccination at the Francis Crick Institute in Somers Town, on Tuesday afternoon.

I discovered that the Institute had decided to switch from using the Pfizer vaccine, the first approved for the nation’s rollout of the vaccination programme, to the Oxford-AstraZeneca vaccine which was approved later and is thought by some to be more effective.

I had already begun to adjust to the eerie emptiness of the large spacious atrium where a row of empty chairs and waiting staff faced me. I was the only person waiting for a jab, it seems.

It seems the decision to switch from Pfizer to another vaccine follows in the wake of a controversy that has been building up in the past few days in the medical world over the effectiveness of a recommended delayed second jab.

After Public Health England – with government backing – announced that the second Pfizer jab would be delayed from 21 days to 12 weeks, disquiet grew among doctors and health experts, leading Dame Joan Bakewell
to seek a judicial review of Whitehall’s decision.

A detailed analysis of the pros and cons of each vaccine was set out in the British Medical Journal on January 20 by a group of experts which concluded that the “current UK strategy…is an experimental study without pilot data…and that Public Health England should be prepared to revisit and, if necessary, reverse their decisions based on emerging scientific evidence”.

It refers to a “real world” analysis by Israeli officials of 200,000 people whose first dose of Pfizer vaccine shows efficacy of 33 per cent, far less than the 89 per cent stated by the government body.

The experts urged the government to reconsider their backing of a 12-week wait for a second Pfizer jab.

The Crick – under the aegis of UCH – it seems switched, having used Pfizer vaccine in the last week. And on Tuesday the change was made.

I had had my doubts about Pfizer for more than a week. I had heard of frustrated hospital doctors, many of black and brown ethnicity and more prone to Covid infection, being denied a second jab before the allotted time. This had resulted in all sorts of back-door attempts to get a second jab – including waiting for “spares”.

Waiting for spares? This comes about because Pfizer vials have to be kept at 75 degrees below freezing with a “life” of only five days after they are removed from the freezer. This means that as the fifth day approaches there are extra vials around through cancelled appointments. So, I knew of one or two doctors who had persuaded their GP to give them the “spare” as a second jab!

The doctor at the Crick explained that the switch had come into operation on that day, Tuesday, and that up to then staff had been using the Pfizer vaccine.

She seemed convinced by the arguments in favour of the switch, and who was I to complain?

I must say that the doubts expressed about the Pfizer vaccine – millions of whose dosages are planned to be used by the government in the next few weeks – fitted in with what I had heard among doctors and read in medical journals.

If the decision to switch vaccines has been made by the UCH and endorsed by practitioners at the Crick and Wellcome then it may well persuade other vaccination centres to follow suit.

It’s a decision that perhaps can change a lot of minds in Whitehall, as well as cause a debate in the world of big pharmacological companies.

• The vaccination was carried out smoothly taking a few seconds. There have been no side-effects. Vaccinations are not a “magic bullet” but will reduce and control the scale of the infection.