We need a new approach for cleaner streets 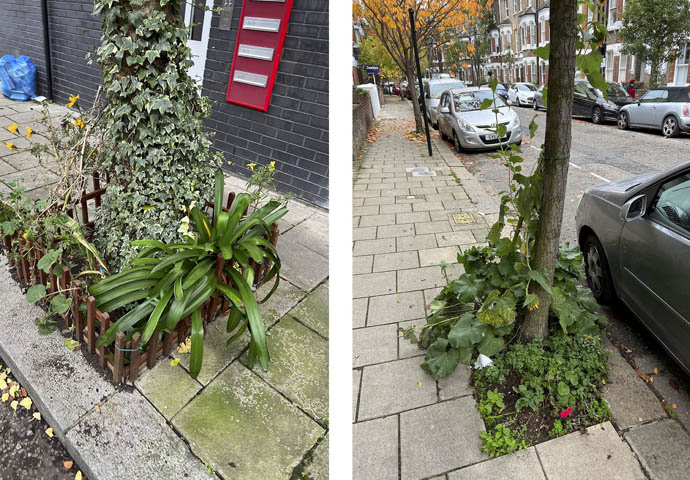 • WITH mounds of illegally-dumped rubbish all over Westminster, on street corners, by the big black bins, and by trees and lamp-posts, we need a new approach to keeping our streets clean.

One way must be to get tough with the dumpers with instant fines for illegal rubbish dumping. Another must be to install CCTV at the most notorious “hotspots” so that those responsible can be caught.

Another, more positive, approach should be to deter rubbish dumping at the side of trees by following the example of residents in Hormead Road, Ashmore Road and elsewhere.

All along Hormead Road the bases of the trees in the street have been turned into little planters (see above). Local residents take care of the plants and all evidence of previous rubbish dumping has stopped.

Residents in Mozart Street now want to take care of the tree bases to stop the daily rubbish dumping at the corner of Bravington Road.